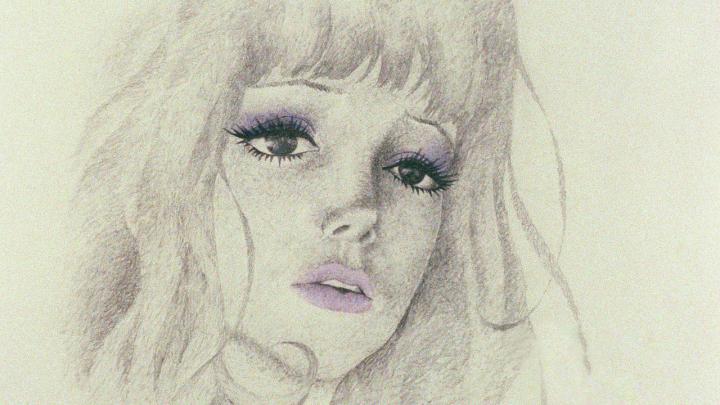 I could only have guessed as much that Belladonna of Sadness had played a critical factor in bringing attention to adult animation back when it had come out but for as beautiful as it may have looked, I also had found it extremely unappealing. It was a troubling experience because I recognized that there was so much about Belladonna of Sadness that was absolutely masterful, but it also mixes together with so much that also did nothing else but leave a bad taste in my mouth as they went on. Considering how this subject matter was taboo at the time for an animated feature, there’s still a reason to find one’s interest in Belladonna of Sadness growing because if went beyond such for the time, and it still does feel provocative but not for the best.

Based on Jules Michelet’s Witchcraft, Sorcery and Superstition, Belladonna of Sadness is a film that tells the story of Jeanne, a woman who, on the day of her wedding, is raped and eventually abandoned by her husband before meeting the devil, and the rest of the film follows what she becomes after her subjection to humiliation as it grows worse. One can tell that the director had intended to provoke his own audiences in such a strong manner with the sort of story that is being told here, but it never did result to a good film at that – it was instead something that was recognizably beautiful yet also immensely discomforting.

To get the obvious comment out of the way, the animation still looks lovely today as it did then. For the time, I can only imagine that it was some of the most inventive to have graced the screen and to this day I’m not even sure if I can ever find myself naming another film that carries a similar animation style. It wasn’t designed just like any other anime film like we would recognize from Japan even today, and the limited animation only adds more to creating a psychedelic experience that brings back memories of Yellow Submarine, but these arresting images do not prove themselves to be enough to masquerade a troubling experience as a thought-provoking work of art.

What I do find most troubling is the manner to which its content is depicted. I had only found a sense of discomfort growing inside me from the fact that the film is reveling in the sight of provocative imagery whether it be from the nudity or the violence, but I could never get past the manner to which it portrays sexual assault for it’s clearly designed in such an arousing manner and I don’t find rape erotic in that manner, but rather disgusting. And it isn’t completely unnecessary in the story to which is being told here, but considering what more is Jeanne going through after the beginning rape sequence, I only found myself repelled by the film’s obvious intention of arousing. And considering how much of the film is drenched in the sexual imagery, I was only waiting for it to end because it was at a point it only seemed ugly to my own senses.

Its visual metaphors are never particularly subtle, but considering they are what drive Belladonna of Sadness, I only kept thinking to myself about the fact I was never drawn to the story because a constant stream of phallic and sexual imagery only seemed there to purpose a need for nudity and the perspective to which the narrative is being formed from never drew me closer either. It was at the point where the story had found itself feeling lost in a stream of sexual imagery, only finding more reasons to have such a provocative image presented for the spectator’s eye – not leaving much time for them to have an interpretative meaning, and instead just feeling like the director only intends to show off what they can do as a means of “provoking.”

Belladonna of Sadness most certainly is still a provocative piece of work, but more on the count that it feels exploitative rather than thoughtful. Which is a shame, because the animation is still something to behold and it was ultimately what had kept me watching. I’ll also give the film credit on the count that it was certainly designed to be a provocative piece of art, but at the same time it wasn’t a provocative work in a good manner to my own eyes. For as much a trip as Belladonna of Sadness had managed to provide for the eyes, it still was not enough to shield a discomforting narrative from a troubling experience. Perhaps it feels nice to watch such a film on the count that it doesn’t fall under the traditional anime that people have grown accustomed to over the years, but on that count I still feel I was watching a meandering hentai.

All images via Mushi Production.