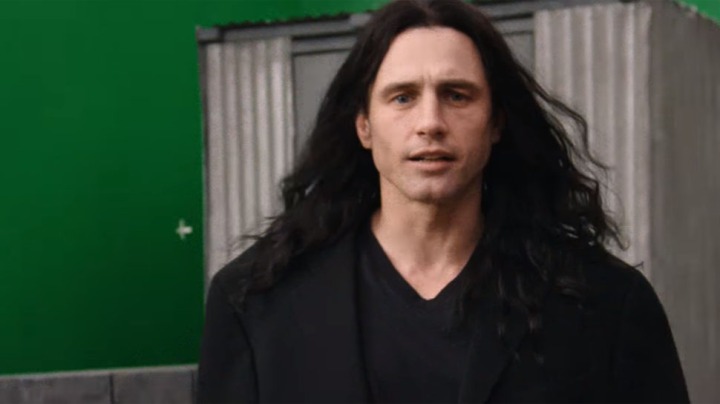 James Franco goes behind and in front of the camera to tell the story of the making of the infamous 2003 cult film The Room, often regarded as one of the worst movies ever made. But Tommy Wiseau’s The Room has enjoyed another reputation of its own because it’s already an enigma, it’s difficult to truly put together how it was even made because even the most skilled filmmaker couldn’t have been able to replicate its wonder. It was easy enough to be skeptical that a film about something of the sort would only be none other than a vanity project showing how well can Franco perform an imitation of such a unique entity, but through The Disaster Artist he also created a more empathetic and even cynical picture that goes beyond my expectations. 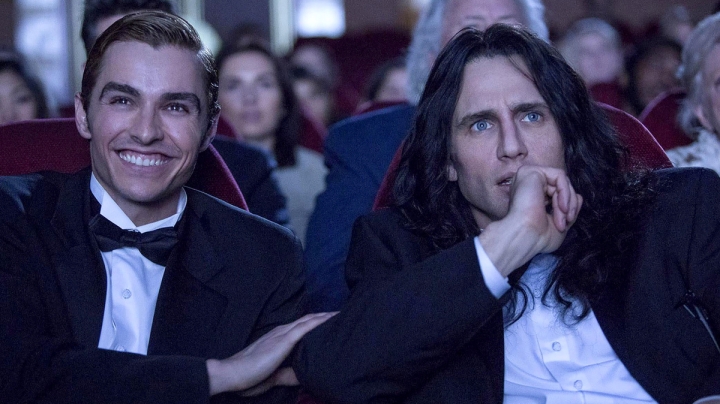 No one really knows the answer as to where Tommy Wiseau was from. As many people who would watch The Room for the first time would wonder, “how did something like this ever get made?” They were eventually answered by none other than one of the stars of The Room, Greg Sestero – who played Mark, the best friend of Johnny. In this story, Greg Sestero is played by James Franco’s younger brother Dave. Sestero, an aspiring actor, believes that he has found his calling card through the mysterious Tommy Wiseau – who takes him down to Los Angeles in search for their time in the spotlight. In a matter of time, Wiseau writes The Room and Sestero agrees to star, only for a more bizarre ride coming from Wiseau’s clear lack of experience behind the camera and mannerisms towards his own cast and crew – forming the enigma that we recognized The Room as.

From brotherly pairing of Dave and James Franco, the chemistry that they are able to form onscreen with one another is remarkable. Every moment of the two of them bonding together is brought to life perfectly from the fact that James Franco directs The Disaster Artist with an evident love for the subject matter. Despite the fact that liberties with the actual story are present, what Franco still presents with the case of The Disaster Artist is a chance to empathize with both ends of the spectrum. In Tommy Wiseau we recognize a more delusional portrait of the same dream that Greg Sestero has, but they know they wouldn’t have gone as far as they managed to do so without one another. The casting of the Franco brothers as Greg Sestero and Tommy Wiseau is fitting enough because that’s what makes their friendship all the more believable, like a pair of brothers who only would have wanted the best for each other.

The Room is a product that was formed as a result of Tommy Wiseau’s narcissism, and what Franco revels in when he is in character isn’t sympathetic, but that’s what we knew was inevitable in creating something that so evidently lacked coherence and felt so alien, we have been taken in by its oddity. In character as Tommy Wiseau, James Franco doesn’t hide any of it, but looking at how it has not only affected the process of making The Room but his friendship with Greg Sestero as a result – it’s where The Disaster Artist has always been a fascinating story to tell. We knew that Tommy Wiseau was like anyone else in Los Angeles, someone who went down for their calling to become a star to the point they wouldn’t even let a lack of experience stop them from hunting their dreams, and James Franco has left behind something so introspective about the matter at hand it still creates a fascinating figure. In Tommy Wiseau he pulled a great performance but also created an interesting case study based on how The Room was being made, where he evidently abused his cast and crew both intentionally and unintentionally.

Beyond that, the making of The Disaster Artist also in some sense is a clear parallel towards how The Room was made; with James Franco as Tommy Wiseau, the producer, and the director. But what exactly is this reflective of on James Franco’s end? While he is in character as Tommy Wiseau, he does shout “nobody respects my vision!” which is the clear sign of a delusion becoming reality. Tommy Wiseau was driven by this delusion to the point it was only himself that he saw in the spotlight over everyone else, and yet there’s something far more endearing to his character that made the process of making The Room as intriguing as one would have only expected it to become as a result. But Franco ends this story on the most fitting note, with a sign of optimism, the sort that best suits where Tommy Wiseau is set to go – and it celebrates The Room for how we have come to know it over the years.

What one would expect to see from a movie about the making of a product that is nearly as bizarre as The Room would get exactly what they expected to see here. But noting liberties have been taken with the story, I do wish that we could have gotten something that goes far more bizarre than what we know beyond the delusions of Tommy Wiseau that ended up setting the note for where his friendship with Greg Sestero was set to go. Nonetheless, the compassion that James Franco has for Tommy Wiseau is enough to make The Disaster Artist worth watching, because when he plays Tommy Wiseau, it isn’t just a mere impression of his antics that he is reflecting. It’s a portrait of how Wiseau’s narcissism would eventually come to bite him in the end, but it still leaves on the note he shouldn’t let anything discourage him – maybe learn far more. And as Tommy Wiseau would have wanted, he did make it into “real Hollywood movie.”