We always tell ourselves whenever there’s an Oscars ceremony that we don’t ever care about what they pick for Best Picture, because it’s always been up to us to decide how the films play for ourselves. But no matter how many times we like to reaffirm that the Oscars are ultimately just meaningless to our own opinions of the films themselves, the better question to ask ourselves is why do we keep watching them? I’m not of a mind that has ever believed in the Academy Awards as arbitrary to how we feel about the films that we watch over the years, but I always watch because they are also indicative of how the industry chooses to move forward in the future. When La La Land lost last year to Moonlight after an erroneous announcement, what did not come by was merely a victory for LGBT films in the sense that we were finally recognized by the Academy in their choice to award us Best Picture, but because odds were never certainly going to add up in its favour, it was a moment of triumph for aspiring filmmakers like myself.

It felt like a moment of triumph because there was no way that the Academy, from how they’ve selected their own Best Picture winners in the history of the 90 years that they have stuck around, we would never expect not only a minority’s story to be finally recognized but Barry Jenkins, a virtually unknown filmmaker at the time, would have ended up winning such prestigious recognition for what was his second feature length effort as a filmmaker. It gave people like myself the assurance that newcomers would finally have their chance to take the spotlight for themselves, boosting my general interest in what would become of the Academy Awards in the ten years that they have left before turning a century old.

As a matter of fact, the reassurance has only proven true with the fact that four of the Best Director nominees this year had never been nominated previously, and two of these also happen to be for solo directorial debuts. Those two who I speak of are none other than Jordan Peele (Get Out) and Greta Gerwig (Lady Bird), two filmmakers who happen to be part of minorities that have rarely ever so been recognized by the Academy. Although we’ve had one occasion in which a woman did win both a Best Director award as well as a Best Picture award (that one occasion being Kathryn Bigelow for The Hurt Locker), we have also had two black filmmakers winning Best Picture and yet not a Best Director award (Steve McQueen for 12 Years a Slave lost to Alfonso Cuarón for Gravity, the first ever Latin American winner of Best Director and Barry Jenkins lost to Damien Chazelle for La La Land). But even to speak of the mere quality of the films themselves, this also happens to be one of the strongest lineups for Best Director that we’ve had in a while. 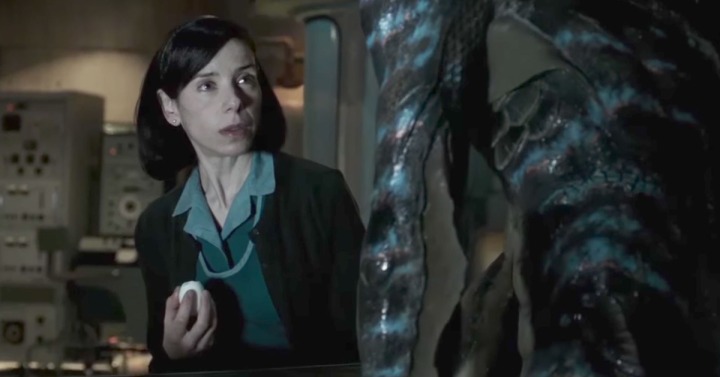 We also know already of the habit of the Academy Awards never to break away from their tradition of nominating films that would never prove themselves popular to mainstream audiences, but the pleasant surprise in seeing a nomination for Mad Max: Fury Road would have expanded forth in having two genre films up for Best Picture, with both of the nominees also being remarkable feats for their own kind. And those two that I speak of are Guillermo del Toro’s beautiful The Shape of Water and Jordan Peele’s terrifying Get Out. Because we rarely have ever had fantasy, science fiction, or horror being recognized by the Academy (only one fantasy film had ever won the award and only one horror film has won Best Picture with only six films of said sort being nominated), it’s more than simply reassuring for upcoming filmmakers with the urge for creativity as the Academy is only starting to show a sense of openness coming forth.

It opens a pathway for filmmakers of all sorts because of how challenging it can already get just to find your own calling card within the industry. But being a blogger who is still trying to gather up as much of a following as I can, it also feels like the film industry will find many more places for people like myself to speak their own voices to a larger audience if we know the Academy will be so kind as to recognizing those who they have ignored for so long. Being an aspiring filmmaker, just knowing that up-and-coming forces within the industry will have their calling card because we know for certain that a bright future will come forth, thanks to a reasonable audience building that will come forth as a result of the Oscars.

But of course, the recognition of minorities will be picking up backlash for those who insist that the Academy should only pick “based on quality.” It’s a fairly repetitive argument, so much to the point it only feels meaningless because it just repeats a specific routine that the Oscars have been sticking to, which only feels discouraging to newer voices. It feels discouraging when you know that this argument only sticks to circlejerking around the same voices that they have been awarding so many times over the years and if no change is set to come their way, it only kills interest in the Oscars in general and of course, this year isn’t innocent of that when Darkest Hour turned out to be not only a Best Picture nominee but Gary Oldman is the speculated winner for Best Actor. Sure, it sounds just like I’m putting so much stock into the Oscars themselves but why can’t I, especially when it’s a spotlight that deserves to be shared for filmmakers, old and new?

The film industry is a competitive world and it’s already challenging enough trying to get a project off the ground, but knowing that the Academy may very well be changing their ways to avoid circlejerking around the same one or two directors who can make films of the same sorts (historical dramas or biopics) to get themselves into the Academy’s spotlight – just the thought that newcomers are free to tell their own stories to get their time to shine is already a pleasing one, because we know that we’ll have our own opportunities to just express as we will to finally get our time in the limelight. Why just repeat the same three or four nominees when we know more artists are about to have their time to shine? Based on how awards season is heading this time around, it’s only reason enough that I’m looking forward to how the 90th Academy Awards unfold.

We only know for sure that if the Academy can follow along this path, as reflected beautifully by the nominations of Guillermo del Toro, Jordan Peele, and Greta Gerwig, then uncommon voices will feel more than confident that they will be able to find the recognition that they deserve within their future.