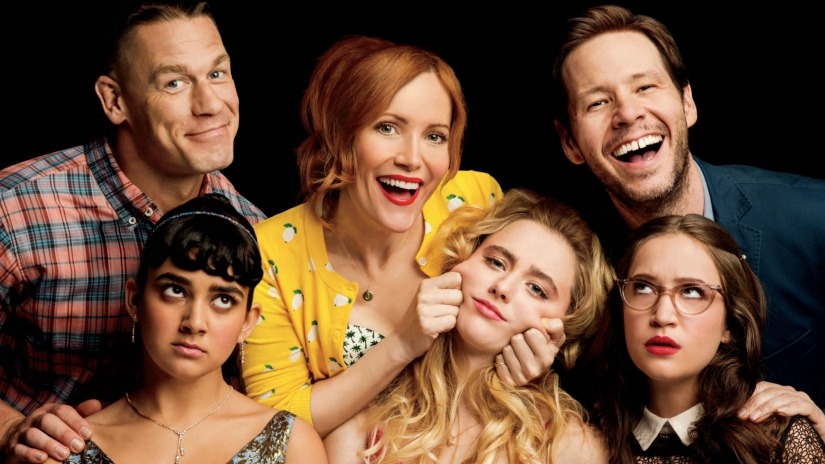 Who would have looked at the premise of Blockers, let alone one of the ads in order to get the idea that this film was actually near as funny or as heartwarming as it is? No, really – I had went into Blockers with low expectations because the trailers made it look awful and it also never really helped that I’m not terribly fond of teen sex comedies to begin with. At first, I was dreading Blockers but I found myself won over quickly enough, when the three daughters meet up at school, getting ready for prom night – and are about to discuss what they plan in order to give themselves an entry into the world of adulthood. I found myself won over because this didn’t only present itself to become just a gender-reversed Superbad but something smarter than just such – something I wouldn’t have been able to tell from the marketing. 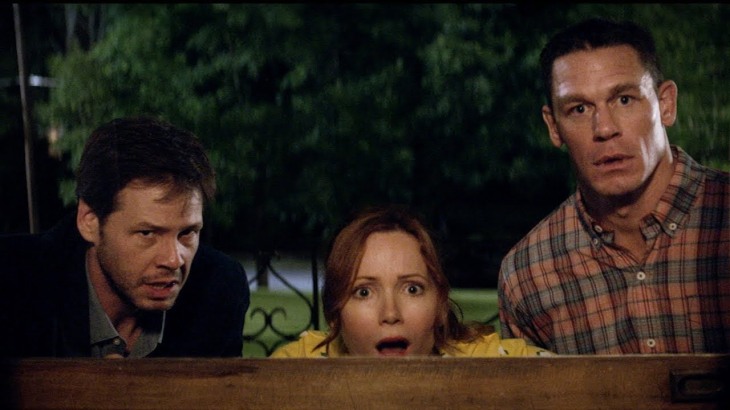 John Cena, Leslie Mann, and Ike Barinholtz all star as the parents of three different girls: Kayla, Julie, and Sam. As prom night is approaching, the girls decide that they will be taking part in a sex pact as a means of giving themelves a proper entry into adulthood before they prepare to leave their teenage years behind. Soon, the parents discover this pact and decide that they will be going after their children on prom night in order to stop their daughters from losing their virginity and protect their innocence. From the sound of that, it would be easy enough to think that Blockers would be a dumb comedy that reinforces a problematic double standard set by society regarding females and their choice to lose their virginity – only to have found myself watching something else completely different.

It was different in the sense that I had a feeling it would be just a role reversal of Superbad – only to have found that Blockersturned out to be more empathetic and progressive than I would have initially expected. It’s progressive in the sense that it celebrates the right perspective but also empathetic when you think about how much it understands the motivations that both sides have for why they respond to the scenarios in the way that they do – essentially creating a more heartfelt product present right from the surface. For a movie that was supposedly advertised as being about parents wanting to prevent their daughters from losing their virginity, what I didn’t expect to find myself feeling about it was moved by how Kay Cannon builds the relationships between parents and children, and how both sides cope with the fact that one is moving into a new stage of their life.

Whatever it is that you take a role-reversed take on Superbadto be, what Kay Cannon manages to take on in Blockers makes fun of a problematic societal double standard set in place by a typical American sex comedy. Why is it okay for males to lose their own virginity as they please, yet females who have similar motivations are often shunned for their behaviour? But Blockers isn’t simply the same as your usual raunchy sex comedy, because of the way it subverts the shallow treatment of female characters present within this subgenre of comedy. But at the same time, it’s also nice to see that Kay Cannon celebrates their discovery of identity in a positive light – especially shown through one character’s own sexual orientation.

From watching this, I think it’s only fair to say that I may indeed have underestimated John Cena’s own talents because I always saw him as a man with a distinctive “tough guy” image yet I would not have imagined him in a role like this, where he so perfectly fits. The way that John Cena fits himself into this role with such charisma is already enough to carry the film the way it is. But the trio of parents as a whole are all likeable because of their chemistry, for how they manage to stick together amidst all the absurdity that they get themselves thrown into. But it’s nice to see that Kay Cannon never has their perspectives shown under an antagonistic light but rather they all have established a sense of connection between their children as a result of an internal crisis they are part of, and it somehow results in the film being more heartfelt than it even sounded like it would be – especially in moments that the parents share together with their daughters.

Who knew Blockers would have actually turned out to be a fun time? Who knew that a film advertised to be solely about parents not wanting to see their children transformed on the spot as the result of sexuality would have ended up becoming far more progressive than it sounded? I certainly didn’t, but I can already see this being a defining teen sex comedy for generations to come. This doesn’t always work, because I do wish that we had spent more time with the daughters rather than the parents and sometimes the gross-out humour can become a bit too much, but the intentions behind how Blockers came to be and what it is celebrating is admirable enough as is. Blockers may very well be one of the biggest surprises in a while.