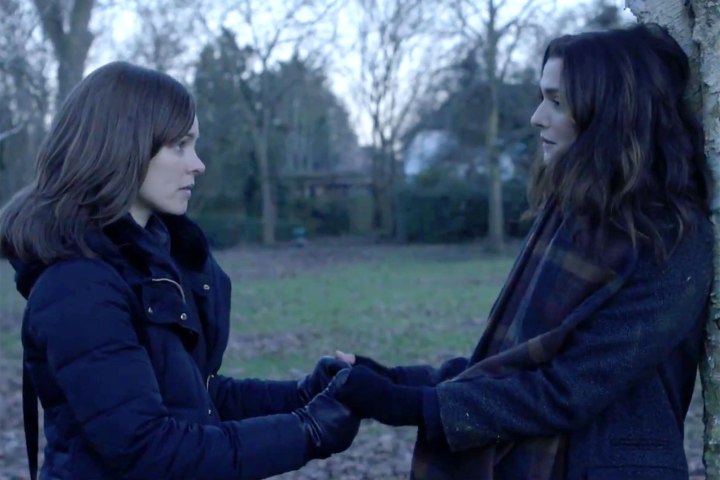 Sebastián Lelio’s Disobedience is a film that feels distant at the surface, but in that sense of distance you already find a greater connection between yourself and its characters is being made in how the two of them feel within this environment. In telling the story of a love triangle set within a world that leaves its characters feeling trapped, Lelio’s film feels disconnected from the world in which it is set in. But that’s only the least of what makes Lelio a filmmaker to look out for in recent memory, let alone for what would become the Chilean director’s first film in the English language. Yet for as much as I’m not exactly convinced that every aspect of Disobedience works, what I cannot deny is how taken in I was by this film’s empathy for the experience of living under a cover – a life of falsehood that one is forced to “obey” for their life. 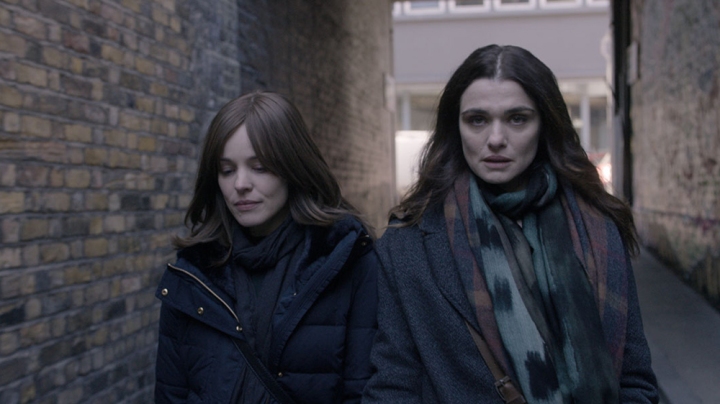 This film a tale of forbidden love set within an Orthodox Jewish community between Ronit and Esti, two friends who had not seen each other for years and reunite after the death of Ronit’s father. It’s normal to see most stories of this sort take place within conservative Christian/Catholic environments but observing a world that is defined by tradition already encloses you with the mood that its characters feel through close-ups emphasizing its characters’ faces, only seeing one another especially in the cases of Ronit and Esti. From the first close-up on their faces as the two of them spend time onscreen with one another, you already feel a greater connection being made between the two of them beginning to unfold into something more – inside a world that seems to move forward from a lack of love. You feel as if you are looking at this world through the eyes of Ronit and Esti, and the intensity of their chemistry evokes passion, creating something so much more beautiful.

Lelio’s visual eye is something that already stands out from the first frame onward, because the colour template already rings as feeling devoid of any real emotion. But as it progresses everything only becomes brighter as we see the romance blossom between Ronit and Esti, it only shines more with life. It’s impressive enough that Lelio can create something more intimate through the way in which Disobedience is colour-coded, because it it gives you a better look at how the characters feel within their society, merely serving one function without any sense of identity being formed for themselves in the process. Most of this can easily be felt within a contrast between sex scenes in which Esti is involved – she is married to Alessandro Nivola’s Dovid, and between the two it feels lifeless. Yet between Esti and Ronit, you already are convinced that they feel for one another and this scene only feels more moving. With equally astonishing performances from both Rachel Weisz and Rachel McAdams, the chemistry that the two of them share only feels so much more authentic.

It’s also not without its critiquing of how tradition is practiced, because oftentimes you see films set within conservative Christian/Catholic backgrounds often defined by a societal standard that places themselves above the rest. But never is it addressed the way that Lelio chooses to in which religion ends up overtaking one’s own sense of identity, especially with Weisz’s character feeling alien to something that she had grown up a part of for so long. As the relationship between Ronit and Esti flourishes, the two of them are only frowned upon all the more because the traditions of their own society do not ever give them the freedom to live their own lives as they please, instead it is shown to be more along the lines of a prison. This is a world where only what is seen is “normal” is embraced at the extent of one’s own sense of individuality, because one’s own identity seems to be something that others share as a means of sticking to what is defined as “tradition.” It is that disconnect that feels uncomfortable as an observer, and restricting for one’s own growth.

Although it was clearly made with the best intentions I’m not fully convinced that everything works as well as it should. When you look at a romance akin to the one between Carol Aird and Therese Belivet in Carol, there was already something blossoming from first encounter and it had taken its own time for the characters to truly realize what they’re meant for. In this film’s case, everything seems to happen far too quickly, only in about as much as a few days – especially because Ronit and Esti have not seen each other for a lengthy period of time. Being a huge fan of The Cure I also found the use of “Lovesong” to be rather jarring in the film’s context, because given the film’s setting it seemed somewhat out of place – in some way it could work to show Ronit and Esti’s placement within traditions that do not allow them to be what they wish, but I still find it was distracting to the tone of the film.

Yet this nitpick was still never something that I thought about as the relationship between Ronit and Esti was blossoming. It’s hard not to admire what’s quite clearly an accomplished effort on Lelio’s end, being his first film in the English language and it only makes me look forward to what he has in store for the future. In a world that is defined by constricting traditions, it’s hard not to love a film that stands up for finding what truly makes a person their own individual self especially if well-handled, and what is presented by Disobedience is something so moving because you know that they cannot stick to such a way of life if it is not definitive of themselves. Issues aside, Disobedience is a beautiful tale of a forbidden love told only with an honest set of eyes – this is a great film.

All images via Bleecker Street.