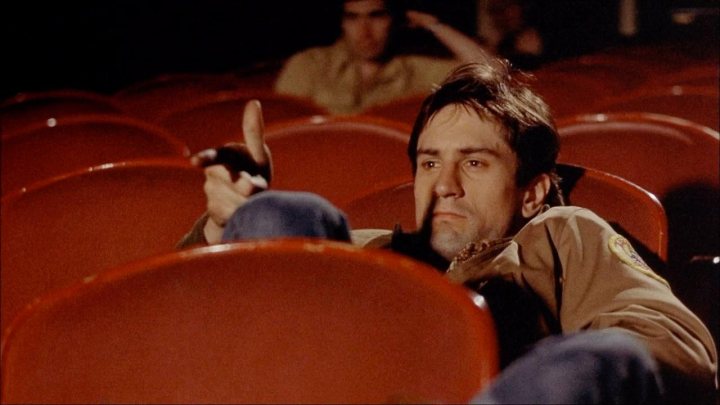 This was something that has been on my mind since I saw Hereditary and had a rather awful experience coming forth after a group of teenagers sat behind me and mocked the tongue clicks that Charlie had made all throughout. But because I don’t want to keep everything to myself being a downer, I do want to talk about a positive experience that I had for myself while I was seated in the theater, because I was lucky enough to have experienced Akira Kurosawa’s Seven Samurai in 35mm over at the TIFF Bell Lightbox. Of course, it was a film that I had seen numerous times since I had gotten into film but watching it on the big screen was not the experience that my numerous rewatches of my own Criterion Blu-Ray would provide because of course it was something that I had such easy access to.

In talking about what this experience did manage to show me, I felt like I was watching the film for the first time – almost akin to its initial release in Japan. But some ask the age-old question, what’s the difference between watching a film in 35mm or 70mm format and watching the film digitally? It is not exactly easy to answer this beyond the way the film looks, but at least preserving a film in such format would allow for it to have a sense of permanence, something that you wouldn’t find so easily when a digital film drive ends up getting corrupted out of the blue. But that’s not the point, for of course I already know that a classic film like Seven Samurai should be readily available for me to watch it over at home because I do own the Blu-Ray, so why do I still seek to go out to see it in the cinema?

At home, we’re still prone to distractions and sometimes we can doze off during a movie then and there – I know for a fact that it was certainly the case when I first had my chance to watch Call Me by Your Name without having to travel at that moment because I already made my parents drive me far enough just to see Moonlight. Of course, we don’t want something like that to happen especially when it’s a film that we happen to love a great deal, but the theater environment has also been helpful in enhancing my own love of film in the meantime. It doesn’t really matter to me whether I like the film or not but having a chance to see everything that I can in theaters when I can, is something I like to cherish. But we can’t always have perfect experiences no matter how much we try, and this is what will bring me over to the experience that I had with watching Hereditary – but knowing that my money is still going to be heading towards an artist that I respect a great deal in that sense, was still something that I know would make the experience watching the film at the very least worth it.

When I went over to watch Hereditary, my experience has been nonetheless awful. This was a film that I had been anticipating since the first trailer was dropped by A24, but if anything, it taught me this: never go to see a horror film with a packed house. The idea sounds neat, because I like being able to watch horror movies during the nighttime to feel like I’m creating the perfect atmosphere when I head out to the movies – because I know for certain that it was helpful when I watched Get Out last year, a film that would later go on to become one of my favourites of 2017. So what exactly made this experience so awful? Beyond the loud tongue clicks that a group of teenagers who sat behind me were making all throughout the movie, it also didn’t help that there was another audience member on their phone. There was a point to which I wanted to stand up and shout back to them, “Could you please be quiet?” but I couldn’t. After the movie, one of them had the courtesy to apologize on behalf of all his friends and I was willing enough to forgive them for the tongue clicks. I could tell from the way he talked to me in that moment that he already felt the same disappointment that I did, and I didn’t have to look back at them for nearly ruining the experience of watching a film that I was loving in the theater (Hereditary happens to be one of my favourite films of the year by far). But you’ll ask me, what does any of this have to do with how important the experience of watching a film in theaters is?

In the same week, I brought a couple of friends from high school over to the TIFF Bell Lightbox to see 2001: A Space Odyssey in 70mm. One wasn’t nearly as into film as I was, and the other is a person who I also am writing a screenplay together with. In the moments after the screening, what happened since was those same friends of mine was something that I know I wouldn’t so easily have gotten if I was just going to show them the same movie over at home. In the days since our viewing of the film in the theater, we still talked about what it was that we had seen then. We know after having watched the famed jump cut in which a bone turns into a space satellite, we hadn’t seen cinema the same way, because it’s not the sort of film that could have been made today, especially knowing the perfectionist demands that Stanley Kubrick would have enforced while he was making the film. We got to see it like we were watching it in 1968, when it was the year’s highest-grossing film. We talked about it like we know all the highest-grossing films of any year would have kept us talking long after having seen the movie.

Having conversations of this sort isn’t only limited to being with friends. When I went to see Love, Simon the night I had a chance to, I met a few girls who also happened to arrive to the screening early. We ended up talking all the way through the previews until the film started, and I was there to essentially geek out about what I’m most looking forward to seeing in the days to come. I never ran into the two of them again, but I still remember their names. In that moment I felt like I was in the company of people who understood what films would have meant to a person like myself. Sometimes I wish I had more encounters at movie theaters like this, but they almost never happen out of my own shyness ending up getting in the way, but the opportunities are always there for a person like myself. Chances of running into someone who is like-minded may be sparse, but you never really know until you’ve went out for yourself.

But despite all of this, it has never been so easy for me to keep going to the movie theaters as often as I know I would wish to. As a matter of fact, I’m very broke and my own life savings have already been spent. I’m struggling to even find a job, having already been rejected by numerous places to which I had applied and trying to support even my favourite contemporary artists has become even more difficult when I know I can’t afford to pay for a movie ticket as often as I wish. I know already that in part it may have also been because of how much money I happen to spend buying copies of said films on Blu-Ray as well as many of my own favourites so I can watch them whenever I wish, because I’m known to be such a huge Criterion fanboy around many of my friends and I try to buy something whenever I know I have that chance in my own reach. I create that image for myself that I have a lot to show for myself because my Instagram posts are usually dominated with my own movie tickets or whatever movies I purchase, but really, I’m just careless about my money and I don’t let it stop me from keeping me away from what I love most.

Nothing will ever take away how special I find the theatrical experience to be. But I don’t know how long this wonder will really last for me, if I don’t ever turn out as successful as I wish I could become. I suppose it would be enough to say I’m a dreamer, for I find that escaping into the cinema helps me avoid my own real-life problems the same way I imagine that it would for others. And you know what, it’s this escape that has also saved my own life in some sense too. If anything must be said, I’m thankful that I get to experience movies the way that I do, but I fear there will come a point my own harsh realities catch me escaping these fantasies and thus only the most fitting environment can give me the first-hand experience that I know I can live within, even temporarily. Of course, it is not uncommon to see cinema as an escape, but in feeling empathy for another life, in another place, sometimes it can be a way to learn more about the world in ways that we may not be taught – we just have to find out for ourselves. But that escape isn’t something that can last forever, just like we know that happiness we feel on the inside does. But why must it be so much to ask for, that’s the real question.