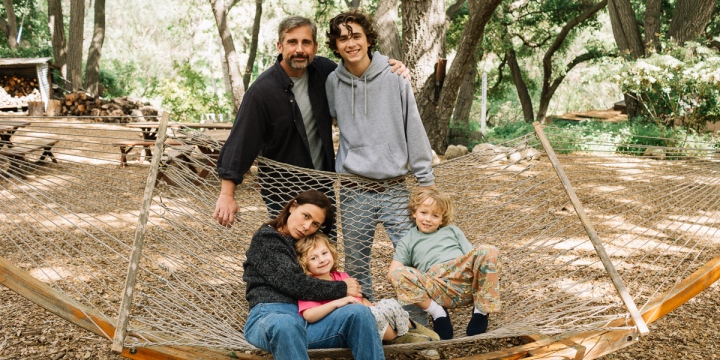 In 2017, Timothée Chalamet stole our hearts only to split them into two with his performance in Luca Guadagnino’s Call Me by Your Name for which he became the third youngest Academy Award nominee for Best Actor (behind Mickey Rooney and Jackie Cooper) – and now he’s here to split them again in Felix Van Groeningen’s Beautiful Boy. But like his role in Call Me by Your Name, he’s also never letting go of the audience’s ability to resonate with a character much like that of Elio Perlman now that he’s here to portray the young drug addict Nic Sheff in Van Groeningen’s English-language debut. Prior to seeing Beautiful Boy, I was only familiar with Van Groeningen’s work through The Broken Circle Breakdown, a film that I did not expect to like nearly as much as I did given how sappy I found it to be, but with Beautiful Boy he ventures into another territory certain to tug onto one’s own heartstrings. And for a first film in the English language, Beautiful Boy isn’t only an impressive entry, but its approach to such delicate subject matter also makes it one of the most harrowing viewing experiences of the year. 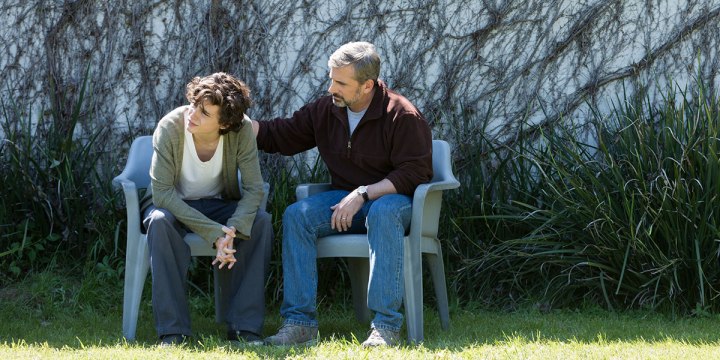 Based on the memoirs by Nic and David Sheff, this film details the strained relationship of a father and son as they try to keep together despite Nicholas’s own addiction to meth. Within the confines of being a movie all about what it’s like to struggle with one’s drug addiction, the film explores how David has tried to maintain a healthy relationship together with his son and tried to help over the years – but also how Nicholas’s struggle to find a sense of independence has led him down the path to which he had taken. It’s fitting enough that the film’s title comes out from the name of the memoir capturing David’s side of the story because it also helps you with getting a sense of what it feels like for him to want to do what he can in order to provide his son what truly will help him for the better, but with Nic’s perspective you also see that there is so much more being overlooked. Perhaps this unveiling is not unfamiliar to telling stories of strained parent/child relationships but Felix Van Groeningen’s approach feels empathetic towards the struggle without sugarcoating its subject matter.

As I sat there to watch Beautiful Boy, I was already being reminded more and more of the many strains that have come by in my relationship together with my own parents – especially looking at how everything unfolds from Nic’s end of the story. I’m not a drug addict, but being a queer that still has to live within range of being reachable within my own family, Nicholas’s own struggle to find a sense of independence resonated with me so strongly. There’s so much that I wanted to explain to my parents about what I want to do with my life in the future, but in this current state it’s so difficult for me to even find a sense of happiness and I even put my own life at risk while I’m at it (right now, I still struggle with having to escape debt and finding a job to maintain a living for myself) for I never see my parents ever being fully present to understand what it is that I’m going through. Timothée Chalamet captures this complicated feeling so beautifully on the screen in a heartbreaking performance, but as this mixes together with seeing Carell’s end of the story it also makes every emotional beat feel even more genuine.

Felix Van Groeningen has often been one to look at such subject matter in ways that have also come off as being manipulative and even cheap yet there’s a stigma that he captures in Beautiful Boy that also allows it to deliver the impact it carries. Van Groeningen’s approach to the difficulties that drag addiction can place upon one’s own relationships with other people who one loves most isn’t shown only to be a struggle for Nic Sheff but for David – still coping with the fact that his son seeks to discover more for his own self but cannot under the trappings that his parents have placed him within. Of course, Nic’s addiction still retains its time within the spotlight but in looking at how this has also become a last resort for Nic – Van Groeningen and Luke Davies’s screenplay captures something so raw because you still feel a great difficulty coming on the inside arising from how one side cannot live without the other, among many things that hit rather close to home for me.

Everything in Beautiful Boy unfolds itself from two separate understandings of its world, fittingly enough when the original story was told from the two memoirs – one by Nic and one by David. Felix Van Groeningen is never judgemental of either side but always understanding of how complicated it can be to allow change, especially when it can come to the betterment of one’s growth. David still has this image set in mind that Nic is still his “beautiful boy” as told right from the many flashbacks, but Nic can’t grow up like this. And with Nic resorting to drug addiction in order to find a sense of independence, he only finds himself needing help more than ever. If anything, it just feels almost like a mirror of what I go through, and Van Groeningen’s sensitive approach to such a subject truly sticks its landing. He doesn’t show Nic’s drug addiction under a dehumanizing light, but as someone who still needs guidance and freedom. And from there on, it just really stung for me.

This may not be a perfect film but I felt like this was the sort of film I needed most during the moment because of what I had been trying to make of my life with the fact I’m still under the control of my own parents. I don’t know if I can put up with being the “beautiful boy” they raised me as, but I feel like it’s hard enough trying to figure out if I can really live completely on my own without their help. It’s a complicated feeling, just trying to describe how trapped we really are especially when we recognize ourselves as being in an age where we know we must start feeling independent. Sometimes we can’t really tell what our parents want us to become, especially if they’ve been here for us as long as they have – but as Felix Van Groeningen shows us here, he just knows it’s difficult trying to maintain something we can only see as truly satisfying for everyone. There’s so much I just need to figure out about what I want to do after college, but my parents are both what brought me here and my biggest obstacle – watching Beautiful Boy only reminded me how that just feels like.

One thought on “Beautiful Boy Hits Really Close to Home in its Grimness: TIFF Review”