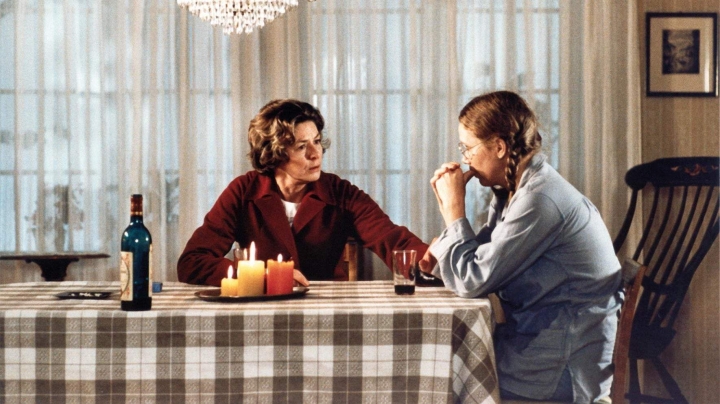 Ingmar Bergman was never a person who had much time for his family, yet there’s something about the way in which he captures family dynamics onscreen that makes for something wholly entrancing. Of course, a perfect example of this would be his theatrical swan song Fanny & Alexander, but there’s a deeply personal touch in Autumn Sonata that also makes said film worth noting. It’s a film that tells of even Bergman’s own dedication to something that he loves most – at the expense of another important building block of his own life. Perhaps often noted for being the first time in which cinema’s most famous Bergmans – Ingmar and Ingrid – had finally come together, Autumn Sonata is a film that puts into question even the very extent to which we fixate our lives on something that we love doing most with our life and what happens when the damage can only become ever so severe. But most admirable about the way in which he approaches such a subject is his own intimacy – something always present in the way Bergman directs his actors. But Bergman has always made his own company as an artist clear, for he interacts with his recurring collaborators just as he would with friends, and it always makes for a rewarding journey. 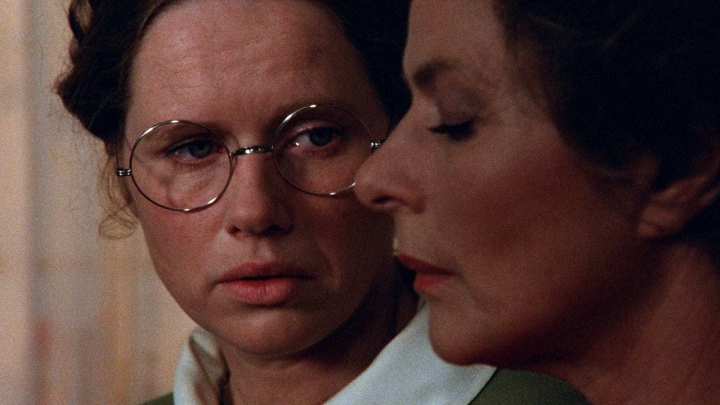 Ingrid Bergman stars in her final theatrical film as Charlotte, an eccentric world-renowned pianist who visits her family once again after having embarked on a concert tour. Her daughter, Eva (Liv Ullmann) is married to the village pastor but has other concerns, after having been neglected by her mother for so long, she is also left with the surprise visit to deal with – soon this also opens up wounds that have become too painful to come back to. In the eyes of Ingmar Bergman, familial experiences are also a defining factor in the sort of person that we could ever turn out to become, especially in how we interact with our parents. But like the very best filmmakers, Bergman’s musings about these moments are never made without the thoughtfulness that has gone on to build an enduring legacy for the Swedish filmmaker over the years. Though it’s clear how important his own personal touch is to his own body of work – for Bergman at his best even has us examining the facets that make up life the way we see it, through both the abstract and the most intimate.

Charlotte’s return into Eva’s life, after having been estranged from one another for so long shows itself to be almost akin to an intrusion. But after having spent so much time isolated from each other, it’s clear enough that the two have developed lives of their own. Yet the clashes of the two lifestyles also create something far more resonant. It becomes increasingly clear how much pain one’s absence had caused in the other’s life, but Bergman does not need more to show what it was that made such wounds grow to become so severe. He never shies away from the severity of that pain, but his own understanding of what made such relationships as complicated as they are would also make for an incredibly compelling case study at hand, leaving us to think back to how we let these relationships define the sort of people we grow up to become. Two contrasting lifestyles are brought together into one room, but the confrontation between one’s own fate has also left for something all the more devastating.

Looking back upon the many moments in which Charlotte and Eva argue with one another, there’s a part of me that also sees myself fighting with my own mother constantly. I see myself trapped in a situation where I know I can’t escape so easily. I see myself at the center of their arguments, and being at the center of the talks is what makes everything feel so much more cathartic. The more I listen to them argue, the more I find myself wanting an escape either way even for as much as reconciliation would be far too difficult to achieve. Too much damage has already been caused at the hands of what my parents have done towards the way I choose to live my own life. But at the same time, I also wonder if there’s also a point in which I’ve also caused enough distress towards my own parents. This film is all about understanding what our parents have made us suffer, even if they still insist that they love us. It’s the realization that even causes everything to break down. And being at the center of that, it soon builds up a greater stress on the inside.

Cruelty is also another factor that plays a big part in understanding the damage. This is what brings me to talking about the treatment of the disabled Helena, whom Eva has been left to take care of inside of a single room after Charlotte had disappeared from their lives. But we also look more closely into the damage that Eva’s own life had suffered, for she finds that her marriage is slowly falling apart, after her son has drowned at the age of four. It becomes increasingly clear how severe these wounds are. This is where I find myself thinking about how everything in my family has been moving forward, with a series of fake smiles, reconciliations, or wanting things to get better, but we feel like it won’t ever move beyond where it stands right now. It stays still like a statue, and any visible sign of things getting better feels like an illusion. Every time I watch Autumn Sonata, I know I recognize what it feels like to be in such a position, constantly in a fight with another member of the family for trying to maintain a lifestyle of my own. And the intrusions only ever feel as if they’ll stay where they are, worsening any chance of getting better.

Yet Ingmar Bergman understands that to be caught within this turmoil is not without hope. Charlotte thinks everything can easily be made better, but after having left her children alone for so long, it’s clear that she developed a lifestyle of her own – yet one that was clearly broken. It’s a role that feels so perfect for Ingrid Bergman, because in a sense it also feels like the perfect representation of her culminating what it is that her success has done to her personal life. If there’s anything else needed to make Autumn Sonata even more heartbreaking, you still feel the pain from the arguments between her and Liv Ullmann, who never disappoints as Ingmar Bergman’s own muse. Ingmar Bergman just makes clear on the screen how damaged both ends are, and how much distress they’ve caused either way. And under the guise of remaining so quiet, these moments catch us off guard because of how well Bergman understands the way such catharsis builds up.

I can go on for a long while about how perfectly this film captures the very pains that I feel like I’m being made to endure, still arguing constantly with my own mother. But part of me still sees that she still has played an important role in making my life exactly what it is. Ingmar Bergman places you in the middle of the pain, thus you feel like you’re at the center – and it gets to you in the same way that a gripping thriller would. Yet he never loses hope. You still recognize those moments of discomfort in Autumn Sonata’s most beautiful moments, yet you only are made to think about how much it can parallel similar occurrences in your own household. Sometimes I wonder if the damage between me and my own mother is too severe to truly be healed. I don’t want to lose hope in such a cause, but being at the center of such stress only leaves me fearing the worst.