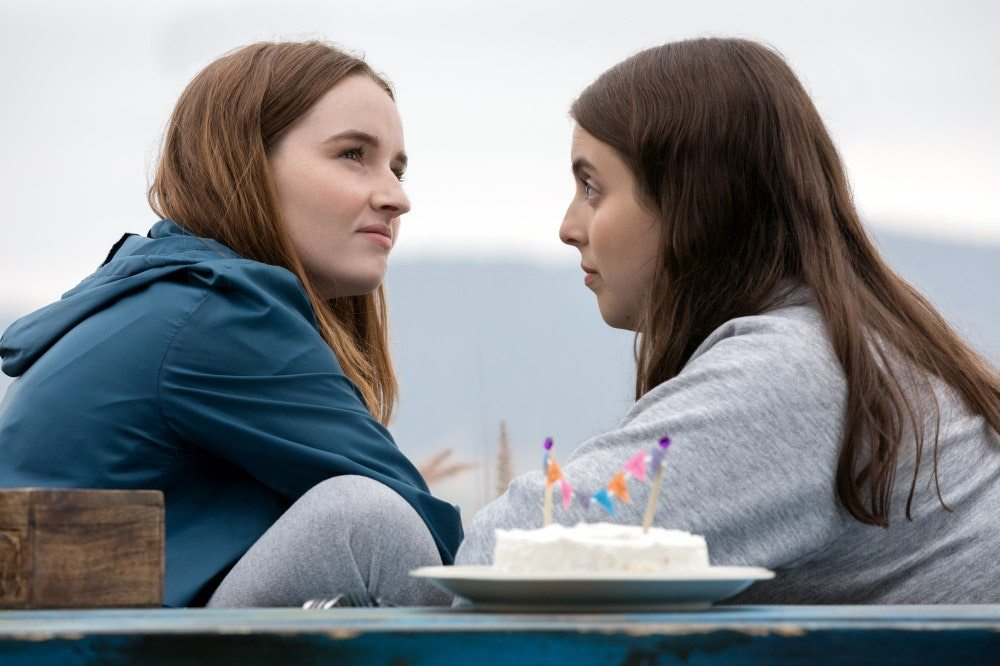 Like many great teen comedies that have preceded it, Olivia Wilde’s Booksmart is a film that has best defined how a single generation has grown up to become in the moments were they also felt most free. But in the same way that a film like Dazed and Confused would have brought audiences to embrace everything that was glorious about teenage life in the 1970’s, Booksmart brings audiences to witness what best defines the millennial generation – but still remain so wholly endearing especially in how it celebrates everything wonderful about what people have got with the last moments that they have to change their lives, potentially for the better. It’s a wholly relatable feeling that Olivia Wilde embraces in Booksmart, one that’s all too wondrously embraced from start to finish, and it’s also given me more reason to admire her talent. In front of the camera, I’ve always known her as a wonderful onscreen presence but from working behind the camera I can already see a confident filmmaker on the rise and I’m already looking forward to what she’s got in store for the future.

Amy (Kaitlyn Dever) and Molly (Beanie Feldstein) have been best friends for all their time at high school, and have made a name for themselves as model students, always putting work ahead of their social lives – even to the degree that they have also cast themselves out from their peers. As the two of them are about to graduate from high school, the two of them set out to reverse that social stigma and go crazy with whatever time do they have left, and what ensues is a ride that would only call for them to break the rules that they’ve so closely stuck with for far too long. In a premise like that alone, you already have potential for a relatable teenage comedy, because it’s not unfamiliar to find yourself being restricted by the rules that you’ve been made to follow over the years, but if there’s nothing better to do with your own lives than that because of boundaries that you’ve always been so afraid to break, Booksmart embraces how good it feels to just be able to let loose and show a different side of yourself – even allowing more truth to come out about who you are right on the spot. At first, it would already sound much like the familiar trappings of these sorts of high school comedies, but Olivia Wilde’s own touch still allows it to stand out in such a wonderful manner.

From being a perfect picture of the millennial generation, especially in terms of the politics that Wilde embraces from start to finish in here, it still embraces how great it feels to be living within the moment. But as easy as it is to admire how Wilde still sticks fresh to the many facets that have defined the audience represented in Booksmart, it also presents an important picture to look back upon in how you can let these memories define your whole life. This is a movie that speaks a lot about how the current generation would continue to grow in the moments where they know their lives are going to forever change for the better, but Wilde’s direction doesn’t only capture what these moments feel like for us – for every bit as absurd as the film can get, even the most realistic moments are still shown on the screen with great care. It’s easy enough to admire how Wilde exaggerates the mood of what it feels like to know you’re about to exit one phase of your life as you’re only about to move into another – and for every bit as funny as it all is, the catharsis that can be felt from every moment makes for a more emotionally resonant ride.

Wilde understands that the template she’s working with might already be familiar for many with films like Superbad having set the standard for the teenage buddy comedy, but Booksmart also adds another touch that gives it a sense of resonance. For many of the same stories that we’ve seen of that sort, there’s another edge to Booksmart present in how it frames certain obstacles that get in our way before we move out from high school to college. But from continuously shielding yourself from the outside world by burying yourself only in work and nothing but, what Wilde captures perfectly are the effects of living in such a way because they also hide the real “you” from everyone else. But Wilde’s film also builds up with that familiar template in order to create a more queer-accepting narrative, especially in how it handles how Amy grows from the start of the film to the ending moments – in which despite being an out lesbian she still has trouble coming to find acceptance among others because she was only ever seen studying with Molly. But Wilde also uses this as a means of sharing another important message about what happens upon prior judgement, shielding oneself from truly knowing another – and in Amy’s growth, we see a girl who simply wants her voice to be heard as she tries to find an opportunity to express her feelings because no one will ever know if she continuously keeps herself behind a wall.

Even in the film’s most raunchy moments there’s still an admirable sense of humanism to everything here and it’s also what makes Booksmart resonate all too wonderfully. It’s easy enough to note the chemistry between Amy and Molly because Dever and Feldstein work so well together, but these selves that they’ve also shown towards most of their peers through the school year isn’t what they want to be known for and Wilde understands how it feels to set that standard for yourself just because they want to get ahead in life. But how can they really get ahead of themselves when their true selves were never put out there to begin with? Wilde understands how much pressure these moments can put upon you, not without the awkwardness of it all for it’s forever going to remain a normal part of one’s own life whether it be from the insecurities that one faces at the hands of widespread rumours or even the cost of making yourself into even more of an outcast. In one of the film’s most heartfelt moments, you have Amy completely revealing herself in front of another student who has gained a reputation for being mean (Diana Silvers’s character). Wilde still stays true to the awkwardness of revealing everything to a person she does not know well enough, but it also becomes very reaffirming for Amy in the best way possible – perfectly highlighting the joys that she had missed out on, as it slowly becomes highly affecting.

Booksmart plays itself out like any other teen comedy, but like all the best of this sort the empathy that they have towards the experience is what makes it every bit as wonderful as it is. Playing off of one another, Kaitlyn Dever and Beanie Feldstein have amazing chemistry, but most importantly they also feel just like real high school students about to enter a new phase of their own life. Though if there’s anything else that can be taken away from this, it’s that Olivia Wilde has a bright future ahead of her as a filmmaker. In Booksmart, she encapsulates everything that defined the way the millennial generation would grow up to become – but beneath what presents itself as any ordinary high school comedy, there’s a lot more that also makes for a resonating portrait of our time. From its own sex positivity to the queer acceptance in the narrative, let alone the awkwardness that has come along the way, Booksmart has more than enough energy to entertain but also enough empathy to create a perfect emotional resonance. Every beat feels genuine, every moment feels real, maybe even exaggerated – just like life.

All images via United Artists Releasing.