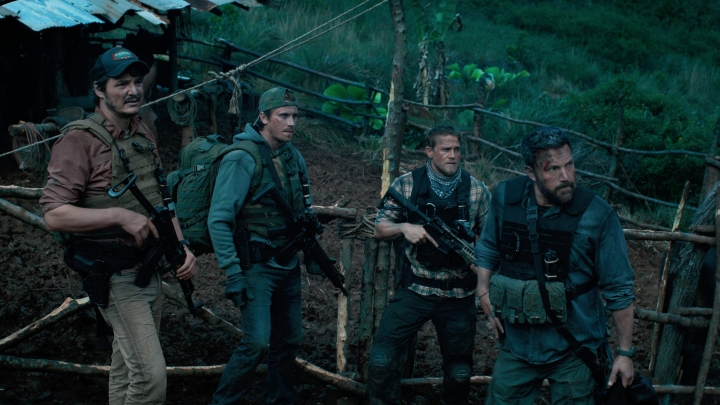 J. C. Chandor’s filmography has only been shifting in scale in some sense but maybe not always to the most consistent of results. His fourth feature, being his first one in five years since A Most Violent Year happens to be his most expensive project yet, sadly also happens to be his worst feature to date. With how much Margin Call and All is Lost have managed to accomplish with what little they had around them, and despite A Most Violent Year showing promise for Chandor to go for much bigger projects, it seems like the increasing scale may also have gotten the worst of him too. Triple Frontier if anything seems so much more like a film that’s overwhelmed by its incredible scale rather than one that is able to work properly within what’s been given to Chandor, but there’s almost no control over what it is that he wants to show us here – so much to the point it even makes its more dramatic moments feel as if they’re not even capable of carrying any weight. 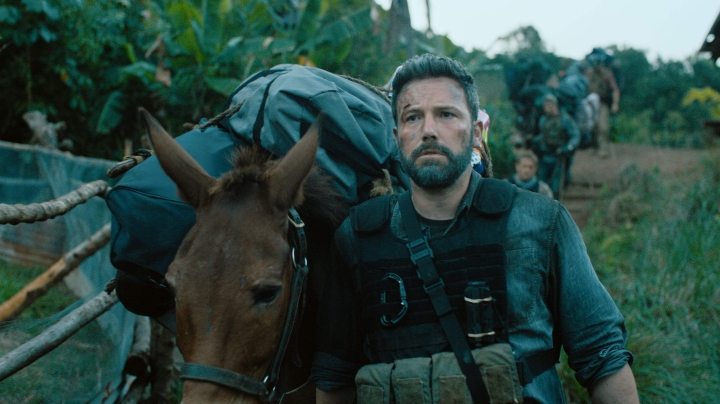 Starring Ben Affleck, Oscar Isaac, Charlie Hunnam, Garrett Hedlund, and Pedro Pascal as a group of former Special Ops soldiers who reunite as a means of taking part in a heist as they plan to rob a South American crime lord. What presents itself as something that could be just about any other heist thriller, but screenwriter Mark Boal seems as if he also wants to take the whole film another direction by inserting social commentary regarding the relationships between the American military and South American citizens too. On paper, this really shouldn’t sound like it would turn out badly but the clear overreaching from Mark Boal’s end also bogs down the final product a great deal. At most it only ever feels like it’s a film that thinks it has much capacity to tell a story of a greater scope than what it can carry, though as the cracks become even clearer it also shows itself to be a heavily misguided film on all counts. It’s misguided because at that point it’s unclear what the film even wants to be, let alone what it wants to say anyway.

There’s a lot of promise in the core concept of Triple Frontier, but even the most simple aspects of the story only ever seem lost in the film’s own attempts at reaching for dramatic gain. There’s a great film that could be made from the concept of watching a group of veterans banding together as they perform the heist because it’s what they need in order to ensure their survival, but every facet of their relationships with each other never lands. The social commentary seems almost like it vanishes into thin air whenever it comes about, but even at moments where it plays itself as a critique of what the American government has done to its veterans, there’s almost no layering too. It’s clear that Mark Boal and J. C. Chandor have their own ideas laid out on the table but they don’t ever feel like they’re bothered to expand upon what they have. It shouldn’t feel so hard to buy into the film’s grasp at social commentary given the people who are behind it, but everything feels so muddled in unfinished ideas it only makes the whole venture a chore to sit through.

Despite this, Chandor’s direction still peaks when he’s directing action sequences – if there were anything resembling a sense of excitement to be had from watching this. Ben Affleck’s performance might also be the best that he’s been in quite a while, and Oscar Isaac is always a delight to watch, but it’s so hard to tell whether or not the cast seems to care much for the material that they have here. It’s hard enough to tell because Triple Frontier plays itself out no differently from many action films that you’d have seen from the era in which it seems as if it wants to lift from, but they also serve perfect reminders as to what else you could be watching instead if you really wanted to feel like immersed within the experience. It seems clear enough that J. C. Chandor has a keen eye for handling material from a big budget, because Triple Frontier is shot every bit as beautifully as his past films – though I feel like I’d rather wait till he gets another chance to direct something of such grandiose again before I come back to this and watch every moment where it peaks.

Triple Frontier has so much going for it, but even at its best moments they end up feeling wildly generic too. Which wouldn’t be the way in which I ever want to describe J. C. Chandor knowing what he’s managed to accomplish with his past features, but if anything it reaffirms everything that’s been bothering me about Mark Boal’s scripts as of late. Given the often political nature of the subject matter he chooses, his writing never seems to offer any sense of depth in regards to the subjects but clearly there’s more interest heading towards viewers who are often apathetic towards the subjects that ends up becoming his biggest downfall. There’s a great film that could have been made with a subject of this sort, and J. C. Chandor seemed all too much like the perfect man for the job. But it seems so hard to invest within where any of Triple Frontier is headed towards especially when the case it seems to be making clear it has nowhere else to go. Hopefully this is just one flub for Chandor, because he’s clearly got another great film inside of him – and I’ll stay waiting for it.