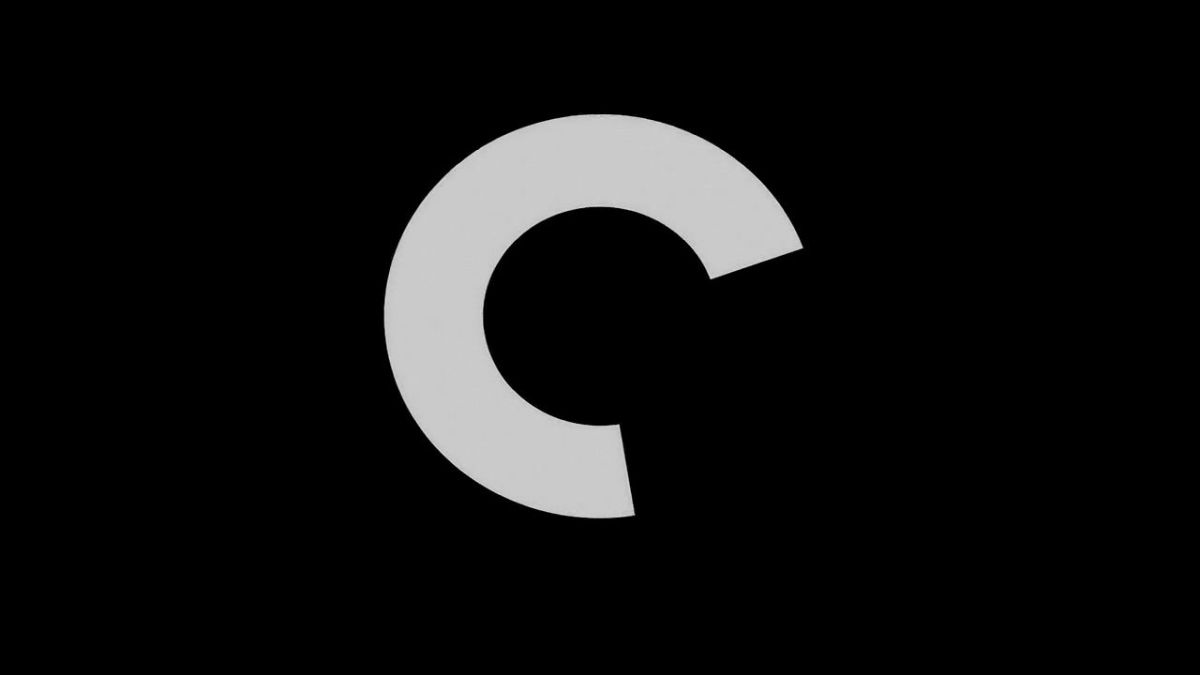 There’s only a few days left of the half-off sale from the Criterion Collection. If you’re a newcomer to the home video line, all of those selections can look daunting and you’ll probably stand there for a good while trying to decide what to get. With nearly a thousand titles to choose from, it’s overwhelming. Don’t worry, two Criterion aficionados have their picks that are perfect for any first-time buyer or if you’re looking for something to spice up your shelf. 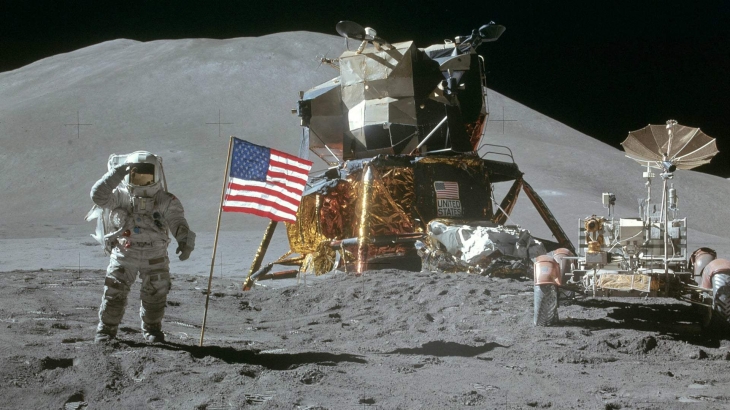 After recently celebrating the fiftieth anniversary of the moon landing, I gave this beautiful documentary another watch. Lovingly assembled from archival footage and interviews, we get to experience the Apollo missions firsthand. Backed by a stellar score by Brian Eno, this takes you on a wonderful journey that’s incredibly uplifting and a celebration of what humans can do. It’s my favorite documentary as well and each viewing fills me with so much joy. 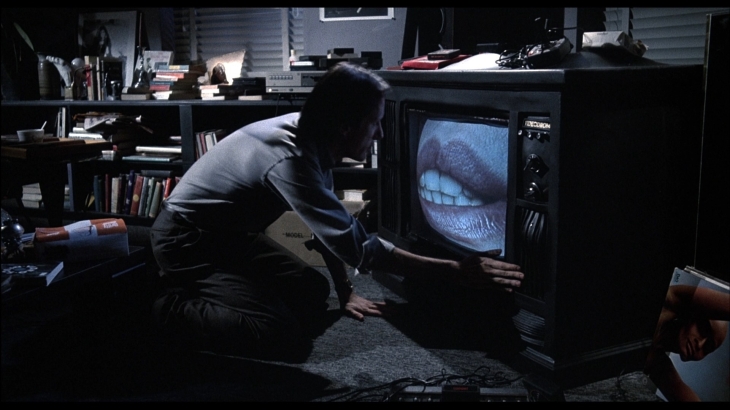 Despite the weird premise and imagery, Cronenberg’s film is rather prescient in ways that we’re starting to grasp a decade into YouTube’s existence. Yeah, James Woods has become more of a jerk than he already is in the film but it’s fascinating to see him be sleazy and face the consequences. Out of all of Cronenberg’s films in the collection, I recommend this one because of how much of a head trip this is. I’ve watched this a handful of times, slowly introducing others to the film and watching their reactions. 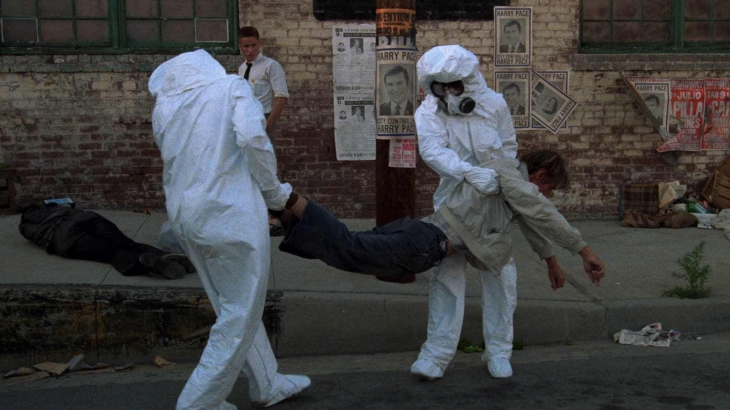 Repo Man: A bonkers cult classic about car repossession, punks, and some of the more quotable dialogue since Monty Python and the Holy Grail. Henry Dean Stanton and Emilo Estevez team up for a truly odd couple on the hunt for a mysterious Chevy Malibu. Backed by a who’s who of mid-80’s punk music and a fantastic package design for the Criterion release, you also get the cleaned-up television edit. That’s just something you don’t get every day. 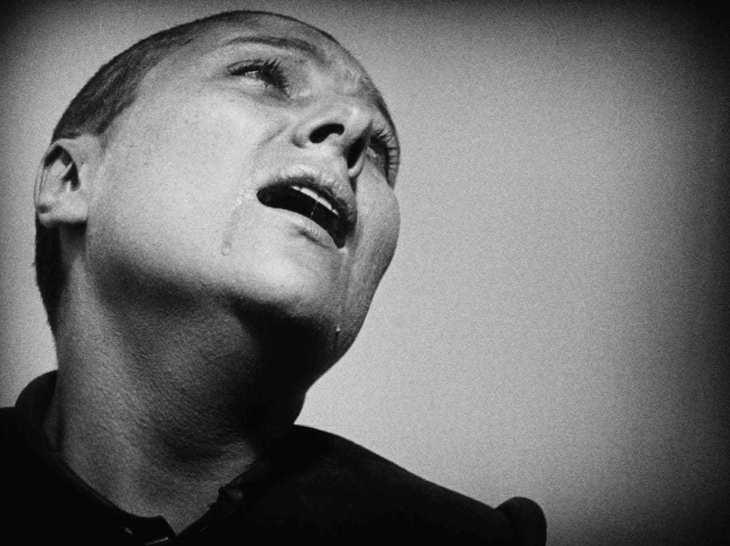 The Passion of Joan of Arc

If I had to pick one silent film to put on this list, it’s this masterful drama. You witness Joan’s final hours and inquisition by the priests that’s startlingly relevant in today’s #MeToo world and rampant institutional hypocrisy. Renée Falconetti gives one of the most powerful performances ever put to celluloid nearly ninety years ago. The Criterion edition comes with two alternate frame rates as well as three different scores so there’s plenty of options for when you want to see it again. 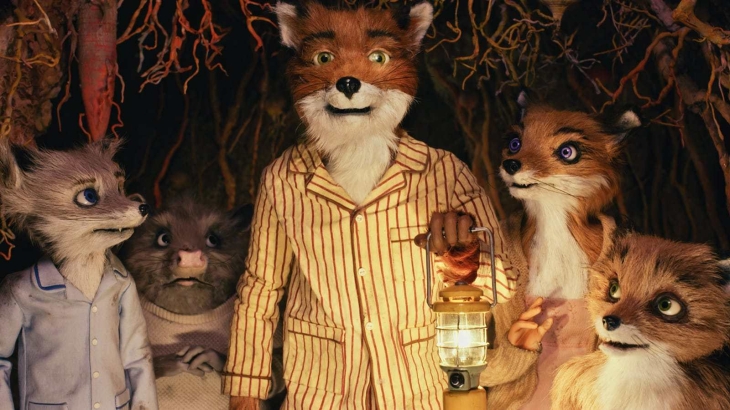 Despite the low output of animated films in the collection, their first inductee of the medium is a personal favorite of mine. If you had to go with a Wes Anderson film that’s perfect for the family, this would be the one to grab. Seeing Roald Dahl’s work come to life with Wes’ distinct vision is a delight, even with the alterations to the original novel. Speaking of which, the Criterion edition includes audio of Roald himself reading the entire book, a full-length animatic of the film, as well as a host of other fantastic features. 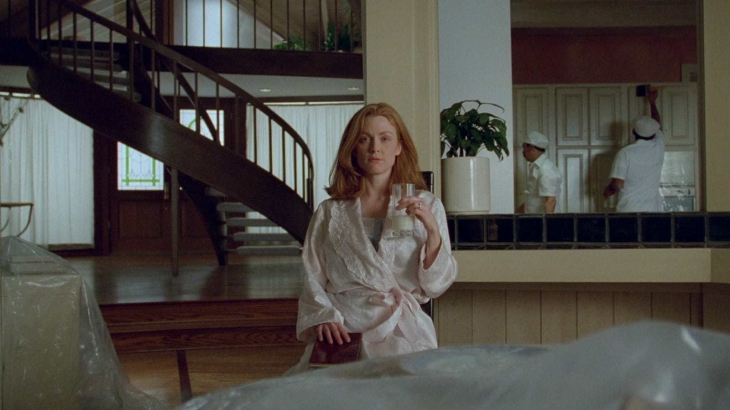 Todd Haynes’ medical horror film gives Julianne Moore a stunning performance as an 80’s housewife who slowly becomes sicker and sicker without any idea why. If you or a loved one has experienced a debilitating illness, you’ll sympathize with her as she goes to incredible lengths just to get her ailment noticed and treated. The 4K restoration of this beautiful film will leave some of the scenes ingrained into your memory, especially the bizarre mascot for the film’s marketing. A solid recommendation for one of the best films from the 90’s. 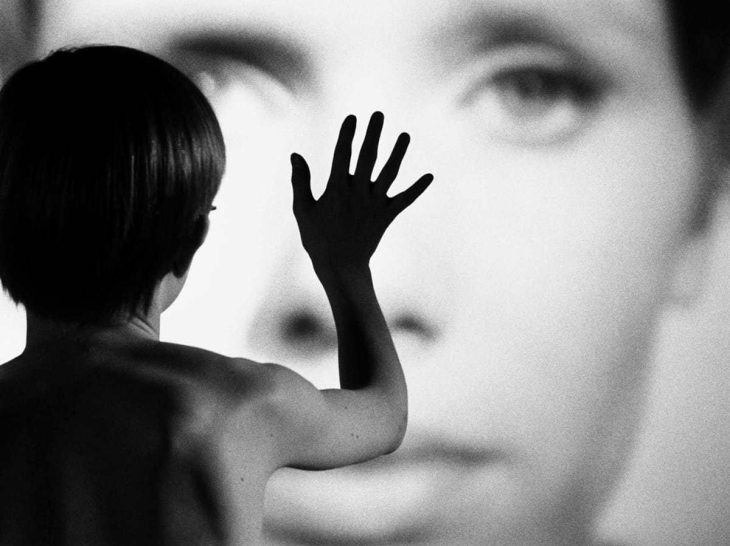 If you’re going to see at least one Ingmar Bergman film, make it this one. This slow-burn with a shorter runtime places us in a beach house with a nurse looking after an actress who suddenly became mute during a shoot. Between the merging identities, the cryptic opening, the dialogue, Bergman does it all. While you could drop a substantial amount of money on the Ingmar Bergman Cinema box set (which uses a scene from Persona as the box art), you can just get this film in dual-format edition with a stunning 2K release for the complete version of the film (some cuts were made for the original US release),  a visual essay on the film’s prologue, and a separate full-length documentary on actress Liv Ullmann’s relationship with Ingmar. 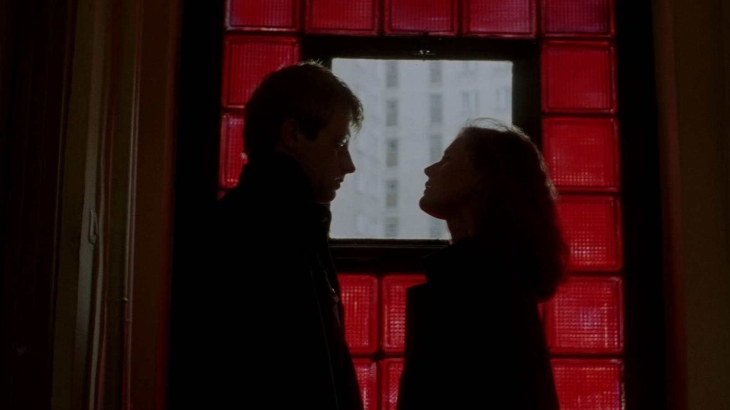 If you’re looking for something larger and fulfilling, Dekalog is the one to add. A ten episode series loosely based on the Ten Commandments, this masterwork by Kieslowski is one best watched in the winter months to fit the weather depicted (at least that’s what I recommend). By the time you finish, you won’t be the same person you once were. Lovingly restored in 4K, this gem also comes with Kieslowski’s full-length expansions of two episodes from the series.

Do the Right Thing

A release beyond fitting for the film’s 30th anniversary, Spike Lee’s film remains one of the defining portraits of life in New York. But it’s not any ordinary film about what it’s like to be living in the Bed-Stuy neighbourhoods in Brooklyn, it’s a film all about the hottest day in the summer that you can imagine – but the way this film’s power works, it’s almost like a volcano too. Everything seems so calm at first, but the moment it erupts, you stick around watching everything falling right in front of your eyes. Though you also realize everything’s been building up to this moment the whole time. Although the film had been available in the Criterion Collection only via a DVD for the longest while, this Blu-ray is far beyond what one could ask for out of a much-anticipated release. 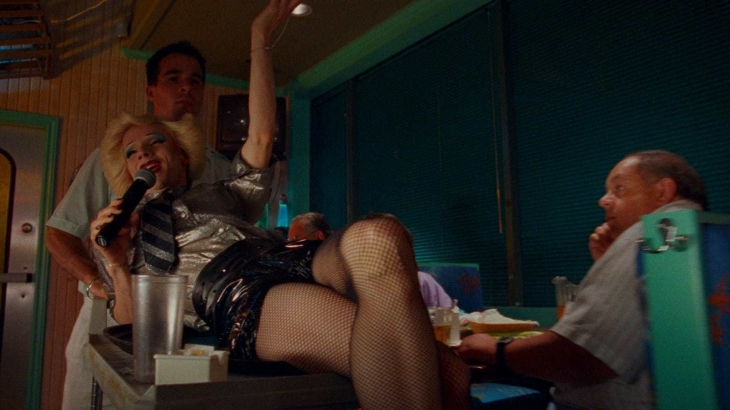 Hedwig and the Angry Inch

It’s about time John Cameron Mitchell’s rock opera of a directorial debut film had received the Blu-ray treatment, but with that having been said, this release is far beyond what one could ever dream from a musical being released by the Criterion Collection. But this isn’t only an essential release for the most dedicated rock opera fans, as Hedwig’s journey is that of a transformative kind – both literally and figuratively, as Mitchell says “fuck all” to the gender binary in a dreamy experience unlike anything you’ll ever see. 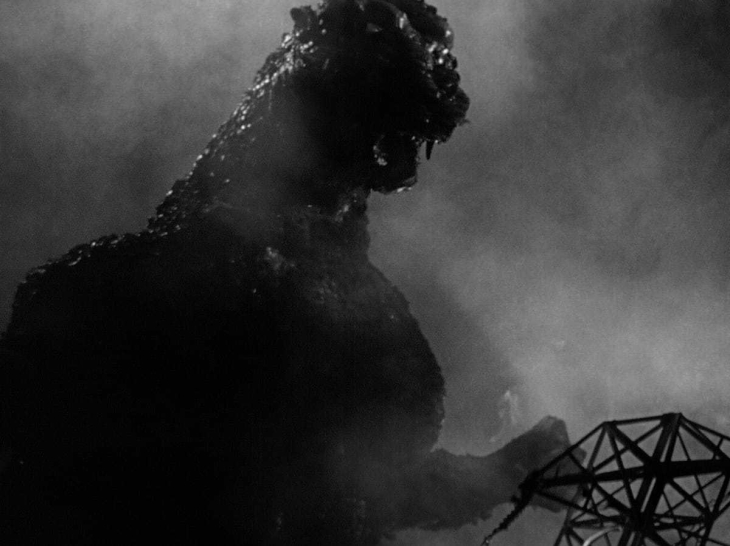 Sure, Spine #1000 has already been unveiled as a box set containing all of the Showa-era Godzilla films, but perhaps as good preparation for what you can bring yourself to expect then, there’s also the individual release of Ishiro Honda’s original. For every bit as big as the Godzilla franchise has become internationally, it’s nice to come back and look again at where it all began with the original film as it still presents a warning that could ever so deeply resonate greatly with the passing of time. Packaged along with a pop-up Godzilla, as well as the Americanized version too (which you’re not missing out on, if you’ve not seen that but is an interesting experience nonetheless), this Blu-ray is a must-own. 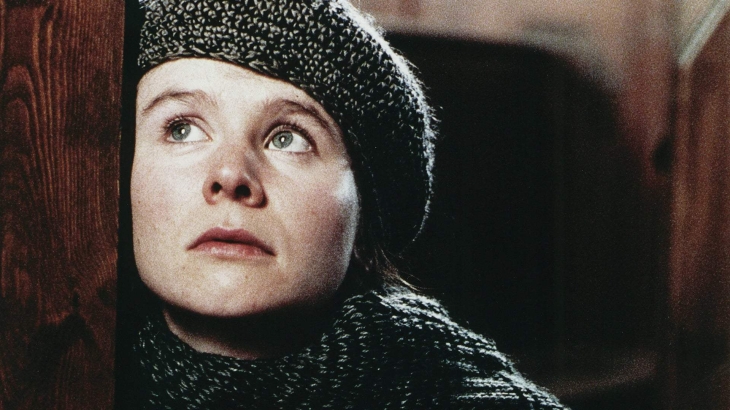 It’s hard to not have a strong opinion on Lars von Trier, whether it be one of firm love or one of seething hatred. But a film like Breaking the Waves is one that only could ever come once in a lifetime, and at the moment it also remains one of the few Criterion releases to come in a double-pack together with the DVD release as well. With that having been said, there’s a special quality that even the grainiest images present in the Dogme 95 style of filmmaking could add to the Blu-ray release, but for all this time it still remains a tragic tale of love under patriarchy unlike any other. 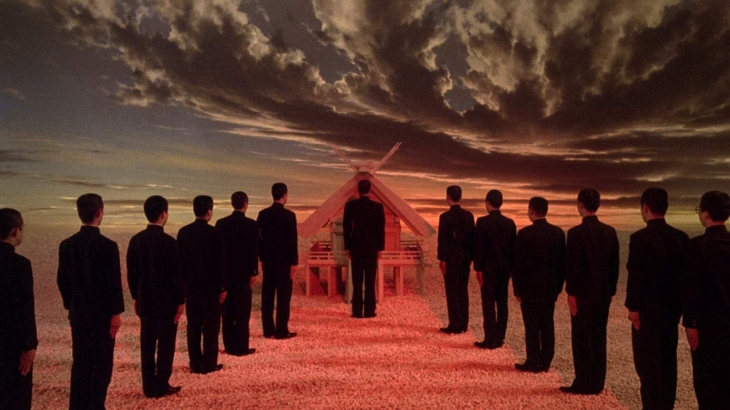 Mishima: A Life in Four Chapters

One among the most undeniably gorgeous films in the collection, Paul Schrader’s biopic about the controversial Japanese author is one of the best that the genre has ever seen. Stunningly enough, the film had never been available on Blu-ray for far too long, so to see that such beautiful imagery would have found a beautiful release in amazing quality would be more than what a film like this deserves. Among many treats that come with this release include a narration from the late Roy Scheider, as well as footage of Yukio Mishima himself, to get a better picture of what he was actually like – there’s an entire biography’s worth in owning a release like this. 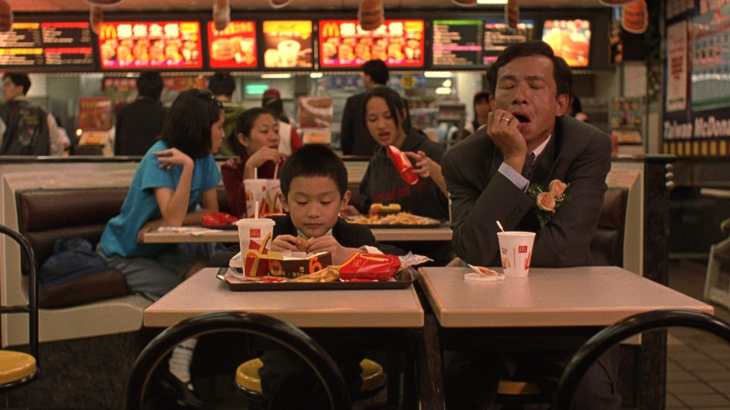 Edward Yang’s final film but thanks to Criterion, it has also been the introduction for many to the body of work of one of Taiwan’s best filmmakers. Best described as a portrait of a family from one pivotal moment to the other, beginning with a wedding and ending with a funeral, this release may be a small one but what reason is there not to own one of the seminal films of the 21st century? A fairly barebones release it may be, but for those who are still looking for a means to prepare before they go and jump forward to Yang’s A Brighter Summer Day, this Blu-ray is a must-own nonetheless. 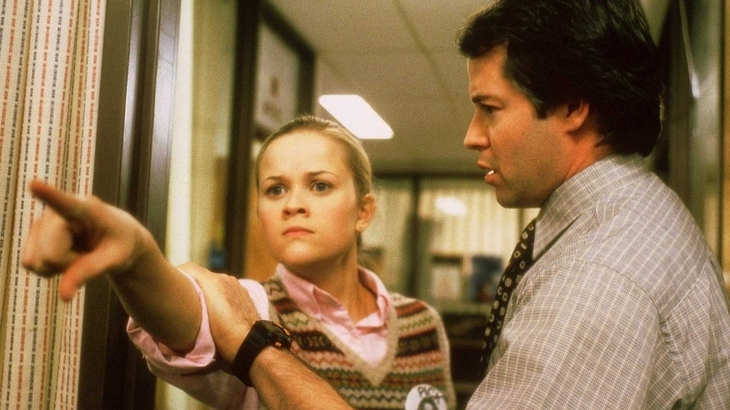 Feeling blue about the election results wherever you are? This release should do the trick for you. Alexander Payne’s political satire isn’t only one of the best films of the 90’s, but it’s one of the best high school films ever made. But looking through the realms of a high school setting, the cleverness of Election rings clearer just from the thought of how audiences respond to seeing something so familiar to them in scope. Sure, the film also has a regular Blu-ray release from Paramount, but it’s also rather barren in terms of extras compared to this, which comes with a documentary examining its impact, director Alexander Payne’s thesis film, and a brand new interview with star Reese Witherspoon. A film like this is a must-own to get back into the school spirit.