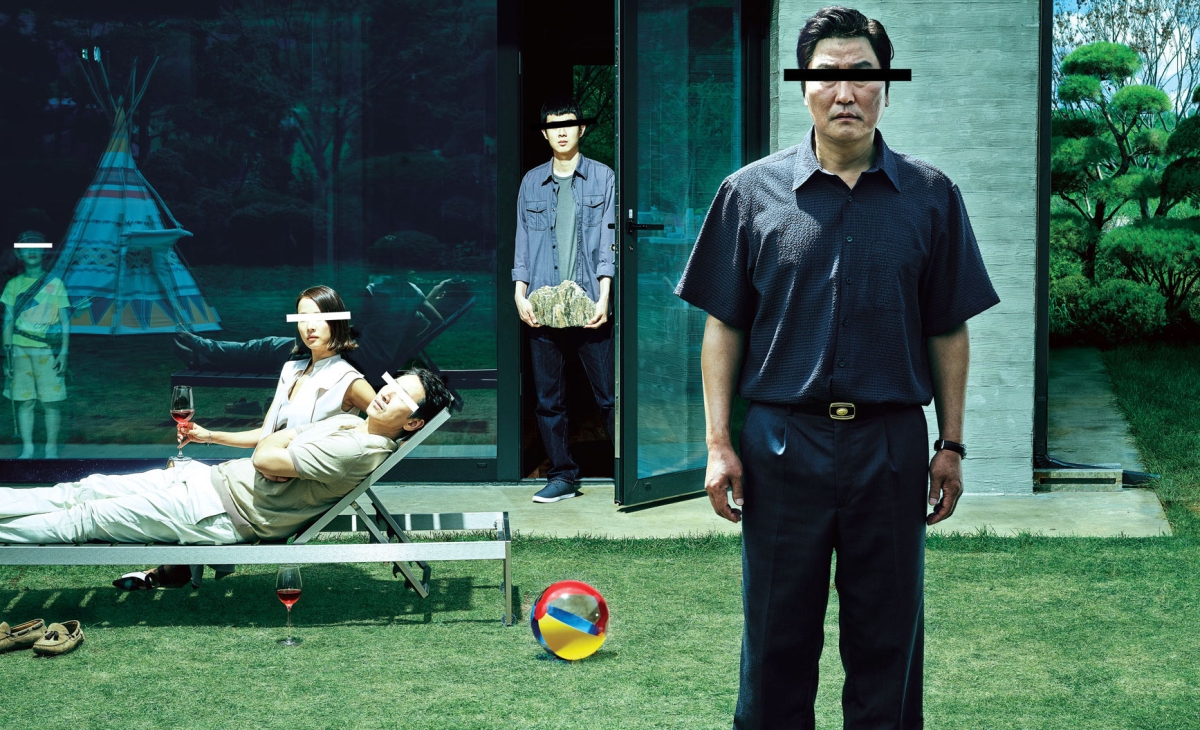 Bong Joon-ho’s Parasite is an important first for South Korean cinema history, being their first film to win the Palme d’Or at the Cannes Film Festival, but after having submitted films to compete for the Academy Award for Best International Feature Film (then known as the Academy Award for Best Foreign Language Film), Parasite has not only become the first South Korean film to receive a nomination following the shortlisting of Lee Chang-dong’s Burning at the 91st Academy Awards in said category, but it has also received nominations for Best Director, Best Original Screenplay, and Best Picture – becoming the first film produced by an East Asian country to receive such recognition since Crouching Tiger, Hidden Dragon.

This being one of the most stacked years in recent memory at the Academy Awards, with the most nominated film being a comic book film that still sparks controversy (Joker), fellow nominees also include a WWI epic emulating the look of a single continuous long take (1917), Martin Scorsese’s biggest film since Casino (The Irishman), and a revisionist love letter dedicated to 1960’s Hollywood (Once Upon a Time in Hollywood). Yet Bong Joon-ho’s Cannes winner still stands atop everything else – at least in my eyes. Seeing Parasite being up for Best Picture felt exciting, because of the doors it opened from its nomination. And of course, I just can’t think of another film more deserving of the honours, in such a fantastic year for film. So without further ado, here are my ten reasons Bong Joon-ho’s Parasite should win Best Picture.

1. It Will Make History

In the 92 years since the Academy Awards have dedicated themselves to presenting awards to the best in cinema, a foreign language film has not won Best Picture even once. Of those that have been nominated, a list that includes La Grande Illusion, Z, The Emigrants, Cries and Whispers, Crouching Tiger, Hidden Dragon, and most recently, Amour, and Roma, Parasite is not only the second film produced entirely by an Asian country to receive a Best Picture nomination, but it is the first South Korean film to receive a nomination in any category whatsoever. With how big South Korea’s film industry is, simply awarding this film the Oscar for Best International Feature Film would not only be enough after having been ignored for so long, but as a means of making history, it will also be remembered for all time.

2. It Will Be Remembered

Every year, there’s always a certain Best Picture nominee, or in some unfortunate cases, winner, that drives up as much interest during awards season, which slowly fades afterward. After last year’s ceremony ended with the big winners being Bohemian Rhapsody and Green Book, it’s hard enough to find anything about either film that makes them distinctive from other films of their own kind – whether it be a biopic or another film set out on making audiences feel good about how far we’ve gone from the times, with nothing else to say. As noted above, Parasite will not only be remembered as the first foreign language film to win Best Picture if it does, but it will be talked about beyond such. Parasite won’t only be the first foreign language film to win Best Picture, but if it wins, then it would also be remembered as a film that erases the blur between popular entertainment and high art; as proven by the film’s box office returns across the globe.

3. Its Message is Timely

We have seen many movies that address the inequalities between the working class and the upper class over the years. But we haven’t seen many of them come in that same fashion that Parasite has done so; which makes it all the better. We’ve seen many films all about what it takes for the working class in order to achieve something greater as they aspire, but Parasite doesn’t only address these inequalities on the screen in the most entertaining manner. It’s more than just amazing that a film of this sort, given where it came from, managed to reach an audience as wide as it did, but as a reflection of what happens as a result of such class inequalities, the resonance can be felt stretching far and beyond. And who knows if it’ll turn more relevant within the passing of time, even if it were to remain a time capsule, it will be a memorable one at that.

4. It’s a Testament to What More Can Be Done with Genre Fare

Knowing the sort of films that the Academy Awards have been aiming for, it’s easy to see that they never always aim to select genre fare to receive such outstanding recognition. As a matter of fact, the rare instance when a genre film had been selected for Best Picture came only from the 90th Academy Awards, when Guillermo del Toro’s The Shape of Water took home the final award of the evening. As many would know from the work of Bong Joon-ho, he had always been making genre films over the course of his career that still touch upon many relevant social issues, and Parasite is another one among the bunch. Yet everything that he’s been building up over his career finds a perfect culmination in Parasite, for this isn’t only an ode to the work of Alfred Hitchcock but a reflection of the harsher realities we live in, and are oblivious to.

5. Its Craft is Impeccably Intricate 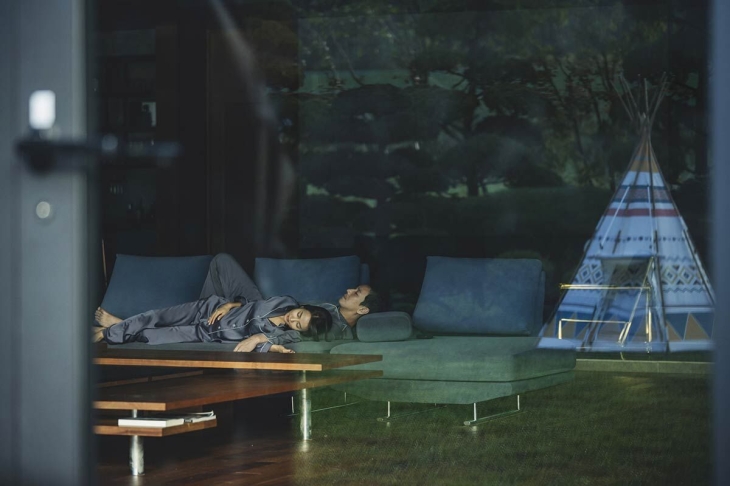 This isn’t simply me commenting only about the film’s production design, for as phenomenal as it all is. This is just me talking all about how every moment of Parasite adds up to something greater, even hinting towards moments that would happen later on in the movie. From every montage to every twist and turn that Bong Joon-ho brings out onto the screen, to say that Parasite is one of the most intricately plotted films of recent years would only be one way of describing what it manages to achieve so beautifully. It’s a film that feels like it’s already calculated to encourage repeat viewings, among many reasons that will secure its impact in popular culture, because there’s no doubt that revisits will also make everything more rewarding as you can continue catching on details you may have missed from a previous watch. If anything, this should be enough to have it locked for the Oscar for Best Original Screenplay. 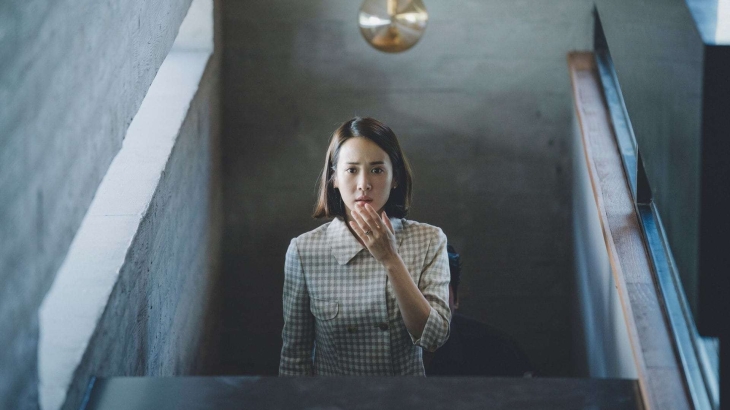 Now to talk about how beautiful everything about Parasite is, I might as well cover how I believe it to be one of the most attractive films to the eye to have come out in recent memory. I’m not going to go off about how much this film was snubbed (until one of the later reasons) but of the many nominations that it managed to land, being in production design (where I’m voting for it to win), I’m also stunned it didn’t manage to grab a cinematography nomination too. The beauty of the film’s production design is not limited to the Park mansion, but even everything under too deserves to be talked about in that same sense too. As a matter of fact, the way the film looks, even in that same sense, adds more to the film’s message – especially when we’re talking about how it covers the way the upper class sees themselves above the working class, remaining ignorant of the world around them.

Joaquin Phoenix, Renée Zellweger, Laura Dern, and Brad Pitt are most likely going to win in their respective acting categories; but that’s not to say any of their wins aren’t well-deserved. But after Parasite made history as the first film not in the English language to win the Screen Actors Guild Award for Outstanding Performance by a Cast in a Motion Picture, I don’t think it should be more clear that any of the cast members here were snubbed. Whether it be Song Kang-ho or Park So-dam, the whole ensemble that Bong Joon-ho assembled is beyond wonderful, you’d have thought one of them could sneak into one of the acting categories – yet that sadly was not the case. If the iconic “Jessica, only child, Illinois, Chicago” bit wouldn’t be enough to convince you that Park So-dam should have been nominated, I don’t know what else will be enough to show you how wonderful everyone is to watch here. 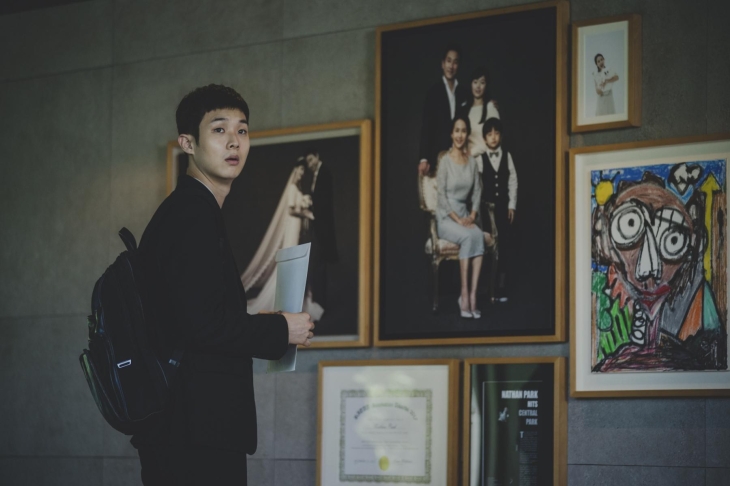 Take it from me, who’s already seen Parasite five times in theaters and bought the Blu-Ray the first day when it came out, I don’t think there was a single film that entertained me more from last year than Parasite. But what makes Parasite deserving of this award comes from how it unified people who actively seek out films that aren’t in the English language and casual moviegoers too; especially those who aren’t always willing to watch films with subtitles. Yet this shouldn’t be a surprise with the sorts of films that Bong Joon-ho has been making all his life, because he found a perfect balance between fine “metaphorical” art and great entertainment, and unleashed it all in Parasite. For every moment it’s funny, it also grips you like the best thrillers do, as expected from Bong Joon-ho’s genre-blending. 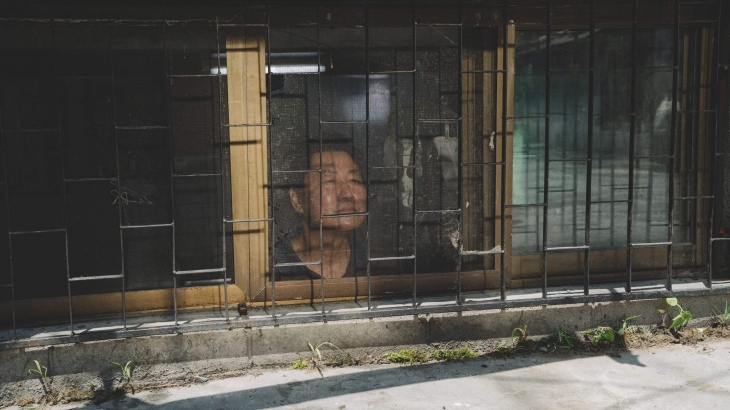 To expand upon what makes Parasite so perfect as great entertainment from 2019, it also is one of the most melancholy films of recent memory too. For every bit as funny or suspenseful as Bong Joon-ho’s film can get, it doesn’t come without melancholy too. While the final moments of Parasite can prove themselves to be among the more divisive aspects of the film, I still think that it’s a perfect way to encapsulate the fact that the movie manages to find its ways of touching upon every human emotion possible. In these final moments, it’s where I feel like the film also hits so close to home. Being a satire all about the steps needed to take in order to overcome class inequality, it’s only fitting that these final moments sum up a much harsher reality, as hinted prior in the film. If anything, this feeling also sums up why I think it’s also very hopeful in spirit too, no matter how much the odds may seem out of proportion.

Out of the 91 past winners, I’ve only ever found my favourite film of the year had lined up with the Best Picture winner four times: Casablanca, The Apartment, Lawrence of Arabia, and The Shape of Water. Yet that’s only talking about how subjective the term “best picture” really is. But as subjective as this field can be, I think that the fact that Parasite will remain talked about so much over time certifies its status in my eyes as the best film of 2019. This all here is just a matter of my opinion, but I feel like Parasite will go down as one of the most important films of our era, especially when we’re speaking in regards to class inequalities as I’ve mentioned many times prior. If anything, I also think this may be Bong Joon-ho’s best film too, if anything else best sums it up, I don’t see another film quite like Parasite coming by again so soon. It just encapsulates how he’s a one-of-a-kind talent.