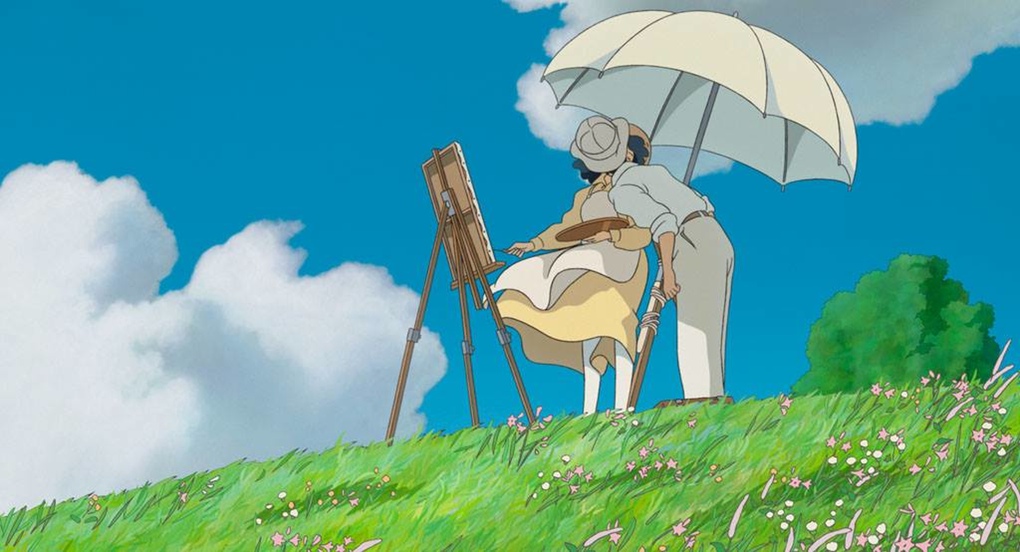 The words “Hayao Miyazaki’s swan song” should be enough to get a fan who was so closely connected to his works (speaking merely for myself in this case) even before having seen The Wind Rises. As a child, together with watching Pixar movies regularly in theaters, I would also find a way to access the films of Studio Ghibli, for they had opened my eyes to watching anime. I remember having seen Spirited Away at the age of 6, and nearly ten years after my first viewing the experience still retains the magic I remember from that moment, and I’ve become a big Hayao Miyazaki fan ever since. It was then, I found how watching The Wind Rises at such a late point after his retirement (I only saw it for my first time last year), it made me feel I wasn’t a fan dedicated enough. It was a beautiful swan song, it really felt like a fitting way for a great artist to tell his followers a heartbreaking goodbye, and the thought of it still brings me to tears.

In The Wind Rises, Hayao Miyazaki moves away from the roots of fantasy in order to tell the story of a man who has fascinated him, Jiro Horikoshi. Miyazaki wrote a manga about this man, which in turn was based on a short story, The Wind Has Risen. It’s clear that Miyazaki was very fascinated with this man and he dedicated some of the very best storytelling in order to bring what he sees as justice to the person’s life, while he is still fictionalizing elements to retain the delicacy which he places in his usual offering. Miyazaki’s dedication to telling this story alone is what brings wonder into a viewing The Wind Rises, for it showcases how he still retains a specific power within his work that captured audiences and brought along a following dedicated to his own work as an animator.

This is not a praise unusual for a Studio Ghibli film, but the animation, within all the vibrant colours and all the imaginative dream sequences that come into play, is absolutely lovely to look at. Even in some of his weaker films (Howl’s Moving Castle always comes to mind for me, as despite my being a fan of Miyazaki’s films it was never a film I cared much for), there’s always something to be picked out from just the visual look as there’s always a stunning frame to be found then and there. Only the simple act of watching the animation flowing from scene to scene in a Miyazaki film makes for stunning imagery, as Miyazaki’s dedication behind how he animates simple actions frame by frame displays efforts from an artist while at work.

Jiro Horikoshi was a man who designed fighter aircraft for the Japanese during WWII. The interest within his own dedication to strive for the best is where The Wind Rises succeeds in exploring what goes through the mind of him as he’s working to achieve the best. It’s an indulgent process, indeed, but the detailing to which we are seeing in understanding what said indulgence does to one’s life outside is where something intriguing has formed. Sure, it may be an animated film but its picture of how the human mind runs especially for someone who is so closely dedicated to their work is where The Wind Rises ends up achieving so much more than possible.

There’s a love story that also comes in, which involves Jiro and a woman named Naoko Satomi. This would be an element that may distract the paths for some biopics, but the way Miyazaki plays it out in here ends up resulting in something all the more moving, for it also brings on some of the most memorable and most human moments to which we are seeing in the film. The humanity to which we are finding in The Wind Rises would also bring me back to watching the films of Yasujiro Ozu, for in their simplicity the manner to how they understand the complexity of human emotion is where they succeed at what they are. It works within what we have here has a means of bringing us to the moments where we know there is something to be felt within Jiro’s tendency to get caught up in what he is doing for a living.

Speaking already of the film’s ending, it feels so perfectly adequate as a way for Hayao Miyazaki to say goodbye to the many fans he has garnered through his own films, but also where I feel moved even more is in how it can simply be felt from the way it is pictured that he is also saying “thank you.” That very final image in The Wind Rises has simply hit someone like myself as one who had grown up with his films, and the knowledge that he, much like Jiro, has dedicated so much of his life to animating these films as Jiro had done for the aircraft, it is his manner of getting audiences much closer to his own mind. The connection is suddenly made clear in this very moment, and what it builds in the very end is truly a result even more moving than possible.

If The Wind Rises truly is Hayao Miyazaki’s swan song, it truly is the fitting final note to his own career, for it’s most certainly an incredibly moving “thank you” note. It’s not so much a picture of Jiro Horikoshi anymore as it is of Hayao Miyazaki himself, dedicating so much of his life to create films like these, maybe the humanity might have been lost within the extremely difficult process which we are left to watch on the screen. The Wind Risesis about as human as animation in this day and age can reach, for it presents an understanding of the difficulties between dedication and something a soul may love just as much. The result is so deeply moving, I admittedly tear up a little when I just listen to the final song, “Hikoukigumo.”