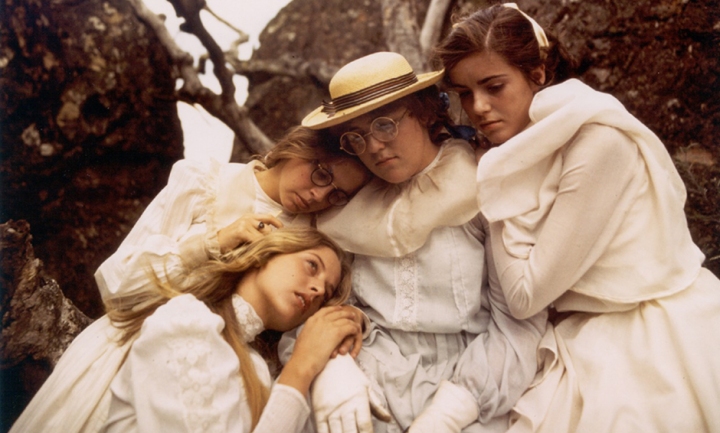 Watching Picnic at Hanging Rock gives off the same experience as living through a dream, but not so much a pleasant one. Peter Weir’s film isn’t so much a fully cohesive one, but that’s what helps in creating the very dreamlike atmosphere which it establishes and that’s why it’s so haunting from beginning to end. It’s almost as if in a way, you can see something almost David Lynch-esque emerging from the very vibe it gives away despite it coming out before Lynch even started out his career as a filmmaker. The experience always feels new within each watch and it continues lingering in my head, and I only grow to love it more. It’s the sort of nightmare that carries a great sense of beauty to it, captivating at every frame.

The story alone gives the vibe that the film is to play out as a mystery, with a group of schoolgirls as well as one of the teachers having vanished at Victoria’s Hanging Rock leaving nothing behind. The cleverness of what Peter Weir creates here is that what could play out as an investigative thriller is instead he creates something born of the logic of the nightmares that the peers of the disappeared would experience, and soon it blends together to form the haunting atmosphere.

Peter Weir always teases his viewers with what he presents, and that’s a part of why I love coming back to Picnic at Hanging Rock. He always hints at what could possibly have happened to the girls but he only adds more horror to the story and it works to the film’s benefit in creating something all the more nightmarish. Yet calling it a horror film isn’t very much going to give it the best impression, though what’s undeniable is how utterly terrifying the possibilities that are hinted everywhere can lead to. Are the missing girls dead? Are they tired of the matter to which they have been treated over at the school, so they fled? Who knows, the ambiguous tone is something of its own kind.

Yet even with all the teasing regarding the mystery present at hand, it’s interesting that there’s an implication that Peter Weir is commenting on fascism through comparing it to the way things are run at the boarding school. A reading into the film in this manner also adds more of a sense of eeriness through how we watch the characters behave on the screen. One that stands out to me is Sara, who is not so much like the others, especially given the treatment from the headmistress, Mrs. Appleyard. As I have noted in the previous paragraph, it could be possible that maybe Mrs. Appleyard has a secret to which she wanted to hide the whole time, for maybe this regime could be why the girls have mysteriously vanished at Hanging Rock.

It’s also notable how the film creates an uncomfortable sense of alienation as it keeps going, and it also reminds me of Michelangelo Antonioni’s wonderful L’avventura. There are people that have called L’avventura emotionally cold, and similarly I hear that towards Picnic at Hanging Rock, but I find that the coldness adds more to the alienating effect, and as a result the intrigue that builds up only grows to strike a viewer like myself even more, especially in the sense that maybe it might have been what started the case for the disappearance in the first place. It helps in adding a theme about how fragile the soul is, and it’s only haunted myself even more.

Let alone looking at the visuals, it’s absolutely gorgeous from beginning to end. The many beautiful set pieces evoke the time it tries to capture so perfectly, but where the film also entrances is just the utter beauty of everything, from the costumes to the landscapes and it’s so stunning just for the eye. For those who have called the film cold or melodramatic, what I can’t comprehend is denying how absolutely gorgeous Picnic at Hanging Rock just looks, all to be aided even more with a gorgeous soundtrack, sure to leave a captivating mark on the viewers.

At the very end, more teasing comes into play with the ambiguity. Do I want to know right away whether the girls were found? The thoughts just keep on filling my head, and it’s grown to haunt me more. Every time that ending hits, I always find different readings into what Peter Weir was trying to say, and that only helps in creating an experience that I absolutely adored from start to finish. Picnic at Hanging Rock is so much a nightmare as it is also one of the most gorgeous films I have seen in a long time, maybe the sort of nightmare that calls for more visits, within all the temptations that linger in the beauty it presents.