There’s promise here, I can give it that. Yet even with the very idea behind it, what was extremely lacking is the investment within its substance. Don’t get me wrong, what I like about the film is the fact that at least there’s an idea where it wants to go, but I feel so much hinders it from even achieving that goal in the first place. I really didn’t want to go and call this a bad film, I really didn’t. Sadly, the massive disappointment I’ve felt watching A Girl Walks Home Alone at Night led me down to just one thought once it concluded: it simply is a bad film. It looks great, but on another level, the experience which I had with A Girl Walks Home Alone at Night simply left me cold. 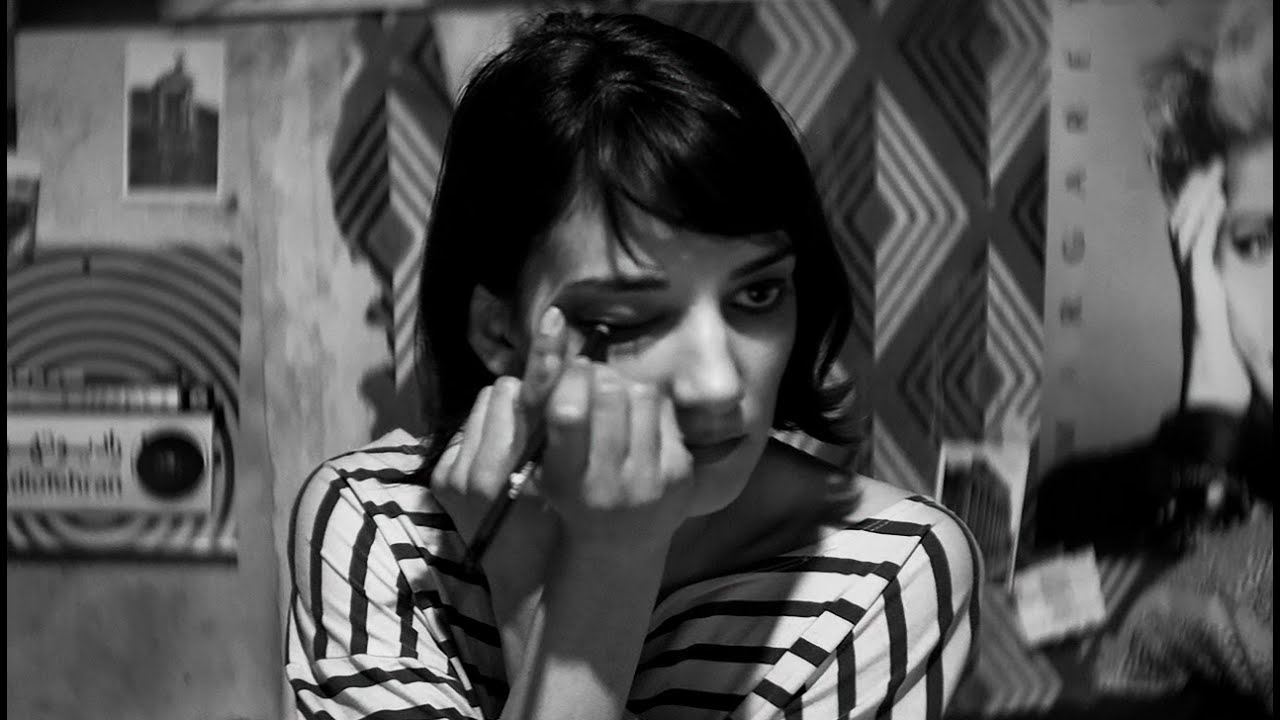 What’s possibly the biggest problem with A Girl Walks Home Alone at Night is as I’ve stated – a lack of true substance. I’d imagine that had there actually been a story to tell but the vibe I felt watching it was that it seemed more like a montage than and actual story. We have many different vibes coming in from these “scenes,” as you may say, yet what I saw was something different as none of it meshed together properly. It was an unevenness that eventually grew to become so off-putting and it was by that point I just simply did not care anymore for the events as much as I did for the visual style being applied.

Don’t get me wrong, I appreciate first-time filmmaker Ana Lily Amirpour for what she intended with the film and to an extent I feel she does succeed. At least from my understanding of her intentions, she wished to create something that were to subversively blend together vampire films and spaghetti westerns. It’s a very unique blend of styles to say the least but that’s all I really see that strikes me as particularly “great” within such a film that lacks a substance to catch my interest. Stylistically, there are many things that are trying to be worked in as a means of experimentation, which is something to which I admire rather highly, but there was never a moment to which I found the narrative to be as engaging as the visual feast being provided.

It’s interesting how there are some feminist ideologies being presented in this film and there’s a very extent to which I feel said goals have been reached and haven’t been met. In the sense that the power has been given to the female gender through the titular protagonist, it does succeed rather well. But where it fails is rather simple, there is no clear motive for most of it – once again coming from the lack of real substance. A Girl Walks Home Alone at Night can only present so much on the surface yet unfortunately, it felt so unwilling to explore what more could it have been because the idea is so fascinating it feels like a film afraid of what more there is in order to reach.

At least another aspect where I feel I can truly give credit to is the lead performance by Sheila Vand. Even with a script that seems particularly lacking in a clear idea, she pulls off the best that could be offered and at least to that extent my interest had been gripped. She simply encapsulates the moody intent that was intended for the film at least through its style, and it does work very well in that regard. I only had wished that the film could simply be as fascinating as the role. She is most clearly an actress who is dedicated enough in order to emote as much as possible for such a role, but it is also evident too little is given for her.

Given the fact that this is indeed a first attempt, I’ll credit Ana Lily Amirpour for what she tried to accomplish within this debut. I’ve no doubt that there are definitely going to be those who appreciate everything that the film is going for, but all it really comes off to someone like myself is just style-over-substance. I’m one who thinks that style-over-substance can be done interestingly, in the manner of Toshiya Fujita’s Lady Snowblood, here it was nothing other than a bore. I’m certainly looking forward to what she is set to create in her future, for the visual eye which she creates is a fascinating one, but the narrative which she tries to experiments with on the other hand feels so confused.

All images via VICE Films.