I don’t even know if one viewing is enough to be truly captivated. The beauty of Alain Resnais’s Hiroshima Mon Amour flies over my head, this is not only a film about the memories of an aftermath, but a documentation, too. We have what appears to be a romantic setup in the beginning, but upon the introduction of more distressing imagery from the Hiroshima bombing, the impact truly hits the viewers. Resnais does not manipulate history for the sake of what appears as an interracial love affair, but tells a story full of truth, and presents something incredibly haunting. It tells a story of how memories cannot be erased, no matter how much they hurt and create the image of what we are in this day and age. A landmark in French cinema, and perhaps all of cinema while we are at it, this truly is a film of its very own kind, one with a very rare impact only a filmmaker like Alain Resnais can bring out. 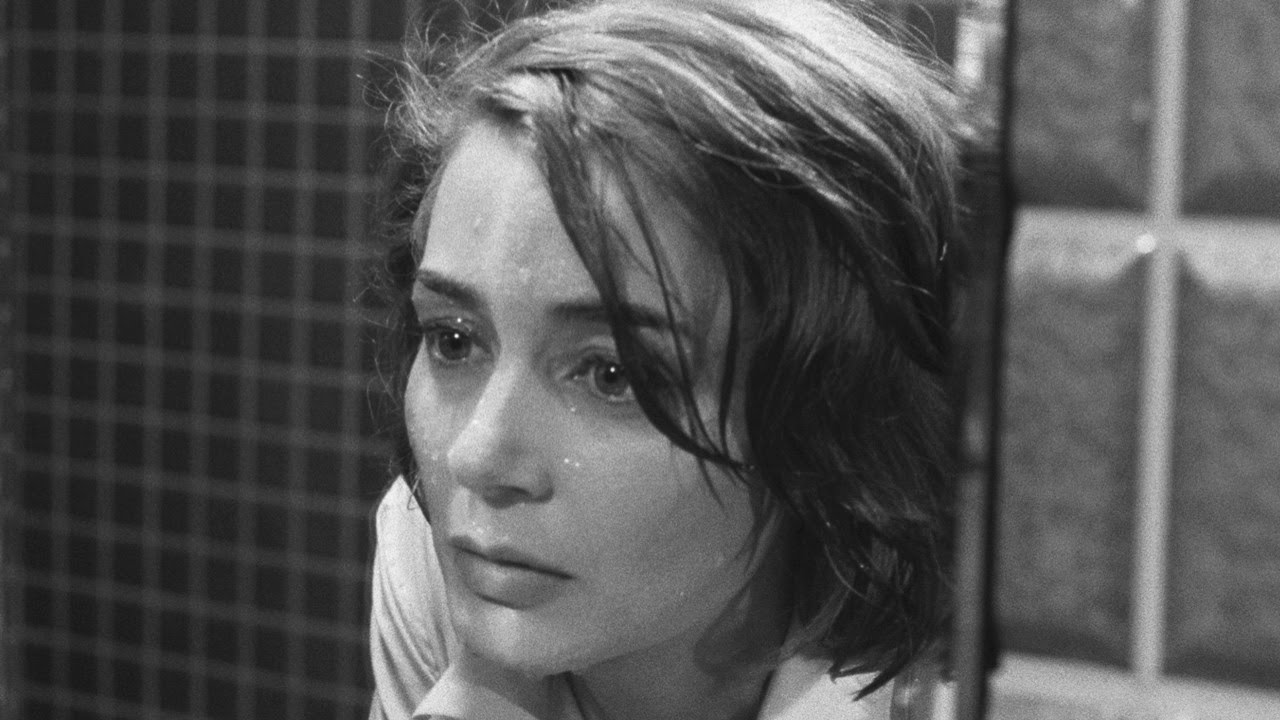 The impact of Night and Fog comes back inside Hiroshima Mon Amour, as Resnais fills everything up to the brim as much as he can with truth, and the devastating effects of an aftermath. But interestingly he juxtaposes a story of an interracial affair, there’s a fascinating mix of both beauty and horror to be found and suddenly everything lasts much longer inside of one’s mind. Emmanuelle Riva plays Elle (“she” in English), an actress who is shooting an anti-war film over in Hiroshima, and she is inside of a relationship together with a Japanese architect who is convincing her, as she is ending their relationship by trying to convince her that these memories cannot haunt her.

It also seems as if with the narration of Emmanuelle Riva, there’s a sense of anxiety to how she describes the memories of such events. But I feel like the performance is best described as a representation of all the nervousness that would have hit any ordinary soul upon the bombing of Hiroshima, Resnais creates some sort of a unique understanding of history, one that is rather unlikely to be found within the cinemas once again. It is as if with Emmanuelle Riva’s performance as Elle, he is also trying to recreate the perspective of one who was impacted by the Hiroshima bombing, but in some way, feels guilty after the events. The film’s use of flashbacks (some of the very best to have ever been put on all of film) recreates the paranoia on both ends and the guilt that follows, who are we as humans to have brought death upon strangers?

But with the fragmented presentation of flashbacks and the perspectives on history from the French and the Japanese, it’s rather highly admirable how Alain Resnais also recreates a series of fading memories all coming together. And we witness both horror and shame, within these flashbacks that dominate Elle’s mind, with her life in the French town of Nevers, and an affair with a German soldier. While it is repetitive, there’s a reason as to why it leaves the impact to which it does. It resembles forgotten memories piecing themselves together, and when they flash back to us because they may be memories we intend to keep hidden, it hits on such a traumatic note.

What also helps define Alain Resnais’s masterpiece is the spectacular imagery which is left behind thanks to the beautiful set pieces and the cinematography. The imagery, in some manner, highlights a unique perspective about life especially when it comes to its deep focus on the facial reactions from both ends of the conversation which we are watching on the screen. Although Alain Resnais may have created something that would soon top what has been left behind in Hiroshima Mon Amour with 1961’s Last Year at Marienbad, there’s truly something absolutely unique to be found with what these images for Hiroshima Mon Amour ultimately are representative of. Together with his graceful direction, what is formed is truly one of the most haunting films ever to have been made.

Another highlight that comes to mind when talking of such a film is the wonderful screenplay by Marguerite Duras. Duras’s screenplay, for how repetitive it is, carries a sort of wonder in its repetitiveness for it is also pieces together a sort of brilliance within the emotional construct created by traumatizing flashbacks of a tragic event. We listen to Elle as she is haunted by her own memories of her past, and after that, we also have Lui there to reject her. There’s a rare form of brilliance that comes out from the very structure of Hiroshima Mon Amour, as it creates a haunting resonance that strikes back in the manner that we think back to how we wish to hide some of our own darkest secrets. We come back to these memories and reflect upon what they have done for our lives, but the darkest ones only come back to haunt us and then the trauma which they left behind only puts our mind in a state that wishes it can forget what has not been erased.

Though we can simply stay around pondering, what exactly is it that will happen with Elle and Lui, with all of these memories coming back to one another? It’s amazing what Alain Resnais forms, a documentation of a traumatizing event in history as well as an erotic tale full of shame, there’s a lot that can be found upon more viewings. Films like this provide something that’ll linger around, I don’t know how much further I can go. Alain Resnais’s Hiroshima Mon Amour is a beautiful work of art that truly is an essential experience on all ground. It is a display of reality and how it overwhelms our souls. One of the greatest cinematic love stories, and in turn, an experience that only haunts memory in the manner that Elle has been impacted. I can ramble much longer, but I guess I shall shut up now. It’s still so difficult for myself to comprehend the sort of beauty a film like this has left upon my own mind – it just depresses me more and more.

All images via Argos Films.