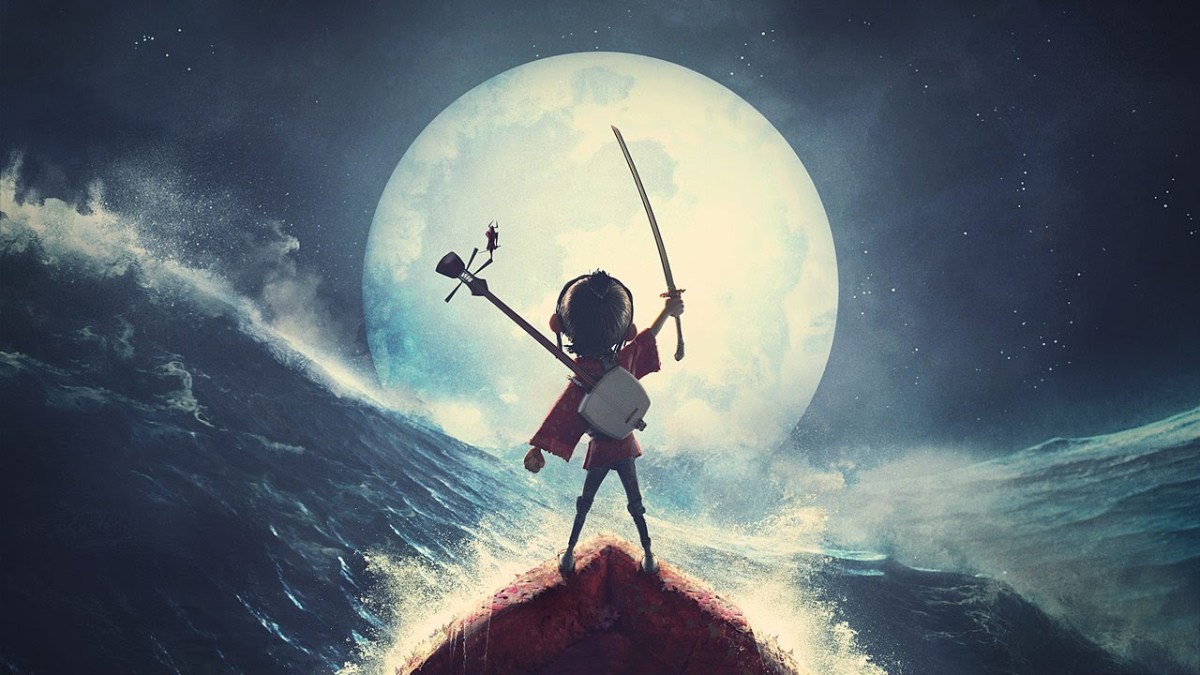 Laika’s latest offering, Kubo and the Two Strings is a film that is motivated through what it is about, the power of storytelling. Showing influence from the work of Hayao Miyazaki, what’s offered through Kubo and the Two Strings shows not only from the beauty of the animation left behind, but also from an evident love for its own inspirations are, but only a fraction of the beauty arises from there. If one were to tell me that Kubo and the Two Strings was indeed a stop motion feature as it were directed by Hayao Miyazaki, I would believe it on the spot, because this sort of beauty which I’ve found in here is something almost indescribable as it splashes all the more with imagination right as it drifts along. I don’t think I’ll see another animated film from this year that will ever be as gorgeous as this.

Art Parkinson provides the voice for our hero, Kubo.

The influence from Studio Ghibli may already be clear from the setting for Kubo and the Two Strings, as it takes place in ancient Japan. Like the work of Miyazaki, there’s an incredible sense of imagination coming by with how the film plays along with the fantastical elements which it introduces as it keeps moving. It’s this incredible sense of creativity that keeps Kubo and the Two Strings an entrancing experience all throughout, for it is also embracing of the beauty that it is about, storytelling and where it brings people, binding them together as these stories move from generation to generation, as more storytellers inside of each family provide their own variants – among many of the most profound aspects to such a film.

At its core, Kubo and the Two Strings is a coming-of-age story, in the manner that Spirited Away was in regards to Chihiro’s transformation as she learns more about the world around her. Though I don’t want to turn this review into a series of comparisons to Spirited Away, there’s a good amount of building blocks to such a work that draws back to said film. Kubo carries a story on the inside of his core which he is telling to his own audiences, but as he grows to discover more while he is on his quest, he is learning more about himself and the moment he fully matures is when his story finds an end, a fitting metaphor in regards to what the film is about. Its effectiveness arises from the beauty of what it is about, and how it uses such in order to progress through a boy’s life as he grows up learning more.

From the opening all the way to the film’s conclusion, the stop motion animation is some of the most beautiful that Laika has ever provided for their audiences. Although the elaborately terrifying design provided for Coraline is rather stunning to look at, you can also come by to look at the tsunami sequence within the opening and note the beauty of every frame in such a picture. Whether it range from said opening to the character designs or the origami, there’s always something beautiful for the eyes to be provided in such a work and the vivid nature it presents is so overwhelming, it just sucks a viewer in without any trouble. Each sequence is just as breathtaking as the one preceding it, whether it range from smaller moments such as the first act within Kubo’s village or the action that comes along on Kubo’s adventure, all thanks to such amazing work within the animation department. Where it promises beauty, it provides.

Art Parkinson, who may already be familiar to Game of Thrones fans as Rickon Stark, provides the voice of Kubo. Although his voice acting is great, Charlize Theron and Matthew McConaughey’s work is always enlightening to watch whenever they share exchanges with one another – for every line flows with ease and elegance. Yet most notable of the bunch can be the seductive presence of Rooney Mara as the villainous Sisters, drawing back to the eeriness that could come out from the twin sisters from The Shining. They are frightening whenever they come on the screen, but Rooney Mara’s voice is so seductive inside this role, creating a presence of beauty within something that is carrying a frightening image.

Kubo and the Two Strings is a gorgeous piece of work, one that lovingly pays homage to its own influences but provides enough in order to provide the feel of being its own distinctive vision. There’s a lovely sense of timelessness that comes by in such a film as created by the metaphor it is presenting in regards to storytelling as future generations hear different variants and storytellers find their own story in order to continue off from what they are already telling, only a fraction of where the mystifying nature of Kubo and the Two Strings arises. Laika is only getting more and more promising as more films come about from them. It may already have been said, but Kubo and the Two Strings is Laika’s Spirited Away.