Within every work of art, there is always a sense of creativity among the artist’s intention, whether it be a painting, a piece of literature, or a film. Yet there comes the occasion when creativity is hindered by something in life, it’s happened to someone like myself a lot. You have one idea that you think is so perfect, then suddenly you dismiss it. This is a very feeling that Federico Fellini captures in 8½, for the love letter it is to the freedom of creativity in general. There is no limit to any of it, as Fellini insists, and it simply could not have been any more truthful than what he captures in here. A film that deconstructs the artistic process and at the same time pays such a loving tribute to it, 8½ truly is a special kind of film that comes only once in a lifetime. 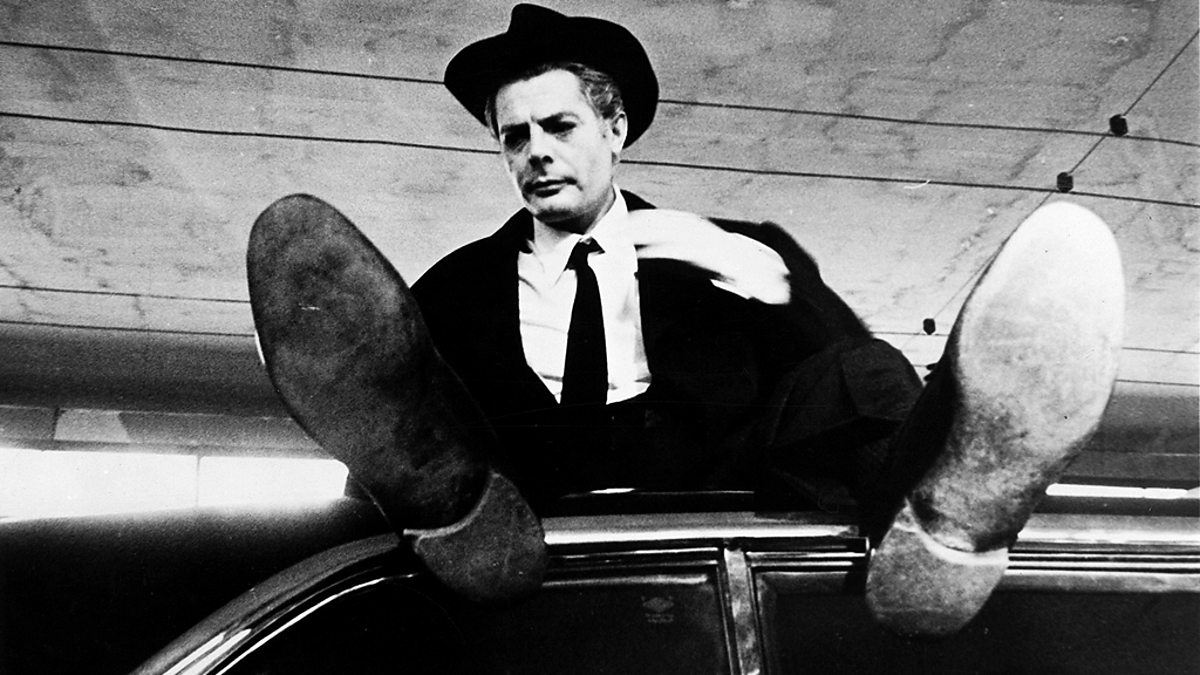 The film derives its title from the fact that it is the ninth film in Fellini’s directorial career (or, as Alberto Lattuada co-directed Variety Lights with him, eight and a half), and the protagonist, played by Marcello Mastroianni, is a filmmaker, who is going through “director’s block.” This man is the embodiment of what we see is locked creativity. There’s something on the inside of this man’s mind that we would want to see, but perhaps explaining this idea alone is the hardest part. Or perhaps that’s the point of it all. Finding a single idea which you want to go with as an artist is already hard enough, and Federico Fellini takes his viewers inside the difficult stage of trying to find a manner to express this idea, and overwhelms his audience with a quest.

8½ is a concoction of ideas that blend fantasy and reality together, and even if they all may not fully connect, the beauty comes from how Fellini chooses to express his own creativity. The very idea that we follow along is that Guido is still looking for a manner to connect what we see inside of his mind together with what it is that is seen in reality. Do these ideas connect in the manner that Guido wishes for them? But as these ideas all blend together, we come to realize how free creativity can be when we just choose to let it all out. You want to let your creativity free to a point you don’t care about whether it makes any bit of sense or not, it is something that needs to be freed for others to witness.

The unique narrative structure is perhaps one thing that also helps in defining 8½ apart from many other films from Federico Fellini’s body of work, for Fellini is just toying around with what he knows is what troubles him – there is a wall that attempts to keep all of it in one place, 8½ is where everything explodes because containing all of it to such a degree they are restricted will eventually lead to them being lost within time. It seams fantasy and reality together perfectly, and it only grows more and more captivating with viewing.

With such an odd structure, it’s amazing what else Fellini manages to address within this explosion of creativity. Among topics that Fellini touches upon range from love, realism, public scrutiny, or just whatever any artist faces when they must perform something to satisfy their followers especially when their schedule does not offer much time for such, when personal matters get in the way. It could possible have been that the point is that the most creative we can get is when we are at our happiest, and at times, we can go resort to the most nonsensical of fantasies and maybe there, a sense of satisfaction can be found.

One can do away with the marvelous cinematography, as on a technical level, 8½ is most certainly one of the most impressive films that I have come across. Whether it be from the masterful editing all the way down to the shades of lighting applied from start to finish, it would most simply be easy to ramble about how amazing just the overall design is for 8½. To those very degrees, it is just such a marvel it cannot simply be missed. For how many ideas it wishes to let loose on the screen, equally stunning work on a visual level could only help in letting all of it work as perfectly as it does.

As one who struggles trying to find motivations for what to present, it’s easy for one like myself to connect with a character much like Guido Anselmi, who is marvelously played by the always fantastic Marcello Mastroianni. The realism that Fellini infuses into this character is most simply unbelievable, because even on tight schedules there are distractions everywhere in life, whether we choose to have them come around or not. And at times, we rush ourselves and the motives suddenly don’t create so much of an impact. 8½ is where I turn to when I need to be reminded of the satisfaction of creativity.

Federico Fellini has very much created a film about film, but not only is it a love letter to filmmakers, but to all of creativity within artists of all different kinds, simply to creators in general. It’s a film that explodes with ideas of all sorts, weaving them all together could perhaps be a lot more simple than we’d have imagined. There’s a need for a specific kind of satisfaction from what we do in life, as at times like those, our mind sparks perfectly and we find that desire to create or perform. 8½ is a prime example of cinema at perhaps some of the most free I’d imagine it to be, where it is willing to let such wonders overflow.