How to describe House: a haunted house movie that took so much acid to the point it lovingly pokes fun right at and pays tribute to what we recognize out of horror movies. In all seriousness, films like House truly are as baffling as they get but the fact that we know so little about what exactly we should make of what we are watching is why it’s also so much fun to watch. Yet maybe in fact there was so much more behind all the crazy imagery or turns of events that made House the psychedelic experience which it provides while it lasts. Experimental cinema, absurdist comedy, surreal horror, whatever it may be, House just takes what many would expect out of all three and puts them into a blender and the final result is absolutely glorious. 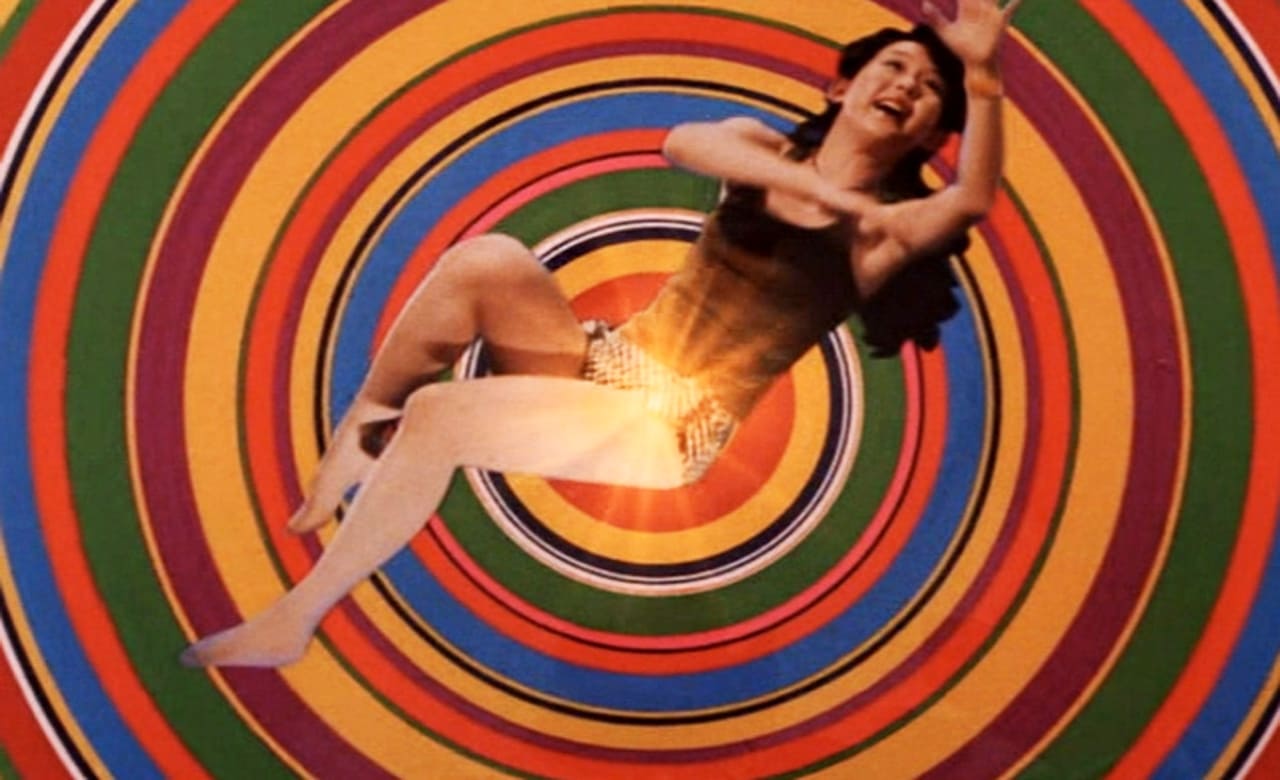 One of many strange sequences in House.

Read a description for the synopsis of House, you will not be prepared enough for what you are set to witness. It takes a story that could easily be any other haunted house movie, for we have seven girls who take a trip to the house of one of their aunts. This part of the synopsis is all that one will need to know in order to get a grasp of what makes Nobuhiko Obayashi’s vision all the more glorious, for taking the guise of a story that could easily have been any other haunted house movie, and suddenly exploiting what could play out so simply to become the acid trip it makes itself out to be – the reasons to love what House is setting for are just all across the board.

It starts from the naming of the seven girls whom we focus on: all of whom are satirized portraits of the tropes of female characters in horror movies. Our lead character’s name is Gorgeous (or Angel in the original Japanese version) and she’s defined by her tendency to put makeup all over herself and she stands out for being arguably the most alluring of the bunch. We also have Prof, wielding glasses and arguably the smartest member of the bunch, Mac the big eater, Fantasy the imaginative, Kung Fu the fit, Sweet the soft-hearted, and Melody the musical. From these apt descriptions of each of the girls, we also are given throwbacks to what it was about horror film protagonists that we love most, but sooner things begin to get all the more insane.

What follows is an unabashed sense of silliness, drawing back to Sam Raimi’s Evil Dead films. Yet it’s interesting at least to see how the silliness manages to add more of a challenge to what the viewer would expect, for it seamlessly blends violent and goofy together with melancholy – from how we are also given a hindsight into Gorgeous’s troubles involving her family from the moment of her mother’s death. In a strange way, House also managed to turn itself into a sad film from how we have Auntie’s backstory playing an important factor, where it also manages to play an interesting effect on the deaths of specific girls in the film, especially with the tonal competition felt all throughout. It plays out like a ridiculous B-movie, but there’s also an emotional core that also makes for something sad.

It’s also interesting just to note how Nobuhiko Obayashi is giving power to the female gender all throughout – something more than evident beyond the absence of males in the film (who are given the most ridiculous roles). With House, Obayashi is also attacking patriarchy, and it is rather evident from how the house is eating away the unmarried females. As for the girls who dominate the film, what we are watching, however, is a coming-of-age tale detailing the sexual maturation in the human soul. For even with how the girls indeed do dream of finding romance within their future, what makes their story intriguing is how what we are watching from their small talks amidst one another is their maintenance for their identity, as Gorgeous and all of her friends are on the brink of growing up.

Whatever else could House mean, there is always something to appreciate no matter where you look. Whether it be in how the film experiments through blending several genres into one piece or the absurd visuals glorifying the nature of the B-movie, or the incredibly catchy soundtrack by Godiego, House‘s weirdness is something that stands apart from all other definitions of the word. Surreal, provocative, frightening, hilarious, one can throw as many words as they wish at Nobuhiko Obayashi’s House. Some may find it far too weird to comprehend right on the spot, others are to find it so frightening, but no matter what you come up with, it’s something so out there and unpredictable it truly needs to be experienced. And in my eyes, it truly is as perfect a film as they can get, and every time I come back, I think to myself about why I love movies in the first place.