Feel free to throw comments at me that go along the lines of “you never had a childhood” but I don’t care for the films of DreamWorks Animation and at the same time, Aardman’s feature films have always been so hit-and-miss with me in spite of my love for their Wallace and Gromit shorts. As a matter of fact I happen to have watched many of DreamWorks’s animated films during my younger years and while they made for fun watches amidst the time many of them have never held up well aside from a select few. Collaborating with Aardman, two of their three pairings have managed to stand out amongst their track record of mediocrity but Chicken Run isn’t one amidst that bunch as it still remains so clever and it’s still their best film by a mile. 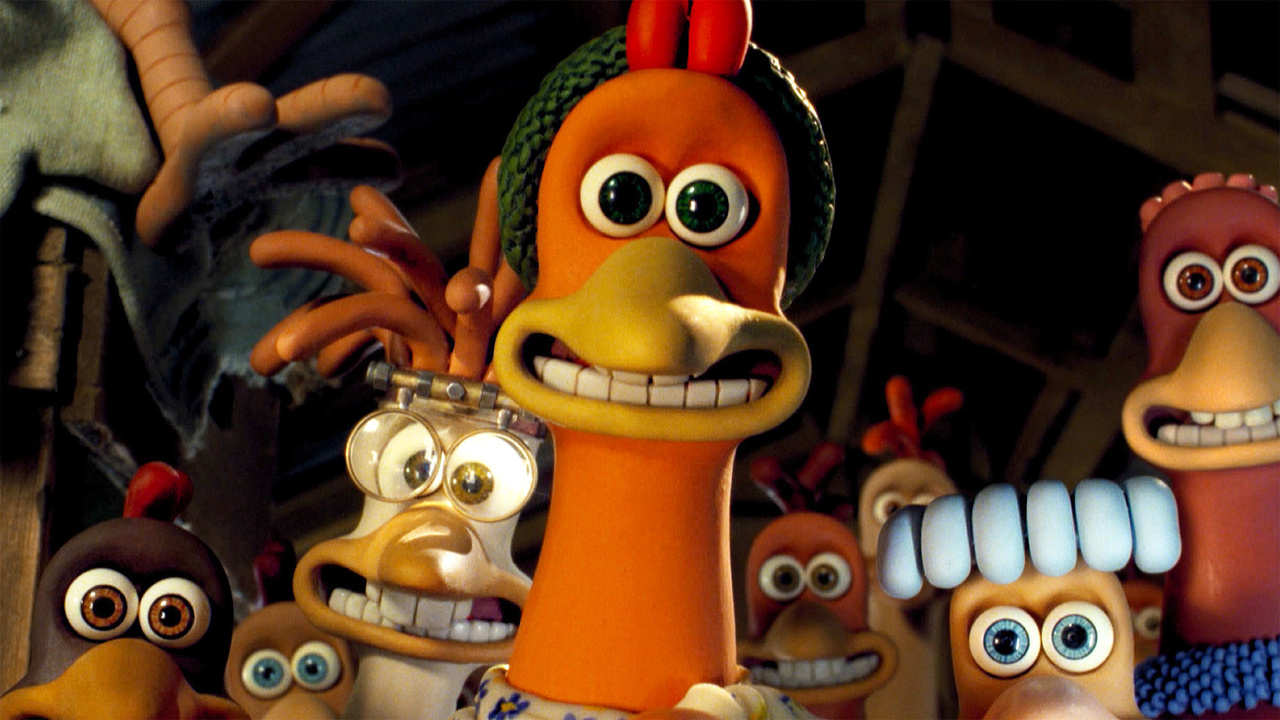 The film looks at the lives of chickens inside of a farm with the sort of conditions akin to prisoners of war for it plays out parodying The Great Escape when it starts. Yet looking at the treatment of these chickens under the hands of Mrs. Tweedy, it can also be seen as a space functioning much like that of a maximum security prison. Ginger is a chicken who wishes to escape from the lifestyle which she is living alongside many other chickens, who are forced to lay eggs every day or face being killed – all for the sake of satisfying their greedy owner’s desires only to see that they are adding up to so little. Now, their owner only takes everything even further after finding eggs aren’t selling well by trying to turn her farm into a factory to make pies, now setting up for doom.

Technically, Chicken Run still has a very distinct animation style which is a trademark of Aardman studios. Notably it also happens to be the first stop-motion animated film to have come out on behalf of DreamWorks and aside from the beautiful animation, it still remains one of, if not their best animated film to date. It’s easy enough to praise the simple approach that Aardman gives their films when watching the movements of their characters together with the set pieces that are assembled because it’s already enough that one gets to see them in full feature-length form after we already know them enough from the Wallace and Gromit short films which are just as wonderful.

That isn’t the least of where Chicken Run‘s joy ever stands, but it effectively mixes horror and comedy in a manner that kids and adults can catch onto, through the allegory it presents from a seemingly simple idea. That idea being chickens wish to escape from a farm where they are forced to lay eggs otherwise face certain death, but with the set pieces coming together something more blunt comes around for it resembles a Holocaust concentration camp where the chickens are prisoners of war, or a maximum security prison. It could only be fitting that one can describe it as a way to set children up for prison dramas because many of the beats it carries play out as a parody of such films (Stalag 17 especially) and it finds greater appeal there.

It’s also fitting that the film runs so quickly at 84 minutes – for during such a running time it still presents itself in such a frenetic manner whether it be from the scale of the adventure or through the voice cast. Julia Sawalha and Mel Gibson make for great chemistry with one another as Ginger and Rocky but at the same time an intimidating enough presence arises from Miranda Richardson’s cold-hearted performance as the greedy Mrs. Tweedy. I’m not particularly a fan of Mr. Tweedy’s rather scrawny role in the film but it was always funny enough watching him getting pushed further down as Mrs. Tweedy continues berating his own beliefs (which happen to be true towards what we are seeing). A weak link, but nevertheless still funny enough to provide more.

Aardman’s many shorts will still remain the highlights of their body of work but they, together with DreamWorks Animation still have yet to top what Chicken Run presents when speaking of their own feature-length feats. It’s a clever, breezy, and gripping prison drama in the form of a claymation comedy about chickens, for it parodies those tropes in a manner that younger audiences can grasp onto them at their age. Knowing what DreamWorks’s usual animated film from the 21st century has been suffering going from the Shrek to Madagascar series, Chicken Run still sits in safe hands even today.

All images via DreamWorks.