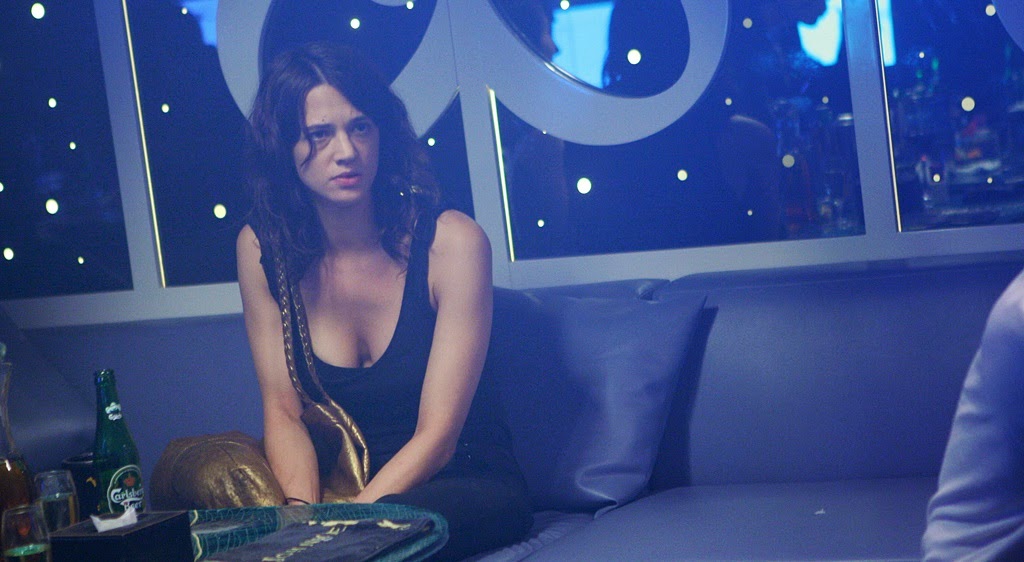 My great admiration for Olivier Assayas’s films has only pushed me further to getting around to Boarding Gate in spite of its mixed reception after finding nothing but excellence in another fairly polarizing effort in his body of work, Demonlover. If a pairing of Asia Argento and Michael Madsen could not even manage to make what should sound thrilling any more than such, where did everything go wrong? Soon I remembered that there was a commentary behind Demonlover which at least granted even more intrigue for the material it was presenting but memories of Something in the Air came by, for this may be the worst Olivier Assayas film I’ve come around to.

By spirit this is a sequel to Assayas’s Demonlover, which I believe to be one amongst the most underappreciated films of the 21st century. Boarding Gate once again returns Olivier Assayas to familiar territory within sex trade for now he tells of a former prostitute as played by Asia Argento as she gets wrapped up with a couple in Hong Kong. Assayas’s aim with Boarding Gate finds itself lost amidst many threads and unclear motives, making this thriller all the more frustrating as it moves along. Sure, Demonlover may have done something similar but the main difference between said film and Boarding Gate is that one film feels as if it’s trying to create something compelling and the other just jumps around as it pleases, and creates a great disconnect all around.

Where Demonlover actually worked in order to create intrigue about the nature of the world that it is inhabiting, Boarding Gate only feels like a half-baked attempt at such. There’s potential for a new ground that Olivier Assayas could go away with exploring in Boarding Gate but he leaves far too much open and it kills off the intrigue it could have formed on the spot. Rather instead what comes out as a result is a scattershot portrait filled with motivations ultimately going nowhere for either a lack of resolution or buildup is ever given to let any of these moments deliver. What happens instead from Boarding Gate is a feeling of dissatisfaction because it is clear already that Olivier Assayas knows what he wishes to say about the world he depicts, but never gets there.

Michael Madsen is a great presence which should not be much of a surprise, but the alluring Asia Argento gives the film her all. Even though some of her lines never feel they come out properly there’s still something intriguing coming out of what she is delivering from first scene to last and she adapts to her environments perfectly well. Though in part I’m convinced by how Assayas arranges the backgrounds and every single character’s motivation because it’s hard enough telling whether or not they come out the way they intended. Asia Argento at least provides great eye candy for some, but she’s clearly the only sort of actress who could ever have been pictured perfectly inside of this sort of role and her efforts are at the very least, admirable.

Olivier Assayas has a great fascination with this sort of underworld and what it does upon people who become an active part against their own will. It’s this sort of energy that allows Boarding Gate to move as swiftly as it does, but it never always works to the film’s own benefit. What’s most frustrating about Boarding Gate, however, is that Olivier Assayas is never sure what he wishes to say about what sort of an impact comes about on their end. At one point it plays perfectly as a return to the sort of stylizing that defined Demonlover, but at another it plays like any other spy movie and soon enough his message just gets lost along the way, then comes back up.

I greatly admire Olivier Assayas’s work and even at his worst there’s always something that would ever be enough to grab my attention and clearly his aesthetic choices together with what he sets up for Asia Argento’s character are enough to create that fascination. However, it also finds itself getting lost in terms of what it wishes to say about these worlds and on that count, it may very well be the weakest that I have seen out of Assayas’s filmography as of yet. I was hoping for something that could have shown itself to be an underappreciated masterwork looking for attention akin to Demonlover. What I got instead never feels it is even fascinated with itself to head to such heights, but it never even feels sure of itself or where it wishes to go.

All images via MK2.