One of my grandmothers turned 90 years old in January. We took her on a trip to the Philippines for Christmas so that she can celebrate her family back on her homeland, and although it almost seemed nice to see her happy to be back home for probably one last time, a thought of sadness hit me as I came to remember something she once told me. I’ve lived inside of a pessimistic shadow and the thought that she might possibly go away sometime sooner, from something I don’t want to think about. When I watched Vittorio De Sica’s Umberto D., I was always keeping what she said in mind – and once the film reached its end I only found a greater fear growing in myself. A growing fear that this will life will become my own. And I’ve not prepared myself for it, no matter how late or soon it may come. 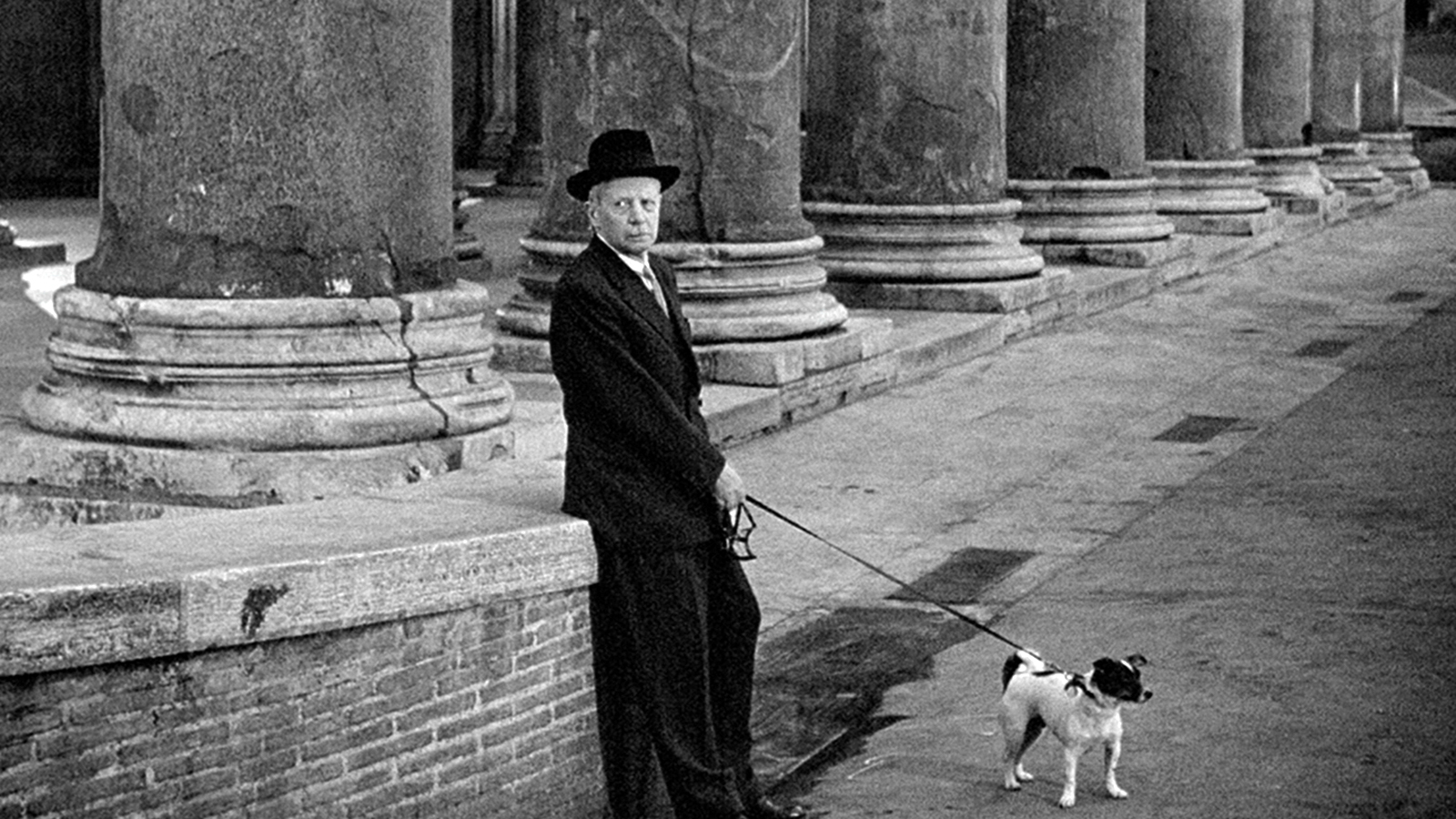 Umberto Domenico Ferrari is an elderly man and a retired civil servant. The film’s setting is Italy shortly after WWII. It’s typical of Italian Neorealism to approach topics of poverty while at the same time hiring non-professional actors all to have their scenes done on location, and if Bicycle Thieves hadn’t made it clear just yet, Vittorio De Sica approaches the harsh subject matter once again in Umberto D., reportedly the director’s favourite from his own works. Umberto lives inside of a rented room but his only friends, the pregnant housemaid and his beloved dog Flike are no help against the tyrannical landlady who wants Umberto to pay the rent, for she rents out his own room to prostitutes midday. In his past, Umberto has worked for the government but now, at a frail state of life, fate is setting doom.

My grandmother told me once that our elders are a critical part of whom we have become as a family and as a person, and if ties are broken, a feeling of unhappiness will soon overcome our own selfishness. One film that brings back memories for me as I reflect upon her saying is none other than Leo McCarey’s Make Way for Tomorrow, reflecting upon the ugliness of our selfishness and how it breaks a family apart, especially at a critical moment where their elderly parents will be forced to live separately after losing their home. In Umberto D., the subject isn’t much different – looking upon the fate of an elderly man who is unable to pay his own rent after peers just push him around. Soon, I look back at my grandmother and I think to myself about what would have happened if my actions have ever brought this sort of doom solely because of a thought they will be gone soon.

One can argue that Umberto D. could easily have been set anywhere and at anytime, but there’s something about the setting that always struck me – the fact that everything finds itself inside of a state of fading only brings me to think about how the environment around Umberto has traumatized him. But soon the power of Carlo Battisti’s performance has become clear to me. In his first and last role as an actor, what he has shown us here is one of the most devastating character arcs to have ever been committed to the screen. A character whose pains we can find ourselves empathizing with, for we get a perfect idea of whom he doesn’t wish to be, but as everyone around this world grows to humiliate him, we feel for him. But to look at how Vittorio De Sica portrays this struggle especially for people inside of such a frail state of their life, the feeling that comes out is universal.

Something to which I was left to think about more when it came to my grandmother’s saying was my own place in life the moment I reach that stage: a frail, elderly soul who will fade away from memory soon. What will happen if no one has any use for me, even my own family? The love between Umberto and his dog Flike is one among many things that moved me so deeply, for I come to think about what would happen to the dog as Umberto knows only doom is set to come forth. We never know the dog’s age, but upon the final scene it made everything clear as to why his companionship with his beloved dog was made as powerful as it was. Umberto, now knowing that he won’t be able to service his dog anymore, already has a plan in mind, but the dog doesn’t want to be away from his master. Upon the film’s final scene, it was abundantly clear that an idea was presented, his love will never die, just like one’s spirit would upon their departure. It was because there was a note of positivity even at a rough time for oneself, knowing these moments are temporary.

Bicycle Thieves might very well be the staple of the Italian neorealist movement but if we were to talk Vittorio De Sica’s creations, I lean more in favour of Umberto D.. We look back upon Bicycle Thieves and many reasons to which said film can be praised echo what else can be said about Umberto D.: we are not merely watching actors anymore. These are real people who have suffered at the hands of the war, traumatized by their background. And as we witness the devastation that comes out from Umberto’s fate, there still comes a lesson to be learned. Such people can impact us in this stage of their own life because there is a chance we can end up living as they are: homeless, poor, alone, a life full of despair, as their end approaches. As Umberto D. ended, I said to myself, it was time to wake up and learn. And if that ending scene doesn’t make you choke up, I do not know what to even say.