Ben Wheatley has always been a complicated case for myself and Free Fire shows another side to him that may prove itself more accessible put next to the rest of his films. I went into Free Fire wondering what this new route would have done for Wheatley then I got a mixed bag of results. On one hand, the idea that is being presented here is something to which I have great admiration for, but on another hand, I’m not exactly sure that I got enough of it presented here and I wonder how much it would benefit either from trimming or extension. This was something that has always run through my head when I watch Wheatley’s films, they have ideas that don’t always come fully realized but he’s a director I admire on the count that he tries to reach out for more through the unorthodox. 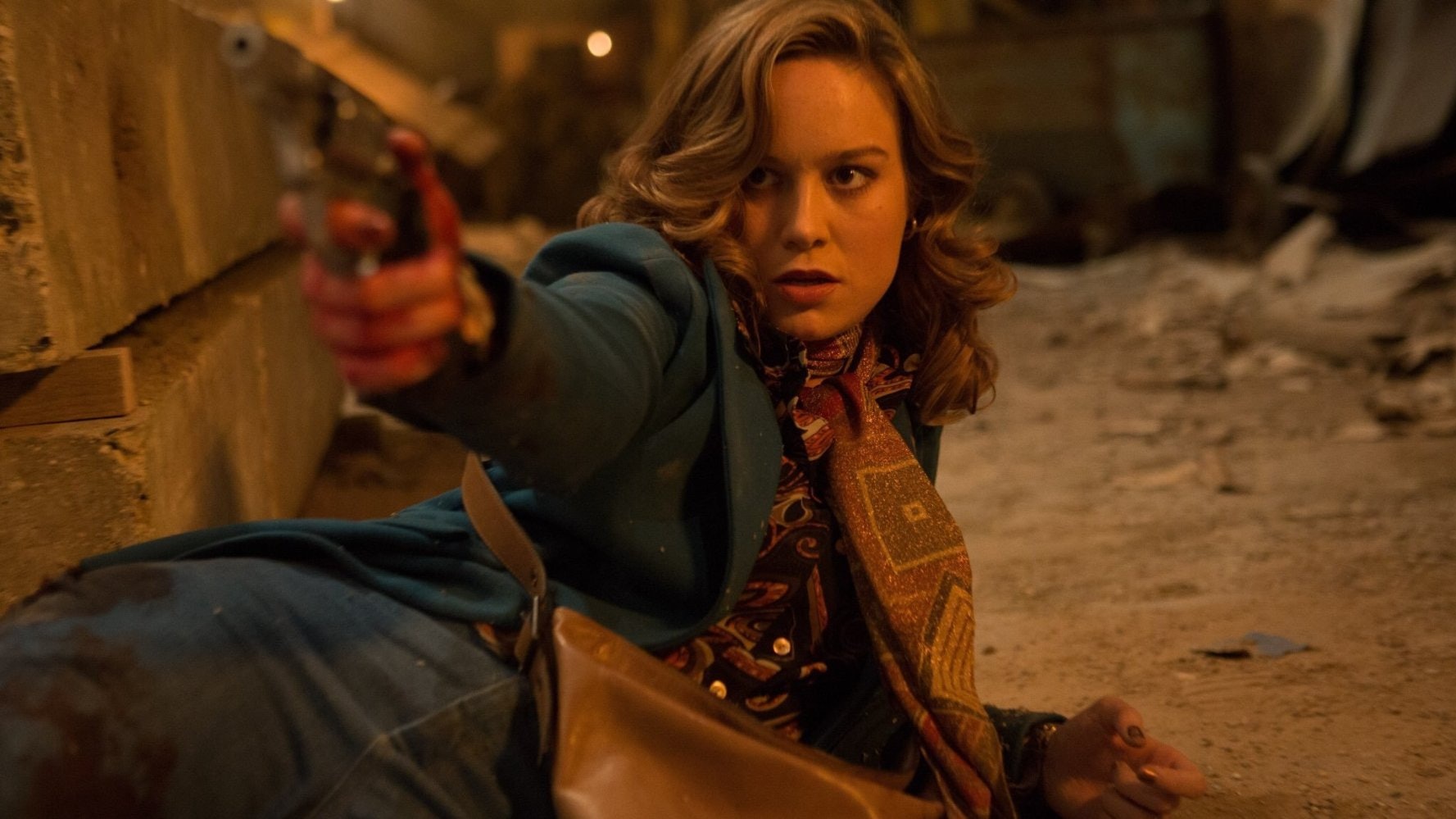 The good chunk of Free Fire is set within a confined space, almost akin to Quentin Tarantino’s Reservoir Dogs. That having been said, it was one film that retained its own place inside of my own head because of how much takes place within one confined location as the action was all taking place. It’s actually quite interesting to watch how everything sets itself in motion from the first shootout to the next, but it was from the film’s repetition to where I found myself expecting a whole lot more to be done. Some argue that the film would indeed benefit had it been less of this, but I’m one to say that there should have been so much more because I was actually on board with where Ben Wheatley ends up taking the idea and I wanted more. I wanted more since I felt like it seemed fairly lacking in one area while in another it’s got everything down to the bone.

Where the film has everything down to the bone comes from the comedy. Much like Wheatley’s own Sightseers it was only the most absurd to that point a great feeling of discomfort within the situation at hand was much better emphasized and it also helps that the screenplay, written by Wheatley himself and his own spouse, always bit in the right places with how clever it was. It was something I’ve already come to expect out of the way that Wheatley’s films are written and it’s already been retained in a most pleasing manner with Free Fire, and add the deaths of certain characters coming in within this scenario – this should already be finding itself reaching for more based on the way it sounds. Wheatley knows how to have fun with the actions of these characters and how the violence creates a greater sense of breakdown for all of them but somehow it isn’t always enough.

Although I love the fact that the plot is as minimal as it is, considering how the film fires itself up from a gunshot made during a sale, I’m not always on board with where Wheatley moves on from here. And surprisingly my problem wasn’t with the film’s sense of repetition because I like how it in a sense, plays out to represent how everyone is being driven crazy over something that could have been done and over with so quickly. The problem is that it seems to feel more like a stretched idea than anything and it quickly finds itself wearing really thin. The action at least finds itself present in order to keep itself from being entirely uninteresting but even then, there’s a point to which it ends up feeling like an extended action sequence more than anything. It also helps that the cinematography and set pieces allow for a great sense of confinement for the action in order to create a better sense of being within the moment.

Characterization isn’t always the best, but that’s where I bring up why I wish this film was longer. I wish that this film was much longer because I’d only imagine that Wheatley could do something all the more creative with each characters and their own distinctive personalities because I was already struggling to remember characters by name, since there was a point I just didn’t care enough about what was going on. There’s a notable exception with Justine as she’s the only girl in the room. Ultimately she proved herself to be my favourite part of the film, anchored with a terrific performance from Brie Larson, but at the same time I only wish that Ben Wheatley had been able to allow her own character more room to create a sense of growth because she also doesn’t have enough to work with in here. Maybe I could imagine it was a part of the point Wheatley wanted to make with this, and I’d find myself liking it more if that actually were the case considering the fact that most of this is set in motion from actions.

So much about the way Free Fire moves around should be something that I can easily find so appealing but it’s also very visibly lacking elsewhere. I like the fact that it confines as much as it possibly can within one space, and I also like how Wheatley and Jump’s sense of humour adds to the sense of discomfort that would ever find itself present as a result of the violence taking place in the room. I’m very interested in how a revisit of this would fare with me, because Wheatley has so much to work with given the idea he presents but there’s a point to which its own aim ends up running increasingly thin. It would probably end up going down as one of, if not, his most accessible work to date, but at the same time I only wish he did so much more because it was easy to feel that we were left with either a stretched idea or an incomplete one. That said, it’s still fun enough to warrant at least one watch.

All images via Film 4.