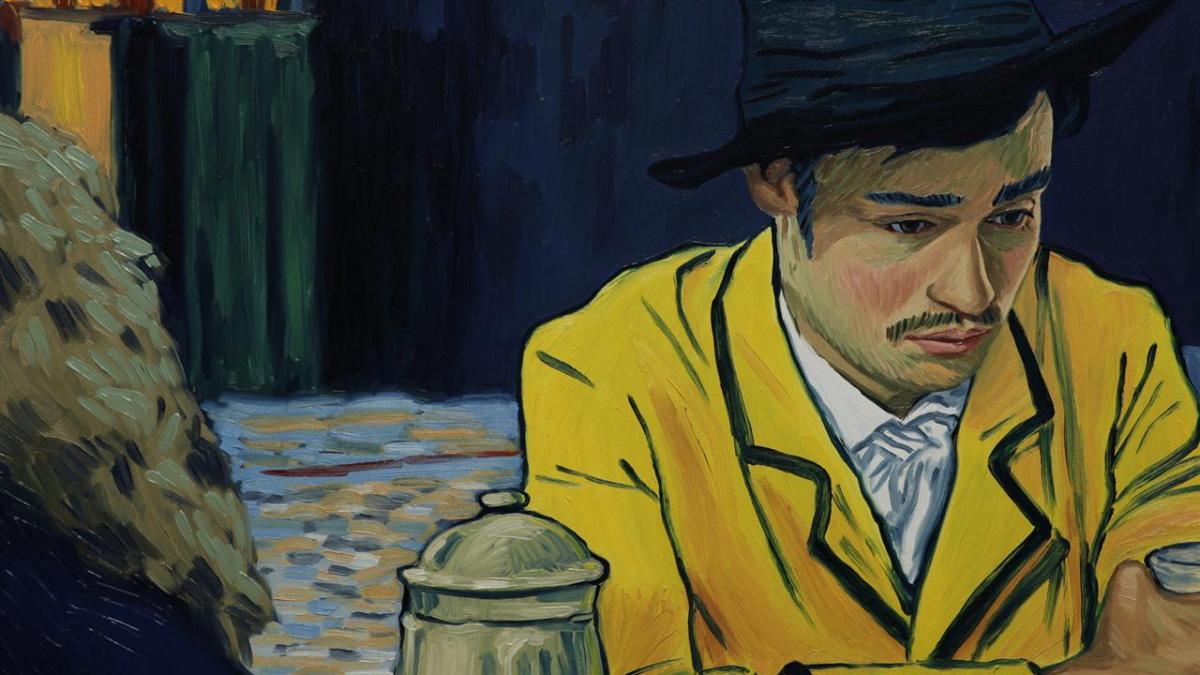 Loving Vincent is set to be talked about on the count that it the first animated feature to be fully animated through the usage of oil paintings. But for as interesting an experiment as that may be, I was also surprised to find that it never seemed to present much outside of that worth talking about. This animated biopic about the famed Dutch Post-Impressionist painter Vincent Van Gogh will find its crowd somewhere but I also found it to be empty otherwise. It seems odd enough to me because of how much Loving Vincent has established itself through the art style as an ode to the work of Vincent Van Gogh, but even from looking at a Van Gogh painting there seems to be much more being said rather than what is found in here. 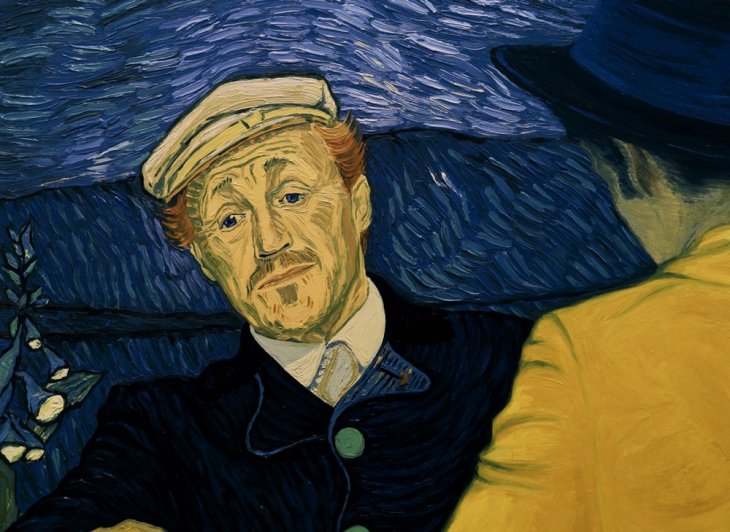 The film starts fittingly, right after the death of Vincent Van Gogh, and plays almost like a mystery where we go through flashbacks in order to look at highlights of Vincent Van Gogh’s life that would have laid influence on his creative process. Which is interesting enough, but I didn’t feel like I was looking right at the mind of Vincent Van Gogh from this narrative choice. Rather instead everything unfolds in front of our eyes akin to a detective trying to solve another mystery within what had been leading up to Van Gogh’s death. As a result, I only found myself alienated from what the film wished to present about Van Gogh because of the fact that he doesn’t even feel like he is truly at the center of a piece celebrating his art.

I’m not particularly sure why have a detective character narrate elements of Vincent Van Gogh’s life to us through the use of flashbacks, but considering that’s how we are supposed to find a sense of connection with the artistic process of Van Gogh, I had only found myself otherwise distanced from the experience. At its best, the bleak colour palette would have hinted at the pain and suffering that would have been highlighted in some of Vincent Van Gogh’s artwork, but the connection ever felt so vague if anything else could describe it perfectly. We aren’t getting a look into the mind of Vincent Van Gogh, rather instead an outsider’s perspective that seems to be aware it’s that of an outsider, but within a point-of-view that has so little to say even about itself. And it was what I had feared most, because Loving Vincent doesn’t seem to have a clear idea how it wishes to tell Van Gogh’s story, it just cherry picks all the best moments and expects us to feel something right on the spot.

Given as I mentioned the colour palette earlier, it’s easier to respect Loving Vincent based on the experiment that it is. Considering how much effort would have been put into painting each and every frame in order to give the scenery life, it isn’t any less hypnotizing from the sound of that. It has an idea how to catch the eye, because of the beautiful colours and a new spin on traditional animation as we had known it – and to the many people who had managed to bring such an experiment to life, they deserve nothing but a round of applause. They deserve nothing else because this animation style is something that I wish to see again at another point, for it seems to be a dying art form especially in America where computer animation is what draws the crowds in.

It’s a shame, however, that overall – the story is just absolutely uninteresting. Even the voice acting doesn’t seem particularly convincing enough whether it be the changes in British accents that come and go or the equally uninteresting characters. The voice actors are clearly doing their best but it only gives even more evidence towards the fact that Loving Vincent is merely just a first feature film for directors Dorota Kobiela and Hugh Welchman. There’s a whole lot of room for improvement whether it be within the script because of the many inconsistencies present or the merely functional voice acting. Chris O’Dowd breathes life into this project, with a lack of onscreen time is an exception to the rule, for he brings out one of the best moments of the film, a moment in which the film had come close to being exactly what it should have been.

O’Dowd’s character narrates in the most moving sequence as mentioned above a monologue about how the whole world has turned against Vincent Van Gogh. It was the most touching moment of the film but I also feel as if it seems to apply when talking about Loving Vincent in the strangest manner. It seems like an appropriate way of describing such because Loving Vincent doesn’t seem to understand where the impact of the work of Vincent Van Gogh really starts. It just feels like a sugarcoated biopic about a tortured artist, which isn’t anything new for the genre. But by playing detective around the life of Van Gogh, it seems to create a greater disconnect between the viewer and Van Gogh’s creative process which I’m certain wasn’t the intention. For as commendable an aesthetic experience Loving Vincent was, it doesn’t have much to say substantially beyond the oil painting selling point.

All images via Altitude Film Distribution.