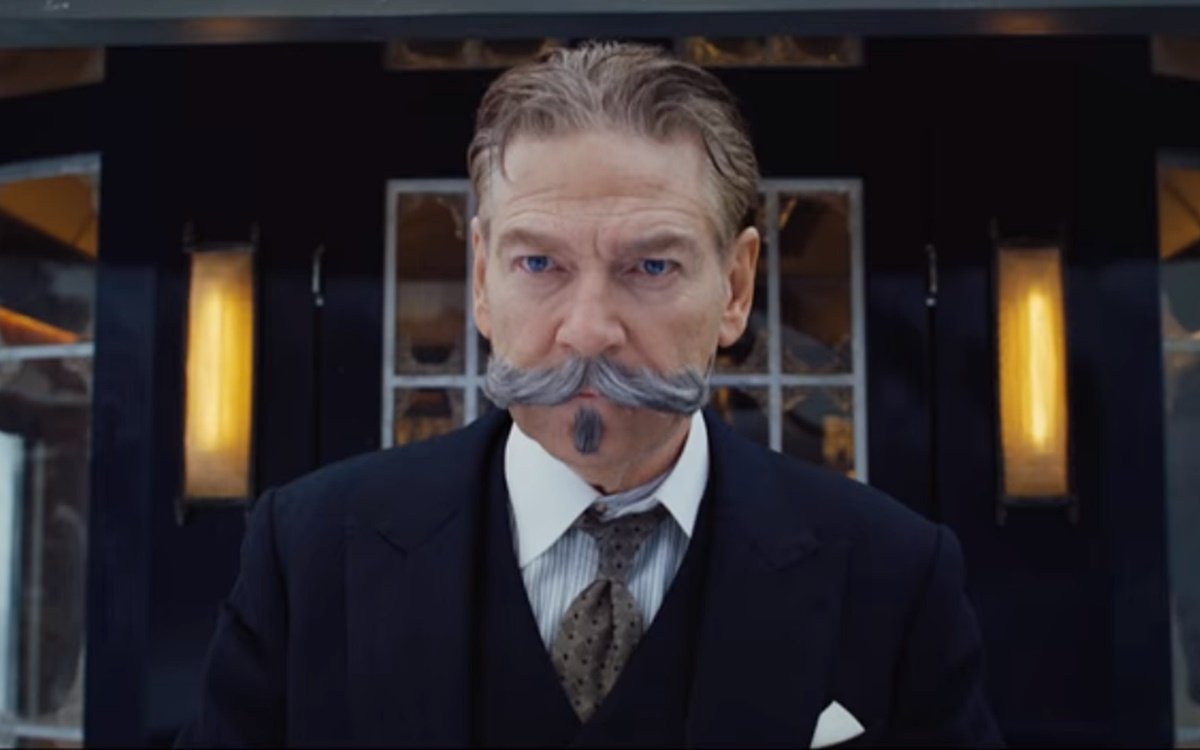 For all we know this probably isn’t going to be the last adaptation of Agatha Christie’s Murder on the Orient Express but after having already been adapted for the screen as a theatrical film in 1974 and twice for television, one can only expect that a recent spin would at least feel distinguishable because it would at least try to find a way to introduce the story to a newer audience. In some sense it would seem that Kenneth Branagh would be both the perfect choice not only to direct but also to star in the film as Christie’s Hercule Poirot, but quickly enough I was asking myself who exactly was this film being made for. For as appealing as the idea of a stylized period piece based on Agatha Christie can be, the marketing gave an idea it didn’t seem to know who it was for from the inclusion of an Imagine Dragons song. For as much as I’m thankful that awful song isn’t in the movie, it still rings off as exactly what I described prior; a new adaptation that has no idea who it’s for.

Set in the winter of 1934, the famed Belgian detective Hercule Poirot is seeking to take a break from his work after having solved a theft in Jerusalem. He boards the famed Orient Express after his friend Bouc offers him a spot on board, planning to return home. After an avalanche derails the train, Poirot discovers that another passenger on board, the American businessman Samuel Ratchett has been murdered and now he is brought back on duty to investigate. If one has already seen any other version of Murder on the Orient Expressone would know what to expect from the story, because Kenneth Branagh doesn’t seem to try out a new experiment with a familiar source even if stylistically it appears very modern. Unfortunately for modern audiences unfamiliar with the story, they’ll be left to gaze at the appearance yet its substance feels alienating. To say the least, there’s no clear idea who this new film is geared towards.

The most that you can really say about this new take on Murder on the Orient Express is that it looks nice. As expected from a Kenneth Branagh production, the sets and costumes are exquisite – it all looks very pretty on the screen. From his early Shakespeare adaptations it was clear enough that Kenneth Branagh had a clear idea how to present such stories for a newer generation, but in trying to cope up with modern standards he still feels lost. He seems to be able to capture the era in a very visually appealing manner, from the aforementioned aspects as well as the cinematography but the beautiful designs can’t hide Branagh’s evident weaknesses as a storyteller. It’ll certainly draw in the eyes of many viewers but everything just falls flat.

Not really much can be said about this take on Murder on the Orient Express if you know how the mystery is set to play by heart, because it happens to be the same story as it has always been. And for modern audiences, it doesn’t seem to invest enough time with the suspects thus there’ll be no reason for them to get on board with the mystery because the suspense almost feels nonexistent. It seems to sacrifice suspense only for the sake of looking appealing on the big screen, which is the worst thing that a modern Kenneth Branagh can feel like – because it’s merely functional at best and doesn’t seem to invite anyone in for any sort of challenge along the way. Everything just feels as if it is there to present a theatrical image, yet there’s no particular reason for it to come forward in this manner.

The cast seems to be having fun with what little time we have for them, except Kenneth Branagh being at the center of everything. That’s the only reason that I can see for Branagh to direct this one, because he wants to be at the center of attention again and as Hercule Poirot he does it in an over-the-top manner. Many of the most wonderful cast members in the bunch whether it be Willem Dafoe or Daisy Ridley are trying to make the best of what they have, but Kenneth Branagh just seems to have little time for their characters as this is purely Poirot’s show we are watching. But I find it hard to take Branagh as seriously as he wishes because of how he is presenting Poirot, because he seems to be hamming up the role and it creates a bizarre blend of tones that just doesn’t work in the grand scope.

I don’t wish for this to be the last of the Murder on the Orient Express adaptations but whatever Kenneth Branagh is trying to show off in here seems too focused on his own glory to really draw in a new audience. Sure, everything looks pretty and the cast are wonderful, but it seems to be a product that merely exists for the sake of theatricality rather than to tell a story. Perhaps Branagh could have made Murder on the Orient Express into a great live performance, but considering how little it seems to offer that would distinguish it from any other retelling of the story that we have – it still feels so oddly empty.