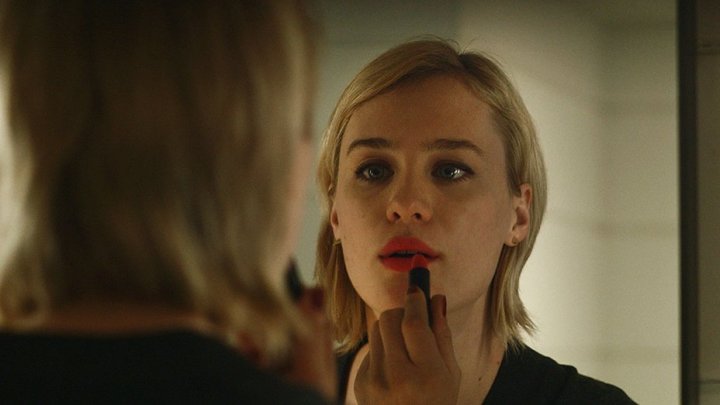 If Alex Ross Perry’s Queen of Earth hasn’t already made clear the influence of Ingmar Bergman’s masterful Persona on modern independent American cinema, then perhaps a more chilling approach can be found in Sophia Takal’s sophomore directorial effort, Always Shine. But among many reasons this underseen psychological thriller has indeed made itself shine as one of the most intriguing films of the past few years, it’s the commentary it states about the industry it is set within for even if it not particularly anything new, it never shuts down the viciousness of the content which it displays. But even in the somewhat derivative nature there’s still a feeling of freshness that makes Always Shine a thoroughly compelling watch.

Caitlin FitzGerald plays Beth, a rising actress who is already about to make a big break. Mackenzie Davis plays her best friend Anna, who is also an actress but she is still struggling even to find her claim to fame for she is only starring in student films and working for free. But as they take a trip to the Big Sur and attempt to reconnect with one another, jealousy and regrets rise up from the two of them and put their own friendship at risk. This concept has already been done before, but there’s still a freshness to Sophia Takal’s direction that only shows where Always Shine manages to work at its very best, reflecting on the very nature of what everything they know truly is and what becomes the cost of such.

To address the film’s somewhat derivative nature it makes its own influences whether they range from the films of Robert Altman and Ingmar Bergman far too clear for their own good yet Takal always plays them out in good measure. In some sense it can be read as a critique for how the film industry is thriving upon taking older properties and retelling them without ever attempting to do anything new to the substance, but to me it only seemed like it was an opportunity to show off because the commentary isn’t anything new: we know what satisfies the common viewer, but to what extent do these movies directly address what they are actually watching? Always Shine didn’t seem to add much else but other than that there was still something of greater effect at play.

Given the film’s primary source of influences, the least one can expect is a detailed psychological breakdown of the duality reflected in the friendship of the two actresses and it is a part of what makes their performances outstanding. Caitlin FitzGerald is great as expected, but I’m all the more intrigued in what Mackenzie Davis has ahead of her because Always Shine plays almost like her own calling to the point that it’s frightening. And it’s frightening in the sense that you recognize someone of great talent only going unrecognized, it pulls you closer, but the narcissism that has defined these characters we see only leaves an image of what fame does to someone and in turn, what happens if they lose touch. It feels almost akin to Sunset Boulevard in that manner, but it only makes clear another level of the cleverness in what Takal has made.

If there were still anything to be asked after watching Always Shine, it would be about the effect that acting leaves on one’s mind, given the degree to which stars of all sorts are treated in Hollywood – and under a female perspective it is only most telling that sexism is prevalent within said field. Sophia Takal addresses such matters in here, all to the most scathing, turning Always Shine into something more terrifying. The film’s meta nature also serves as a perfect sense of reflexiveness because Always Shine breaks down why we target our attention to certain products over another and what it does for people who are striving to be noticed. And that’s what the industry turns itself into, a game of luck.

What I’m hoping after this is that Mackenzie Davis would find her own big break after this because it’s criminal that she hasn’t already become an established name just so quickly after this. And it is in the very same sense that I am also left wondering what exactly will Sophia Takal be working on from here onward. And given how underseen Always Shine is at the very moment, it makes a case for one of the best metafilms in recent years because said nature only makes it the perfect horror film in that regard. Even though it is easy to point out where it feels derivative, it never takes away from the genius of its own self-conciousness.

All images via Oscilloscope Laboratories.