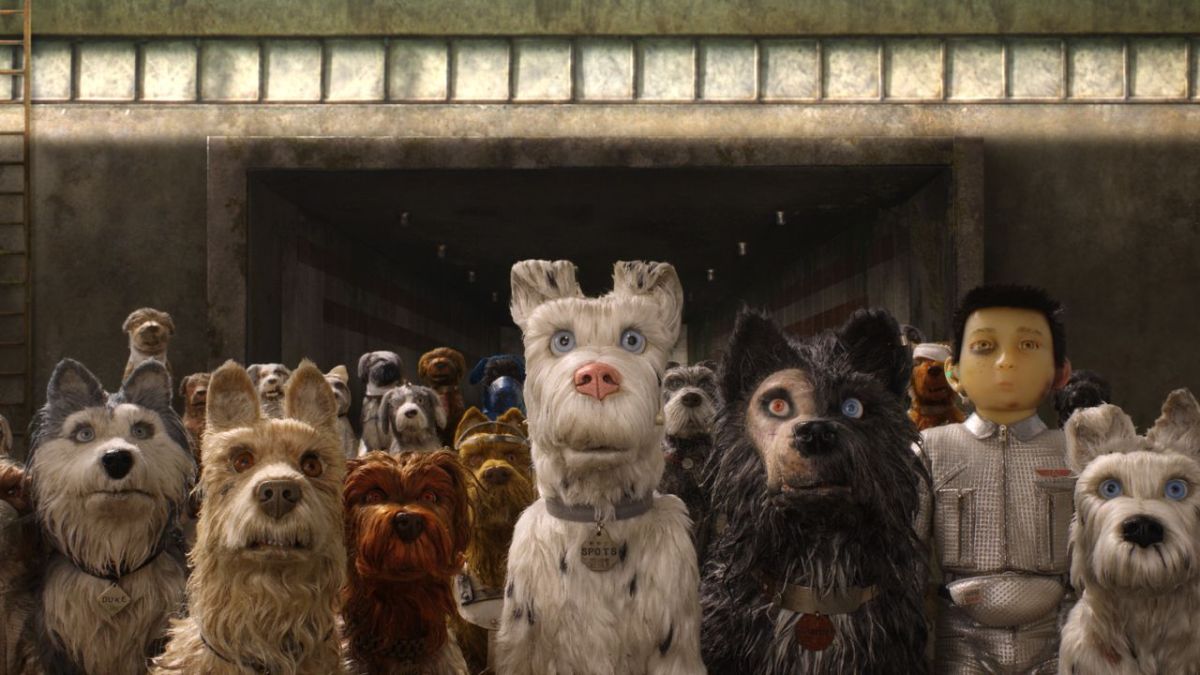 Wes Anderson’s second animated feature film Isle of Dogs (which can be said out loud as “I love dogs”) is delightful in every sense of the word. For as easy as it is to admire the consistency of a filmmaker like Wes Anderson whether it be via his trademark visual style or his distinctively quirky sense of humour, his style will understandably not be for everyone’s tastes. Speaking only for myself, I’ve been a rather dedicated apologist for Wes Anderson’s work for I’ve yet to find myself actively disliking a film under his own name – because the way Wes Anderson allows his own trademarks to adapt so well under different forms of storytelling only goes to show more proof as to why he is truly among the most unique filmmakers of his own generation, for he is truly in a league of his own.

Set in a futuristic Japan where dogs are banished to a nearby island due to the outbreak of an illness, a young boy, Atari Kobayashi sets off to the Isle of Dogs in order to find his personal bodyguard dog Spots – not without the help of another group of previously owned dogs and a stray. Being set in Japan, it was only fitting enough that Wes Anderson would have had the human characters voiced by Japanese actors whereas the dogs would be voiced by English-speaking actors and for as much as I’m not exactly on board with the decision to leave the Japanese going without subtitles (it is almost always translated into English through the presence of interpreters one of which is played by Frances McDormand), I still think the film’s overall inventiveness is enough to warm up any spirit.

It’s easy to love a Wes Anderson film for his distinctive visual style but knowing that he can fit it so perfectly into both live-action and animated storytelling. But given Anderson’s colourful visual style it also adds a storybook-like quality to his work, something that his later work has managed to embrace with such perfection. Anderson presents his viewers with a visual style that calls clearly for how much it will inspire awe within oneself because of how his stories unfold. The detail in the animation is absolutely stunning, what Wes Anderson manages to make of the setting is especially inventive for every colour palette works perfectly to invoke a certain emotion from the viewers just as much as it works to reflect the state of life which its characters are living within.

For as much as this also happens to be Wes Anderson’s most culturally sensitive work yet because of where this story is set, but I also think that with what Anderson has in his hands, it still works effectively enough to achieve its goal. Anderson’s work is never one to shy away its own directorial influences and with Isle of Dogs comes his own chance to show his influence from Akira Kurosawa, even going as far as to including music from Seven Samurai. Thematically, it feels most fitting as this is a film about how compassion brings others together, especially in the time where a revolution needs to take place – being told within a society that is so horribly xenophobic. It feels fitting because this is a revolution being led by students, given the political turmoil in America at the very moment.

What’s also stunning Isle of Dogs is how well the whole cast works with the sort of roles that they are working within. For one, casting Bryan Cranston as a dog who believes he has more authority over his other canine friends (who are voiced by Edward Norton, Jeff Goldblum, Bob Balaban, and Bill Murray) is so perfect because his voice already leaves behind a presence that one would rather not be reckoned with as is, and in the most empathetic sense at that. Greta Gerwig, who voices the foreign exchange student Tracy Walker leaves behind a glimmer of compassion in her own vocal delivery, as the leader of a revolution to reunite dogs with humans. But I love what Wes Anderson manages to bring out from his Japanese cast, because even with a lack of subtitles there’s still a sense of humanity being communicated with every small exchange and given how he lets the actors be themselves in their roles, it couldn’t have felt any more fitting as is.

Isle of Dogs will incite laughter but the way Wes Anderson balances between comedy and drama in his work is a perfect case study as to why he truly is one of the most distinctive filmmakers of his own generation. I know for a fact that Isle of Dogs is not going to sit so well with some but speaking mainly for myself, I can’t help but find myself always in awe at how Wes Anderson allows his own stories to unfold. He always tells them like a storybook and thus is never afraid to embrace a childlike quality from the environments he creates, but it all works to tell a story of what it is like to be loved. Wes Anderson has always made distinctively Wes Anderson movies, and at that I don’t ever want him to stop.

All images via Fox Searchlight.