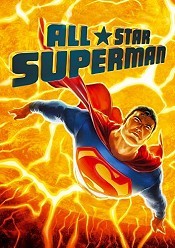 For one of the most recognizable icons in all of pop culture and star of three hit tv shows, Superman hasn’t had much luck on the big screen. While the 1978 film is still fairly well liked and its sequel at least a nostalgia item, things have been rough. The 3rd and 4th Christopher Reeve films were just plain bad. Superman Returns was a fun film but felt more like a curio than a living, breathing movie. Man of Steel was one of the most divisive films I’ve ever seen. Batman v Superman: Dawn of Justice was even more so. He wasn’t even in the marketing for Justice League very much or the film for that matter.

That mixed success tends to result in the trope that Superman is boring, especially since he’s so powerful. Incorrect. Superman is hands down one of my favorite characters in all of pop culture because he’s fascinating. He’s got the power of a demigod and the soul of a Kansas farm boy. That creates rich conflict for him in a corrupt world. His refusal to give in to the fantasies others would makes him a hero to respect.

So where can one find satisfying long form tales of the Man of Steel? Surprisingly direct-to-video. Superman has headlined six DTV animated films and costarred with Batman in two more. While they’re not full length by blockbuster standards at 75-80 minutes, these stellar morsels provide at least a nice bonus fix.

Superman: Brainiac Attacks (***) The first Superman DTV movie, not counting the repackaged tv episodes the made up The Superman/Batman Movie, was a tie-in to Superman Returns, essentially one for the kids. Despite that, it’s really decent. The plot is solidly dense, drawing in a wide array of elements from the universe. It’s very nicely animated. Voice acting, a mix of the animated show and new actors, works What holds it back is it’s familiar ground, once more dealing with Clark Kent pondering his secret identity. None of this is new but don’t dismiss it as “just for kids”.

Superman: Doomsday (**) Kicking off the still-going program of DC animated movies, this is in theory an adaptation of The Death of Superman from the comics. However aside from Doomsday killing Superman after a rampage, pretty much none of the details in this film are accurate. That wouldn’t bother me if this wasn’t a bizarrely atonal script in every other way. The Superman I’m a fan of wouldn’t keep his identity secret from the woman he’s sleeping with. It can’t decide how seriously to take Lex Luthor. This worked when it was all we had. It’s not now.

Superman/Batman: Public Enemies (***1/2) Now we start to cook with a bit more gas. This is basically just the graphic novel in motion, something that initially bugged me. But really that’s fine. Jeph Loeb wrote a comic ready to film. It delivers nicely as an adaptation of the book. It’s also a nicely balanced story, never feeling too strongly focused on one character or the other. And wow does it have a deep character bench.

Superman/Batman: Apocalypse (**) Unfortunately I can’t say I was as positive on this one and that’s really due to the source material. Loeb and the late Michael Turner crafted a pretty but incredibly messy book that tried to reintroduce Supergirl AND tell an Amazon story AND tell a Darkseid story AND Batman is still above the title. Take away Turner’s lovely pencils and replace them with choppy, murky animation to get a rough sit.

All-Star Superman (****) I’m probably in the minority in how strong I think this one is. While it doesn’t quite hit the towering heights of the source material, it’s still a deeply moving look at a man trying to finish his life’s work before he dies. This adapts the rather episodic graphic novel as well as I suspect it could be adapted without feeling incoherent. True, there are things that could’ve been kept in and it’s still not quite a whole, but it’s a poignant film that works

Superman vs. the Elite (****1/2) Joe Kelly is one of the great unsung geniuses of comics, a journeyman who left his mark on so many great books. This movie, which Kelly adapted from his own Action Comics #775, is the best example of why. The film depicts Superman questioning his relevance when a new, edgy group of superheroes emerges. It’s a remarkably angry analysis of the subject but it still works as a fun, beat-em-up action movie too. I’ve heard this argued as the best Superman movie in some quarters. I won’t go there but it’s close.

Superman Unbound (*****) I’ll go there for this one. OK, it’s not as thought provoking as Superman vs. The Elite, but in 75 minutes, this gives me everything I want in a great Superman movie. A strong relationship with Lois Lane? Check. A great villain, in this case John Noble as Brainiac? Check. A glimpse into the more out there elements of Superman’s lore? Check. Action to blow your mind? Check. Is it deep? No. But I just want Superman to be fun. I got that.

The Death of Superman (****) If at first you don’t succeed, well there was no reason to do this when there are other comics to adapt but why not try again? The animated movies are now, with rare exceptions, a shared universe which gave them an excuse to try again. This time we get a somewhat more faithful take on the story, benefiting strongly from only being part 1 of 2. The film works because it focuses on why Superman matters to this universe before sending him to his fatal fight. And what a fight!

Next year brings us Reign of the Supermen, likely to be the last solo Superman film we’ll see for a while with Henry Cavill looking to be out. Hopefully we’ll get more in time though. These films make a strong case Superman can thrive on film.