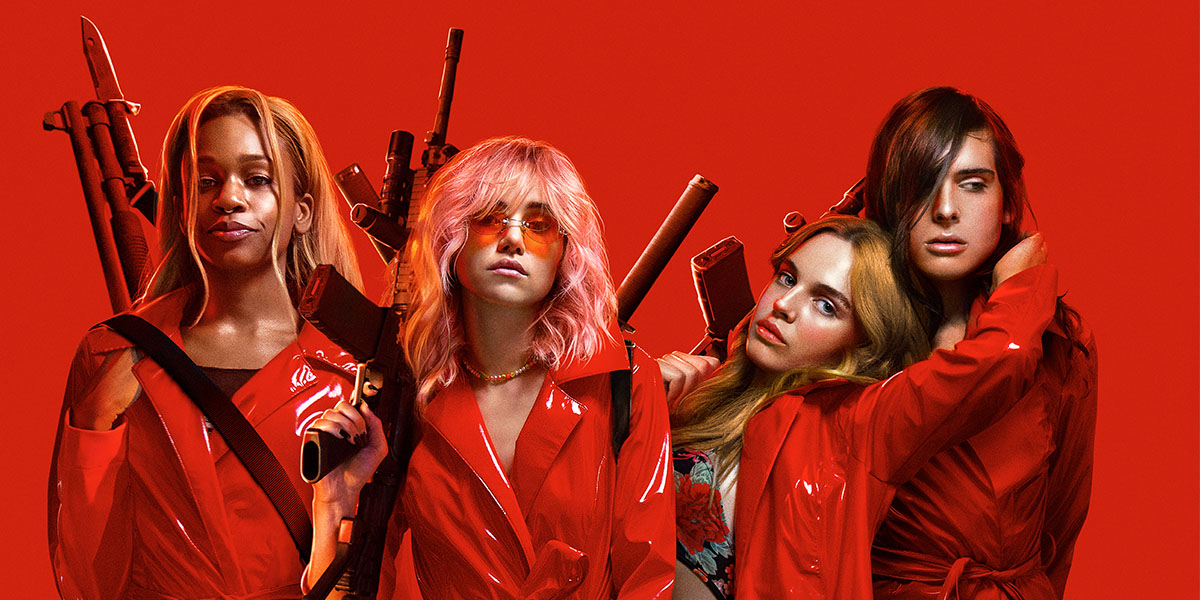 If you already saw from the trailers that this movie passes itself as a long trigger warning, you’re expected to get what exactly you think this film is going to be. If there were a much simpler way to describe what Assassination Nation is, it’s a nearly two-hour long trigger warning that dwells upon the worst parts of American society, without ever offering much satire in order to make it last longer. But even with all the worst qualities of a film like this shining out on the screen, it’s somehow not a complete waste of time – which isn’t what I would have expected to get from a film that seems to set the bar so low for tolerance of standards among America’s own youth. It’s a film that just finds itself being so fascinating because of how out of touch it really is with the way the world works simply from the fact it’s trying to be so relevant to the way our world is moving. By the time you finish watching the film, you’re only asking yourself what was the point that the movie is trying to make especially when it seems it can’t figure that out. 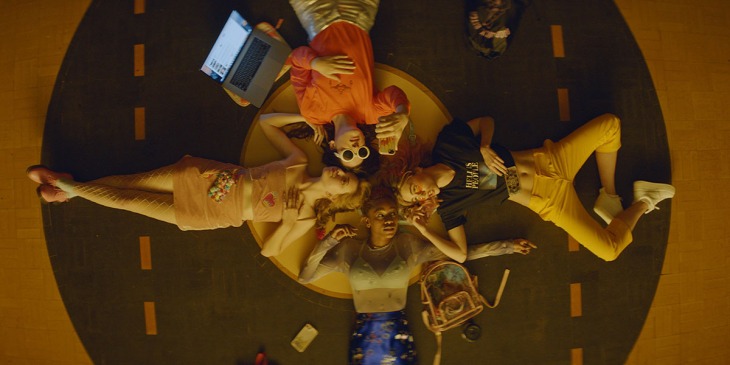 A group of girls, led by Odessa Young’s Lily Colson – live together in the town of Salem. Her friends, Sarah (Suki Waterhouse), Bex (Hari Nef), and Em (Abra) all live in their own world inspired by the overwhelming influence that social media has in their lives. As expected from a town overrun by this alarming sense of self-consciousness, morals have been thrown out the door and what comes forward after a series of hacks start tearing apart the lives of people of Salem one by one, everything explodes into something more. Perhaps the film’s reach can already be made clear from how it seems so aware of everything that floods social media trends but it also lacks the insight that could easily have made something that could be clever, yet the opposite happens to be what we got from Assassination Nation. I kept asking myself who the film was made for, because even with a mix of trigger warnings loved by the right and a sense of empowerment loved by the left, I can’t even try to point out where the undecided centrist would want to land when talking about this film.

In order to get the good out of the way, the four leads are great. Hari Nef and Abra stand out the most from the rest, much more resonant with our time and instead, it just feels like a mad rambling from someone who is so out of touch with the way the world turns. It seems to have its heart in the right place especially when it comes down to the nature of the four leads, just from the notion that the film is giving them a sense of power – it was for this alone I was hoping something much better would be coming out. And the actual filmmaking behind Assassination Nation isn’t too bad either, especially when it comes to how it captures the frenetic nature of the social media lifestyle, going from the edits (some rather beautiful use of split screen stands out) and the neon-coloured cinematography. You can already get a feeling that Sam Levinson is doing the best he can to allow Assassination Nation to stand out.

But the disappointing thing about Assassination Nation is the fact that all the craziest stuff doesn’t really happen until later on in the film. Up until then, you only see as much as what results from people getting hacked – up until this hack targets all of Salem (get it, because of the Salem witch trials), and most of it just drolls on boring conversations that just feel as if they’re written from an edgy teenage boy’s understanding of girls. And even then, it remains relatively tame up until Bella Thorne’s character is killed off – suddenly a more muddled mess comes about with the film trying hard to condemn the notion of online slut shaming especially as it targets our protagonist Lily Colson. It comes from a place that feels so out of touch with the way the world works and not only did it feel boring but also rather infuriating too.

What I think is most maddening about this movie is the way in which it establishes a tone – because the changes are so jarring given the subject matter. If this were a film that sought out to condemn the direction of social media in this day and age and its influence on the modern world, playing so much of this for laughs doesn’t help even when so much hatred is flung towards its lead characters and even one would have potentially become a victim of rape. It was by that point where Assassination Nation wasn’t so much fun for me to watch anymore, but I wanted the ride to be over so much more quickly since then because I never found myself able to enjoy what was coming then.

The trailer already selling off this movie as being nothing more than a long trigger warning already sums up what you’re set to expect from Assassination Nation because it never really empowers as much as it really thinks it is – it just aims to set off the social media mindset without really offering much insight about what it does to people. I don’t really know if this film has much of an idea what audience it really is for, because it seems to take a lazy point of view that only makes its own satire feel meaningless. Yet even then, there’s also not much to be found out of the action because most of this still appears so tame compared to the nature of the world it presents onscreen. It feels like it was made from a perspective that badly interpreted Heathers for the modern age, because its own politics are so incoherent and it’s just striving for relevance – but I guess that’s expected when you have a marching band cover of Miley Cyrus.

All images via Neon.