The Yards is a very personal statement from director James Gray, but it also shows where the American filmmaker’s delicate and painterly style has found itself more fully realized. It’s a personal testament for him, especially in its own setting within the train yards of New York City – but how the backdrop even plays a big factor in allowing something so grand and cathartic to come forward also says a lot for what the filmmaker can be like at his very best. This only being the American filmmaker’s sophomore film, The Yards is a very special sort of crime drama, one whose most beautiful moments have went completely understated, yet there’s always something to be drawn into. If there’s ever a more fitting description for the work of James Gray, you can already feel as if the core of what makes his films so beautiful is there, but maybe it’s not flashy – though I think they’re better off that way. And fittingly enough, I felt convinced enough that I had for the longest time been underestimating his work. 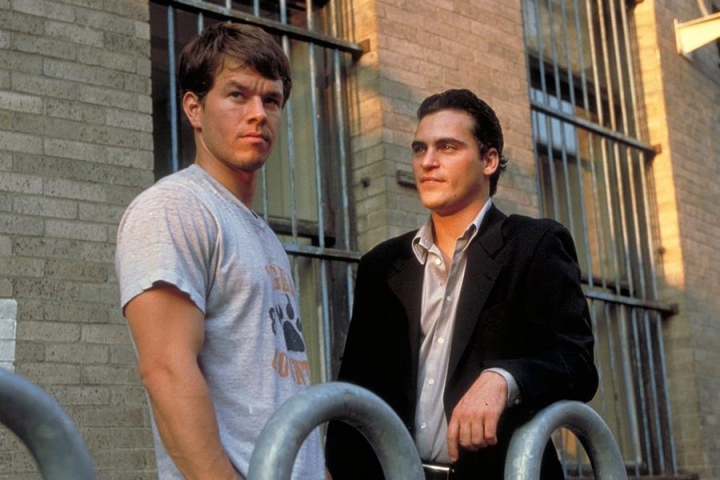 Taking its title from its setting within the railyards of Queens, New York, the film starts on a fitting enough note with Mark Wahlberg as Leo, returning home after a parole. He is greeted enthusiastically by his cousin Erica (Charlize Theron) and her boyfriend Willie (Joaquin Phoenix), who throw a party to celebrate his return. Following Leo’s release, he is also looking for a means to support his ailing mother (Ellen Burstyn), to which Willie brings him into yet another business under the ruling of Erica’s stepfather (James Caan). This is also what sets up a story of greater scope, after Leo now finds himself on the run yet again after a meeting in the yards also results in a murder and a renewed fugitive status for the terrified Leo, who puts a police officer into a coma. All of this alone would be the perfect material to set up one of the best crime dramas of the early 21st century, but for whatever reason it all seems to have gone woefully ignored.

Nothing could perhaps be any more perfect than having this story set in one of the most recognizable areas of New York, where corruption runs rampant and corporation takes over the soul of man. In this story, you already recognize the very catharsis that its protagonist, Leo finds himself under, because he simply wants to be able to live a normal life yet again. But we’re never told whether or not Leo has truly reformed himself, yet his fear about going back into jail is still something that recurs throughout the film. James Gray doesn’t need to show that, because we already have an idea upon his return how much his life after having left imprisonment would have already impacted the way he lives his life. It’s this fear that allows Mark Wahlberg’s performance to resonate so greatly, because you still see that James Gray only sees that this man wants to do everything he can in order to find a future for himself, after any sense of potential for such could almost have been taken away from him upon his imprisonment.

Despite the familiarity of the narrative on the surface, the greater poignance of The Yards finds itself clear as day from the interactions between characters as they find themselves trying to retain a sense of morality, but there’s also no established sense of moral truth. Everything is left ambiguous because it’s all so complicated especially in a family history where one’s connections are always so seedy. To this point, we even wonder for ourselves if even Leo would be safe around his mother. Yet even as much as a small mistake can find itself simmering back to the present in the worst sense possible. While it’s easy enough to admire how James Gray keeps the nervous ambience pervading the film as we see everything from a perspective that could very easily have been Leo’s, it all rings true thanks to the screenplay. It already caught me off guard that his co-writer was Matt Reeves, noting where Reeves had gone ever since this film, but as soon as the pieces made perfect sense. The intricacy of every connection adds a greater sense of paranoia, thus allowing for something more psychologically rich to come forth in what could already sound familiar at first.

Although some of that wonder seems to find itself lost with the ending, yet this isn’t James Gray’s fault. The ending had been changed at the hands of interference from (unsurprisingly) Harvey Weinstein. It’s an ending that seems to speak too much, but everything else prior speaks so personally from James Gray’s own heart it also makes the film so engaging from start to finish. As usual for his filmography, it’s a work that also makes enough room to show its many influences as a means of telling its own story, but given that this is only his second feature as a director, it’s already impressive what he manages to work with. Yet like the best of Gray’s works, it’s easy enough to say that the most beautiful aspects of his films have often went understated, from the painterly visual style as made clear from the lighting and the cinematography of the legendary Harris Savides, or the intimacy of every interaction onscreen. What could have only sounded familiar on the surface, provides a psychological richness often missing in many crime dramas that have followed in the years since.

All images via Miramax.