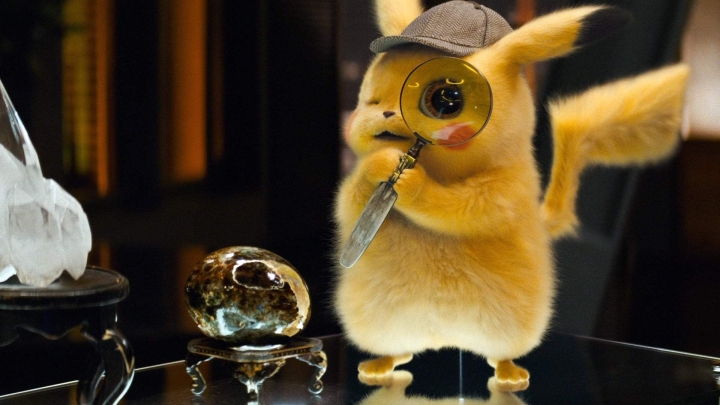 It’s only fitting enough for me to preface this review by stating this, I have been a lifelong Pokémon fan since childhood. But the old animated films have never aged well, which always disappointed me as someone who had been sticking so closely with the series with every new game that were to come out, so it always left me wondering how these films could fare if they were to be done in live action. With a universe of this scope having so much potential for so many more stories to be done based around the wonders of the Pokémon themselves, a comedic noir made to show its inspiration from films like Who Framed Roger Rabbit wouldn’t even be a bad start. To say the least, they’ve already managed to get everything about what made a world uniting humans and Pokémon so wonderful right from the surface, but there’s nothing about the story being told in Pokémon: Detective Pikachu that really feels as if it’s using up all the most of what this world can offer. It’s certainly not a bad way to start, because watching this as someone who has been a lifelong fan of the games it already gave me the urge to find my old games once again – though something still feels missing elsewhere. 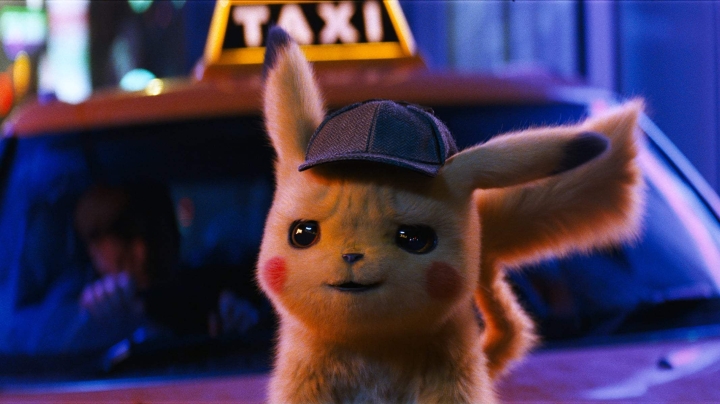 Set in Ryme City, the young insurance agent Tim Goodman (Justice Smith) comes back to pick up his father’s belongings after having apparently gone missing when taking on a case involving the escape of Mewtwo. Upon his arrival at his father’s home, Tim ends up meeting an amnesiac Pikachu (voiced by Ryan Reynolds) who may have the answer to solving the disappearance of Harry Goodman. It’s a story thread that doesn’t sound particularly new on its own, but taking its own story basis from the Detective Pikachu game for the Nintendo 3DS (which I admittedly had never played myself), there’s already a challenge being posed in how director Rob Letterman would still adapt the energy of the video games in order to create a film that’s still every bit as energetic. You already have a setup that perfectly evokes memories of Who Framed Roger Rabbit, a film that beautifully gave humans and cartoon characters such natural chemistry with one another. But while Detective Pikachu may have already gotten down everything that made the world of Pokémon so dazzling on the outside, part of me is still wondering how this film should end up faring for those who aren’t already fans of the franchise. With a brand that’s nearly as recognizable as Pokémon, surely Detective Pikachu should be able to carry so much more than just those wonders to make the film feel like it can stand well on its own without the nostalgia playing a factor towards its appeal but even as a lifelong fan, I’m still feeling like I was missing something.

Whenever the film shows off the wonders of the Pokémon world on its own, that’s where it already succeeds so beautifully. The film already has the perfect atmosphere for a film set within the Pokémon universe, and the Pokémon themselves all are so beautiful to look at – it’s everything that I could ever want from one of these films. Everything ranging from the textures of the Pokémon to the set design all shines so beautifully, for director Rob Letterman always puts the most visually attractive aspects of the universe within the spotlight. To his credit, it perfectly fits in order to allow the Pokémon themselves to shine beautifully on the big screen and mixed together with live action humans for it’s clear that Rob Letterman feels so closely attached to the source material and what had made it so popular. Even the choice to shoot in 35mm perfectly aids the aesthetic, allowing Detective Pikachu to carry that look and feel of a film noir, even with the ability to capture that dynamic between Justice Smith and Ryan Reynolds’s own Pikachu – it all feels so natural. With a world like this having already been so beautifully set up for so many more stories to come along the way, Detective Pikachu also opens a door for greater potential to be unleashed with future live-action Pokémon films if they were to be made within the future.

Yet beyond the nostalgia that one would have for the series if they had played the games in the past, Detective Pikachu feels oddly limited with its own reach. It seems to have everything that would make the perfect film to be made from the Pokémon games, yet there’s still something here that feels lacking. The idea of having a human partner up with a Pikachu who may be a detective shouldn’t already seem bad enough on its own but the actual detective story unfolds in such a way that doesn’t ever make the ride particularly engaging. Not to say that Detective Pikachu is boring, but it feels like a very basic detective story unfolding through a series of over-explanations of what’s going on rather than any sense of actual engagement with the narrative. It’s moments like these that also rob the film of any sense of a greater emotional response too, but among many other problems that the film encounters, the writing also feels very disjointed at its worst – as if you have to be familiar with the source material in order to be immersed with the world of Pokémon. But tonally, the film is also surprisingly rather messy, because you have moments of lighthearted humour which would already be perfect for audiences of all ages before it suddenly shifts to a hardboiled, almost gritty detective story like the way it starts up with Mewtwo’s own escape. Not only that, but outside of Tim and Pikachu, every other human character feels like they’re only present to explain how things work one way or the other without any sense of depth to them (Rita Ora’s cameo being a perfect example of this). It shouldn’t be this hard to latch onto so much else, but bizarrely I just found myself more distanced from a Pokémon film than I should be.

I don’t want to sound overly bitter about how Detective Pikachu turned out but I feel like there’s a better film that can be made with the material that we have right here. But with many of the basics of the universe out of the way it feels nice to see that maybe we’ll also have something greater to come with this layout in the future. The Pokémon all look amazing on the big screen, and there’s a great deal of care put into letting the universe shine with live action – which is rather impressive for a film based on a video game property. There’s a lot of fun to be had with Detective Pikachu, for it’s never boring just to see Justice Smith interacting together with a Pikachu voiced by Ryan Reynolds, and just getting to see the Pokémon shine so beautifully on the big screen together with live action humans would also make for a lot of fun to be had just watching it. I just wish that there was a whole lot more that Detective Pikachu would have aspired to become because of the many possibilities regarding what can be done with films set in the Pokémon universe. You can guarantee that this film will definitely be more than enough to entertain younger audiences regardless of their familiarity with the Pokémon franchise, but even as someone who had long grown up with the video games I still feel like there’s something missing in it for me.

All images via Warner Bros. Pictures.