**SPOILER WARNING: This review does not spoil Endgame, but spoilers for Infinity War, Ant-Man and the Wasp, and Captain Marvel are also brought up. If you have not seen the aforementioned films, read this review at your own risk.**

Although I’ve never loved any of the films in the Marvel Cinematic Universe I’ve always admired the impact that they left behind on modern culture and with the latest Avengers film there’s already a sense of finality to the first phase as these films continue coming out over the years. But the biggest challenge that Infinity War had already faced was how it could still manage to mix the stories of nearly twenty films to come together for one big face-off, and with two more films having followed since, Endgame already has us awaiting something even grander now that the second Ant-Man film and Captain Marvel have already gotten out of the way. At a running time of a little bit over three hours, Marvel already promises something of such a grand scale and to say the least, they’ve accomplished a task that almost seemed near impossible. For Endgame isn’t only the best of the four Avengers films but it’s also a film that utilizes the legacy that the Marvel Cinematic Universe has accomplished in a little over ten years in order to give viewers who have followed suit for the longest time more than what would already make a memorable closer. It’s a film that was made out of love for everything that made the Marvel Cinematic Universe so grand, and the results may not be perfect but also provide a satisfying climax. 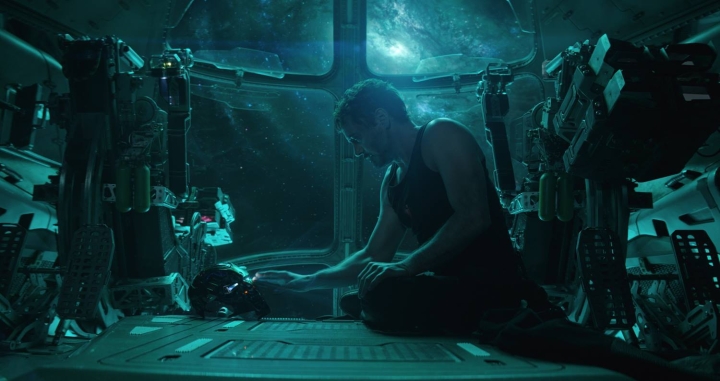 The least that one can say about how Avengers: Endgame manages to bring together the stories of twenty-two films to come together for one huge event is that it’d feel just like the conclusion of a television show that’s already gone on for a good number of seasons. But even before it finally ends, you’re already going to be treated to the highlights of what made your time sticking around with said series so worthwhile, whether it be from watching a clipshow of the best moments from your favourite episodes or even through listening to the actors whom you’ve already stuck with talking about what’s left of them in the future. Fittingly enough, with describing the plot synopsis of Endgame, you’ll also remember how in the three Marvel Cinematic Universe films that have preceded it, the standout is the effect of Thanos’s victory upon your favourite heroes. At the end of Infinity War, half of life has already been wiped out into dust, leaving Tony Stark stranded in space but also summoning Captain Marvel to come back to Earth after having found the Skrulls a new home after her first encounter with Nick Fury years ago – who left her a pager in case of an emergency at the end of her film. And after having been stuck in the quantum realm following the disintegration of the Van Dyne family at the end of Ant-Man and the Wasp, Scott Lang comes back with what may be the solution that your favourite heroes were looking out for in order to reverse the damage caused by Thanos.

So how do they all weave together? It’s an event that’s meant to feel big because you’d already recognize it as such from the massive running time. Although the film doesn’t quite feel like it’s every bit as long as the running time would suggest part of me is also wondering how much of that truly feels earned, especially when a good amount of the film is also spent going through the moments we can remember through the first Avengers film, Captain America: The Winter Soldier, or Guardians of the Galaxy for the matter – where the heroes of our present are looking back even upon moments where they have failed in the past in order to change the future for the better. Perhaps it’s only a fitting way to prepare oneself for the final battle by looking back at past mistakes but it doesn’t always work as well as it should. At times, it feels rather self-indulgent but then you have moments in which Tony Stark and Steve Rogers are working together, and these moments are also livened up by the chemistry that the two have with one another. But at its most touching, you have Thor looking back at what it felt like to be at his best versus where he is now – or Rocket Raccoon coming to terms with how Nebula is all he has left. Yet at its worst, Hawkeye and Black Widow barely feel as if they have much to work with and Widow’s arc only ever feels like wasted potential at the most. Captain Marvel, who barely had all that much to work around in her own standalone film doesn’t even have much of a presence here either, even with Brie Larson’s dedication to her role.

Nevertheless, I do appreciate how the film builds up everything that would eventually lead up to a final showdown. To the credit of the Russo brothers, they keep the best reserved for the last, but even as we’re rooting for our heroes to succeed the best that they can, we’re not seeing them in action just yet. Unlike Infinity War, in which Thanos’s screen presence had dominated most of the movie at the expense of characters whom we all had loved watching for years, it all feels like it flows perfectly. It never feels like it’s three hours long, because everything flows smoothly as we’re spending time with the rest of our favourite characters to the point we sit down with them almost like friends. And maybe that’s the best way for all of us to prepare for a final showdown, because we’re getting a chance to come down with them as if they were our own friends. As expected from such crossovers, some character arcs are far more compelling than others (Thor, Nebula, and Tony Stark being among the highlights whereas Hawkeye and Captain Marvel are among the film’s lower points), but the highs are always engaging and still offer the perfect amount of emotional investment that would make the battle feel more rewarding.

Then of course to talk about how the final showdown looks, it’s every bit as overwhelming as you can expect it to be. And of course, it’s every bit as exciting and dazzling as Marvel can be at their very best. It’s rugged, but overwhelming when you know that this is the way an era will end, but also a moment that makes you feel like you’re glad to be there if you’ve stuck with the films for so long. Yet it also carries this feeling of bittersweetness that you wouldn’t have found anywhere else in the Marvel films, for the Russos also create a sense of finality that also makes the showdown with Thanos every bit as exciting as you could ever want it to be after the conclusion of Infinity War. But of course, it’s fitting enough to say that even as the film feels like it’s structured in a way that makes you recognize three different films coming together as if they all were representative of another act, they already find themselves ending on a note most perfect. It’s fan service to one degree, but also a film that makes the most of its grand scale in order to bring everyone together for the end of one staple of culture that brought so many together – right before we find ourselves about to start another era.

Avengers: Endgame might not convert those who have not been fans of the Marvel Cinematic Universe into new fans, but it still stands out apart from all the rest for being a perfect culmination of the legacy that the films have established for themselves. Perhaps it still may be occasionally rather bombastic but I can’t deny having enjoyed seeing characters whose stories have moved so many finally meet a closer that feels perfect for them. Whatever’s set to come next for the Marvel Cinematic Universe, I’m already wondering where it would be set to go. It carries a sense of thoughtfulness that I’ve been waiting to see from many of these films for so long, so much so it would already make up for the more bombastic moments in that three hour running time. There’s a lot more that I feel could have been done in order to create a truly perfect superhero film, but Avengers: Endgame closes out as a perfect legacy piece which would best sum up where it finds itself working so well. Tears will come along the way, but they’ll be earned. Which is something I’m rather impressed with for an Avengers film, for I haven’t always been a fan of these films myself. Now I’m only wondering what will be coming forward with the next films in this ongoing franchise.