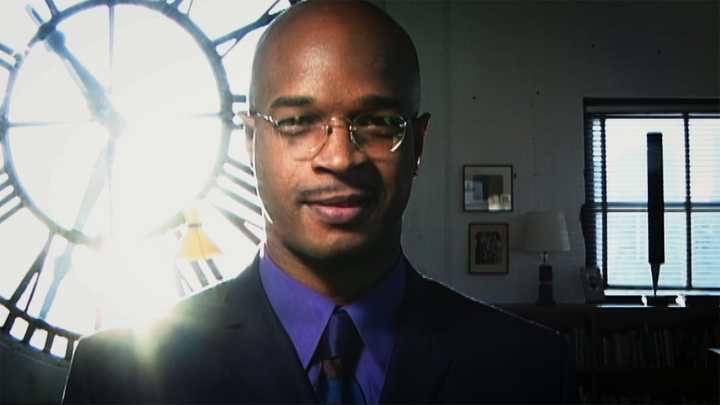 Spike Lee’s Bamboozled left many audiences feeling befuddled when it came out, but in the years that have passed it also remains so heavily relevant, which is a sentiment that still rings true even today. Being his own riff on Sidney Lumet’s Network, an already timeless satire as is, Bamboozled exemplifies Spike at arguably his most confrontational since Do the Right Thing. Yet with that having been said, for the film’s initial release in 2000, it seemed as if audiences were not ready for what Spike Lee had opened up moviegoers to; although now seems like a perfect time to look back at what may also be Spike Lee’s most underrated film. Misunderstood upon its initial release, this is also not the first time a joint by Spike Lee has been the subject of such scrutiny, but to be able to see Bamboozled receiving the re-evaluation it deserves only feels incredibly reassuring.

Akin to Network, Bamboozled tells a story about television networks and their relationship with the people who create on their behalf, but as per the course for Spike Lee he also takes that template to lay upon his viewers a more confrontational angle. Starring Damon Wayans as Pierre Delacroix, an uptight but intelligent television writer continuously frustrated with his white boss, Thomas Dunwitty (Michael Rapaport), for rejecting his sitcom ideas as “Bill Cosby clones.” In an attempt to get fired from his network, he pitches Mantan: a modern-day minstrel show with black actors wearing blackface, as well as hugely racist stereotypes but his plan backfires after the pilot becomes a success – and riots only ensue coming forward.

There’s absolutely no subtlety present in the way Spike Lee gets his message across to the viewers, but when talking the sort of issues that he chooses to tackle it only fits that he hits his audience akin to a sledgehammer. Here, we’re already left to look at the most uncomfortable images that have long been rooted within classic Hollywood, it makes you cringe even to think about how outright dehumanizing they are even by concept. But in Spike Lee’s eyes, there’s an audience out there for material like this no matter how much we hear white viewers tauting themselves as allies to the African American community – something he leaves you to think about through how the audiences onscreen take to Mantan.

It’s easy to see Bamboozled as a product that came from frustration regarding how Spike Lee’s own public persona has been perceived by many: an angry black filmmaker ranting about issues that white audiences think that we’ve already gone past. Yet in the years that have come ever since Bamboozled was released, the film’s commentary only seems more ahead of its time than anything. These offensive caricatures have been hammered into the minds of the general public by the media over the years to the point that we’ve become so used to seeing them over the years, they often go unchallenged by the masses as part of a grander delusion that they were issues of the past. Upon seeing them come back up here, it’s very funny but also highly uncomfortable, especially as it serves as a reminder that these issues within the media still remain prevalent as of today.

The film’s greatest strengths come from its provocative nature; something that could only have ever been made from its time – but also the running prescience that can be felt from the development of the media landscape ever since. There will always be this reminder of what history has contributed to regarding the portrayals of black people in media, with irreparable consequences as they continually are rewarded over time. Lashing back at the fact that Spike Lee had lost out on a Best Picture Oscar nomination to Driving Miss Daisy, which since has happened again with Green Book, a better picture of the damage can only be summed up in the film’s ending; where you have a montage of offensive caricatures that have been hammered into the public’s memory. Beyond the blackface performances, the offensive stereotypes that have stigmatized black people come out one by one, from Gone with the Wind to Amos ‘n Andy, all speak a great deal towards how much work can be done to repair the landscape. From watching Damon Wayans alone (in his best onscreen role for film), it’s easy to find yourself cringing, but that uncomfortable feeling is also what best sums up what it feels like to have been the target through the years.

Bamboozled would almost be impossible to make again even today, but the initial response nonetheless speaks to how much the media landscape needs to be radically revamped in the years that have since followed. Spike Lee may be an incredibly man behind the camera, but it’s impossible to come out watching his films without feeling where that anger comes from, and it’s also what makes his films all the more wonderful. And it just so happens that through a politically incorrect comedy that’s set out to make you cringe from first moment to last, it’ll only open your own eyes up now to the ongoing problems that we’re unwilling to acknowledge today. It’s a sledgehammer to your senses, but that’s where Spike Lee finds himself working best, especially given the subject matter.