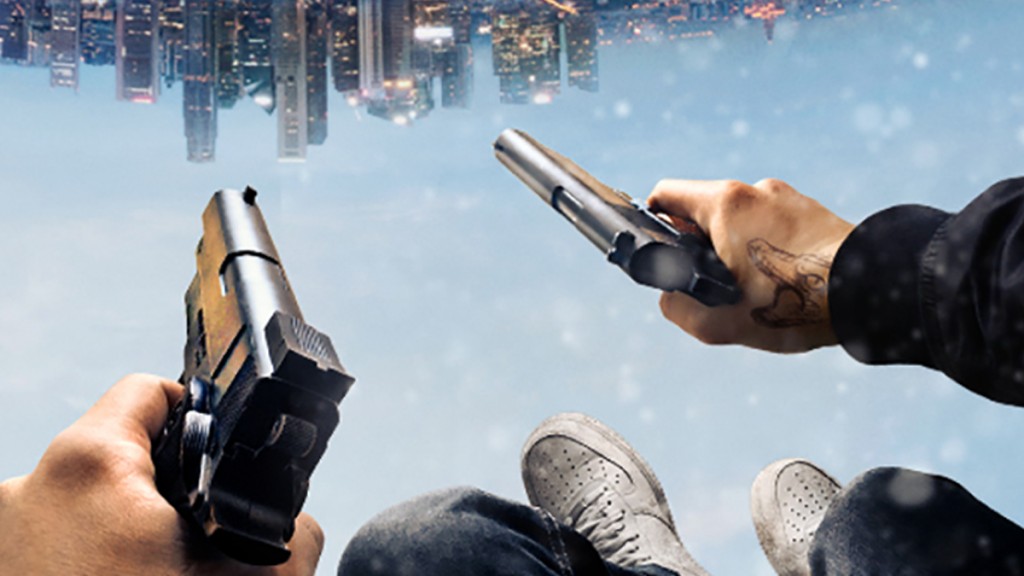 Not going to lie, but given as the fact that the action took inspiration from the films of Neveldine/Taylor, there was a slight bit of interest forming with Hardcore Henry. While I do enjoy a good action film, what I can’t get past is something that I’m perceiving as a glorification of violence on film that shows no consequences, generally it irritates me when it’s passed off as “fun.” In video games, it’s something I give a pass because there’s a consequence that comes afterward, and the notion that Hardcore Henry were indeed a film that is paying tribute to first-person shooter games just rubs me off because seeing an entire movie in first-person perspective like this is just about the same experience as watching someone else play one of these games, and waiting for your turn, it’s unbearably tedious.

Although I love watching action films what I despise finding in some of them is a specific moral code which I feel Hardcore Henry is very much representative of, that being how all this violence is glorified as “fun” without any form of consequence coming in the end. I despise seeing what I’m picking up as this sort of moral code because in real life, violence is a terrible thing, the complete opposite of fun, it’s something that’s going to scar the memories of one for arguably, the rest of their lives. So why is it that suddenly it’s fun in here? Is it because we’re watching this from the perspective of a cyborg, in which there is no form of emotion to come out? At least when Maniac utilized this perspective, it gave an idea of how Elijah Wood as the killer is a man damaged by his own wrongdoings, and in Hardcore Henry, the lack of emotion comes off as the sort of mindless sensationalizing that I absolutely despise finding in films like this.

There’s a part of me that really loves action films, and as much as I wanted to enjoy the action being presented on the screen in Hardcore Henry I was only left all the more alienated because I couldn’t see it half the time, one of many problems that I had with this first-person gimmick. Most of the stuntwork is especially indeterminable when the camera moves around way too much to the point most of it from others cannot be seen properly, and a good chunk of what we’re left with is none other than a man flailing his arms and legs around. When Neveldine/Taylor had an approach with Crank which is indeed the love letter to FPS video games Hardcore Henry tried to be with its frenetic action, it’s also in a sense satirizing them through its deconstruction of how they flow.

One of the last things I’d have wanted to expect from a film that presents frenetic action non-stop is for it to be extremely boring. While I was admittedly on board with where the film was going on with the gimmick for the first ten minutes or so, it soon became one of the most jarring elements of the film because it seemed more as a means for Hardcore Henry to leave many characters so badly developed and thus, there’s not so much reason for me to care for the direction in which it is taking. While I get the approach to the film coming out about how it doesn’t want to make sense, it didn’t even seem like it was the best form of media to suit it because what was presented wasn’t so much a film, it was very much an anti-film at that.

Now here’s my biggest issue with the first-person gimmick – when you take that aspect out completely, I can only imagine the experience would be so much more awkward because the problems that are rather apparent with its screenplay and poor character development are going to become much clearer. What I hate about having to watch a movie that goes about with said gimmick is how it will only work with that behind it, because if a gimmick film doesn’t work without said gimmick, it’s obviously not a good film. At least in the case of a film like Boyhood, we’re observing life taking place on the screen and a picture of the American family developing after significant moments pass in time. It isn’t the twelve year aspect that made Boyhood work, it’s the naturalism to its picture of life that makes it as effective as it is.

I’m not going to waste time shaming people who enjoyed Hardcore Henry, because it would be so highly petty of one like myself. If you did enjoy it while it lasted, that’s good, but my loathing of what I see it represents is where I can’t bring myself to feel that sort of joy in the slightest. The way I see it, Hardcore Henry should have stayed as one of those short videos for a roller coaster ride, a simple YouTube video, or a video game, because watching all of what we’re receiving in Hardcore Henry for an hour and a half, just grew absolutely tiresome. It wasn’t nauseating at all, which came to my surprise, but instead, it was what I saw as a boring representation of an idea which I resent deeply; the idea that violence is passed off as “fun.” At least Sharlto Copley and the soundtrack are entertaining enough, but that’s really about all I can praise.