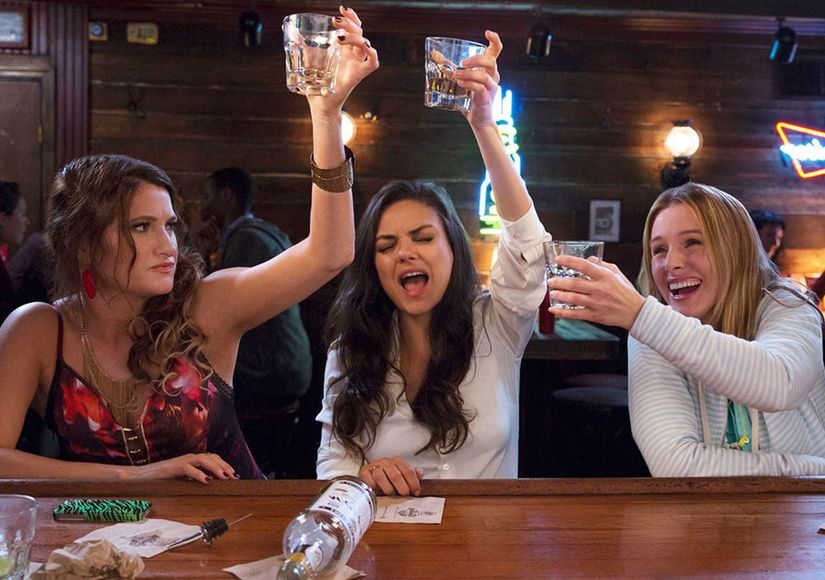 Writers Jon Lucas and Scott Moore return behind the camera for a second time, now with a much more female-centric work contrasting their usual. I was expecting myself to end up disliking this, because I find their brand of comedy to be rather obnoxious and irritating (essentially how I feel about the whole Hangover series), but to my surprise Bad Moms actually turned out to be rather pleasantly enjoyable. My expectations were never set high up mainly because I was put off by the advertising but sooner I remembered having found some merit out of How to Be Single which already received its own share of maligning. I’m not so sure how exactly it happened but it did – I had a fun time watching Bad Moms doing exactly what it wanted.

Mila Kunis, Kristen Bell, and Kathryn Hahn star as three overworked mothers who are tired of the lack of control they have in their lives – whether it be on the ends of their children, household pets, workspaces, or their husbands. All three of them come together to give their lives a sense of freedom, which comes in like a long desired reward for all of their attempts to be everything for their own families. I would have thought from the sound of this premise, things would turn out for the worse but what has happened instead was that it opened a core element towards why the film works as well as it does, that being inside of the good intentions which it carries.

It all started right from there, just on the note of the film’s good intentions where I actually found myself liking Bad Moms much better than I ever thought I would have to begin with. It was never something I would have expected of Jon Lucas and Scott Moore of everyone but I won’t lie, had they stuck with these a lot more I would have liked Bad Moms even better than how I find it to be at the very moment. It’s easy to admire what it is getting across – it leaves that note in certain viewers’ heads, what more has one done for the moms in their own families, but I feel from there some of the core problems which the film greatly suffers from also can arise.

The film’s title can already be one of all setbacks, because outside of a wild party which the three leads are hosting, nothing else particularly “bad” comes to mind. It’s surprising just how relatively tame something bearing the title of “bad moms” makes itself out to be because one could only expect something more crass (which I’m glad was not the case outside of an image of a woman urinating at a party), but even then there’s nothing much else it presents that makes for something funny enough. You have some funny moments arising then and there, but they’re all lost amidst a burden of overdone sentimentality or the film not exactly having a bright focus on what it would have wanted to be.

That having been said, the whole cast is heavily enjoyable. Kunis, Bell, and Hahn notably have strong chemistry amidst one another and while we watch all three of themselves letting loose on camera, it’s a whole load of fun just to see where things go from there. Applegate, whom I’ve never been a huge fan of, works for the role in which she plays, though I’m bummed that Kristen Bell never seemed as if she had enough time in the spotlight, as she seems underused compared to Mila Kunis and Kathryn Hahn, who are undeniably the very best of the film’s cast members. Everyone, with what material they have on the spot, simply works and there’s nothing more I could want from that note.

I’ve lamented the state of modern comedy on many occasions (and still do), but I have to admit it was nice having caught something like Bad Moms amidst the bunch for there’s still a fair amount of fun to be had with it while it lasts. I was never expecting myself to find much enjoyment knowing my experiences with Jon Lucas and Scott Moore as writers but it was nice enough sitting through this. Bad Moms may not be a great movie but Kunis, Hahn, and Bell having their best moments together make everything work. It was a nice surprise to find myself having some enjoyment here, but knowing what Bad Moms was aiming for, there’s a whole load more that could have come along.