Honestly not sure who exactly to feel sad about more in this case, but with Absolutely Anything it’s hard enough: on one end it’s Robin Williams’s last film and on the other it’s the last we’ll ever see of the remaining Monty Python members inside of a film together. But why exactly is it a sad thought in the first place on either end? It’s a sad thought that this may be the last we will see on both ends (certainly the last on Williams’s end) because Absolutely Anything is just a flat out terrible film. If Absolutely Anything turns out to become the last that we’ll ever see of Terry Jones as a director, then it’d only pain me even more to see the Python leaving on such a distasteful note. 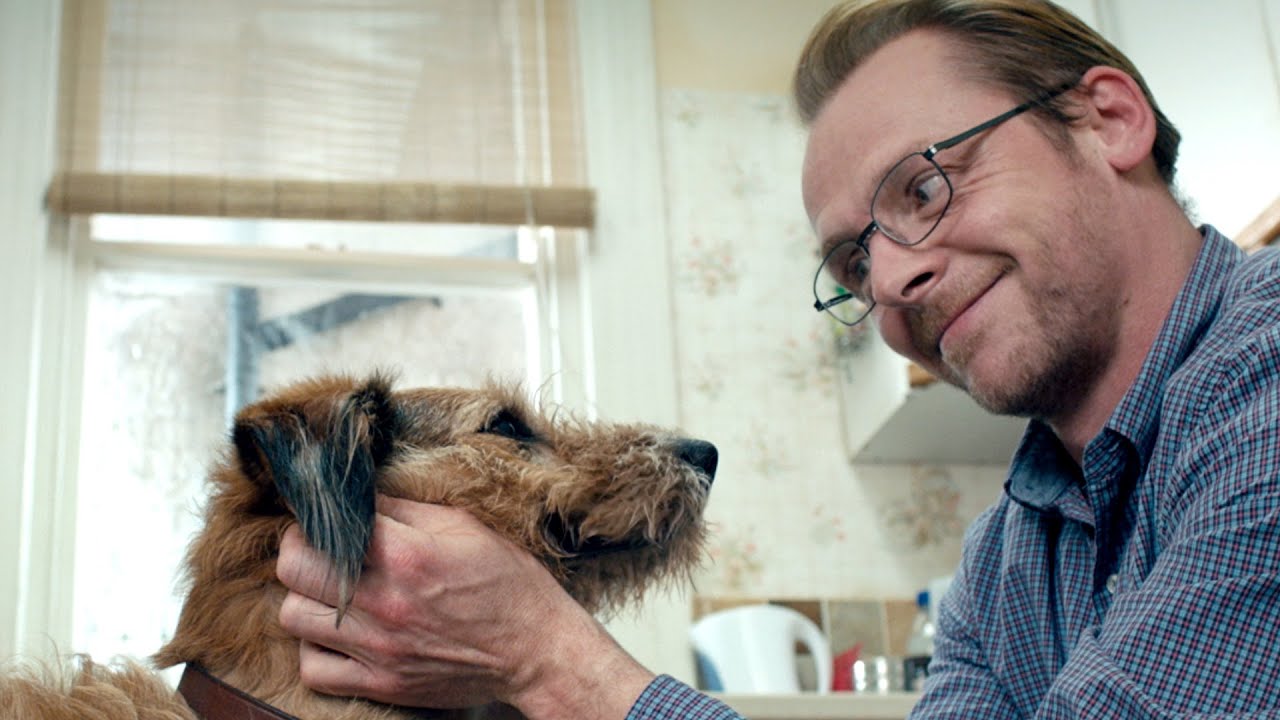 Simon Pegg plays an ordinary man who wakes up one day to find he has a power to do “absolutely anything” as per what he says. Oftentimes this power ends up going by a literal definition rather than through specifics as hinted by the film’s trailer, and quite frankly the fact that his character has this power is the whole premise of the film. I wouldn’t have minded so much if the film were to go beyond just this one power and it tries to at least when it comes to how a love interest in Kate Beckinsale’s character is placed in but soon it becomes beated down in favour of the singular joke it runs on.

That’s the general problem with Absolutely Anything and why it’s so disappointing on Terry Jones’s end, the whole film runs on just a single joke to the point that it makes what really is only 86 minutes in length feel so much longer than it actually is. It just beats down this single joke the whole way through even when there’s room for something more to go behind the premise and not even the likability of Simon Pegg’s character could ever save Absolutely Anything from being anywhere near as tiresome an experience as it stands. One can already see good intentions coming about, but then this gag comes by and ruins everything.

Soon enough it became clear to me why Absolutely Anything just didn’t work, it only hit me after reading another viewer had pointed it out but the film’s premise is no different from that of Bruce Almighty if the religious aspects were taken out. Like Bruce Almighty, there were short bits of actual humour because of where this joke could ever go with the idea it carries but it also falls to the same sorts of shortcomings especially in regards to both of their character arcs practically being the same person and coming to similar realizations. Maybe it was in Absolutely Anything‘s scenario where things are much worse because in Bruce Almighty everything worked in Bruce’s favour and when Simon Pegg plays that character instead forces slapstick onto himself as his wishes are taken so literally.

But if there were something more that can be noted about why Absolutely Anything just fails, the premise goes all over the map and has no focus in regards to what it wants to find itself becoming. It starts from how we are just shown aliens voiced by the Monty Python team looking upon Earth, then goes to become a film about Kate Beckinsale being stalked by Rob Riggle without any sort of explanation whatsoever, and Pegg trying to use his own powers for the good of mankind. It’s stunning to me just about Absolutely Anything ever managed to jump around this much within a running time of less than 90 minutes because it’s clear that so little even gets resolved by the time the film ends it created a boggling product.

It’s disappointing to imagine that this is what sort of low Terry Jones would have come to after so many years. The Monty Python team makes for entertaining bits when we see their aliens come on the screen as they observe how Pegg is using his power, but the final product is so unbalanced and repetitive with a singular joke it only becomes a struggle even to stay awake when the film is even trying. Sporadically there are funny moments but so much of the film’s humour never even works because the jokes it beats down get old so quickly and it was easy enough to see where everything was going. And even then it still felt unfinished.