It’s frustrating enough when one of the films you anticipate most turns out to be an underwhelming treat. Fashion designer Tom Ford’s sophomore feature takes a different route from his brilliant debut, A Single Man, and now in a means of broadening his stroke he takes Austin Wright’s novel Tony and Susan and adapts it to the screen as Nocturnal Animals. I really hate being that person again but even though I know this has captured nothing but great admiration from fans of Ford’s previous effort but I ended up finding this to be such a disappointing follow-up. With so much that could so easily catch admiration even on my own end, it’s shocking how so little feels delivered. 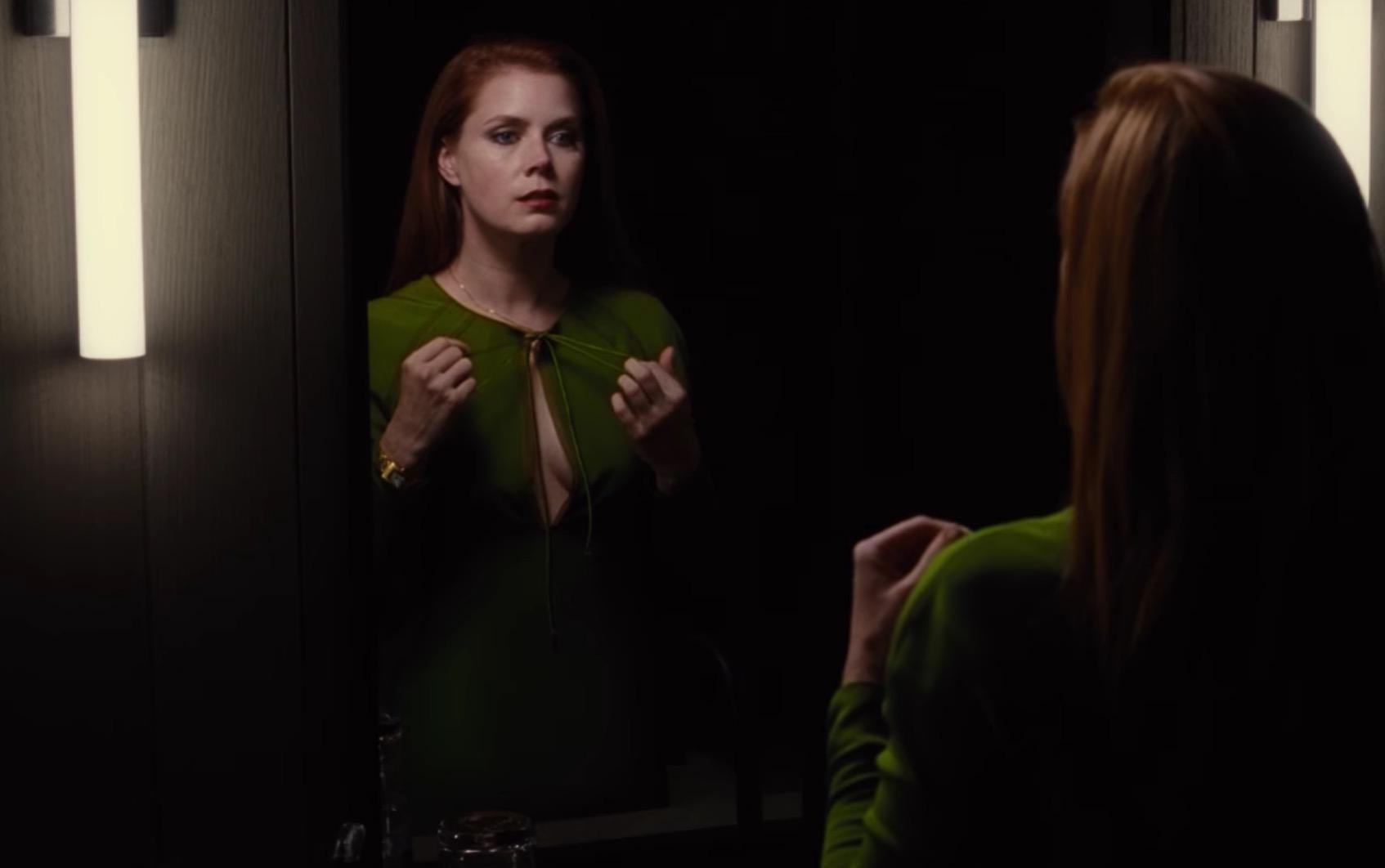 Jake Gyllenhaal and Amy Adams star as Susan and Edward, an estranged couple who finally finds another sense of connection between themselves once again. Susan now runs an art gallery and she receives a manuscript of a book that Edward, who has now become an author, has written. Soon, fiction and non-fiction come together as Susan begins reading the story which revoles around a man named Tony (played once again by Jake Gyllenhaal) after he becomes powerless after his family was kidnapped, raped and then murdered. There’s something clear within the structure of the story-within-the-story that was only set to fuel where Nocturnal Animals was set to move forward to but it instead went on to prove itself more troubling then onward.

It’s clear already that Tom Ford hates both of his lead characters in some way and the moment in which Susan receives the manuscript almost in a manner like revenge made clear what he thinks of Gyllenhaal’s character. I love the idea which Tom Ford is willing to present, for revenge takes the form of a work of art and in this case we have, but considering the sorts of characters whom we are watching it seems like it ends up resulting to a frustrating outcome. We have a picture that shows how the past marriage of Amy Adams and Jake Gyllenhaal comes together almost like the manuscript that Gyllenhaal has sent Adams, but there’s something troubling coming along when observing the film’s gender politics and looking upon what it may have ended up saying inadvertently.

The structure itself is unique, but the metaphor Tom Ford presents about relationships is frustrating enough when looking at where his anger is being let out. On one end, the sort of image that it wants on Gyllenhaal’s part is a feeling of violation akin to rape and murder – only to become even further complicated after we look upon where Amy Adams had went on with her own life. It’s frustrating enough having to go down to the film’s gender politics in this scenario because the very nature in which it was utilized seems in some way contradictory to Ford’s aim for it seems to come out as if Adams is in the wrong for a decision she had made amidst their failing relationship by creating sympathy on Gyllenhaal’s end. By nature, such a metaphor would have gone on to show that something much more twisted could have come out as relationships end up failing but it never seems there’s enough behind Adams that would make her worth the criticism the film places upon her other than where we observe she has become these years after the failed relationship.

The performances keep the film watchable enough, but Michael Shannon and Aaron Taylor-Johnson are the real standouts. What I’m not going to deny is that Ford has created a beautiful looking film but under his direction it seems as if Nocturnal Animals only is losing track of its own self for we see connections between story without a semblance towards an impact that such parallels would have drawn out. Instead of an impact in that regard, what only comes out is just something so empty amidst the style which it presents itself as comfortable enough within. The ending soon feels like a satisfying enough note on a count that it shows that both Adams and Gyllenhaal have found themselves at odds with one another, but most of the film seems built upon an undercooked mystery that alas failed to have me gripped, for there’s a moment of glaringly obvious symbolism that gave away the general direction too quickly.

If Tom Ford were to make more films, I surely hope that he won’t leave behind something nearly as frustrating with what it wishes to say as this. There was a point to which I was only thinking about how much more obvious the delivery could have made things out to be, but at a certain point I was only wondering how much more could Nocturnal Animals end up falling upon itself after what it intended to say had only turned out moving not in such a direction. It would be easy enough to admire what it presents amidst its structure but amidst the appealing visuals it displays, the emptiness of its emotions, even with some of the most talented actors on the screen, only becomes clearer. As he stands right now, Tom Ford has already impressed me once, and now he has left me cold.