I like seeing an entertaining slasher film becoming the backdrop for another film being about finding out what has been done wrong by oneself. As a matter of fact I was on board with the idea of the film’s protagonist being stuck within a time loop to to continuously die before finding out who was her killer as long as the film knew what it was. It was easy enough for me to say that for the most part, Happy Death Day seemed to be exactly that – but considering I didn’t expect much out of the film it also caught me where the film was growing to become, and I was in for what would have been a pleasant surprise. Then quickly enough, a twist that seemed so cheap, rushed, and even predictable rendered everything pointless. It’s a shame, because Happy Death Day wasn’t a movie that really took itself so seriously and created a charm from such, but it never seemed fully utilized. 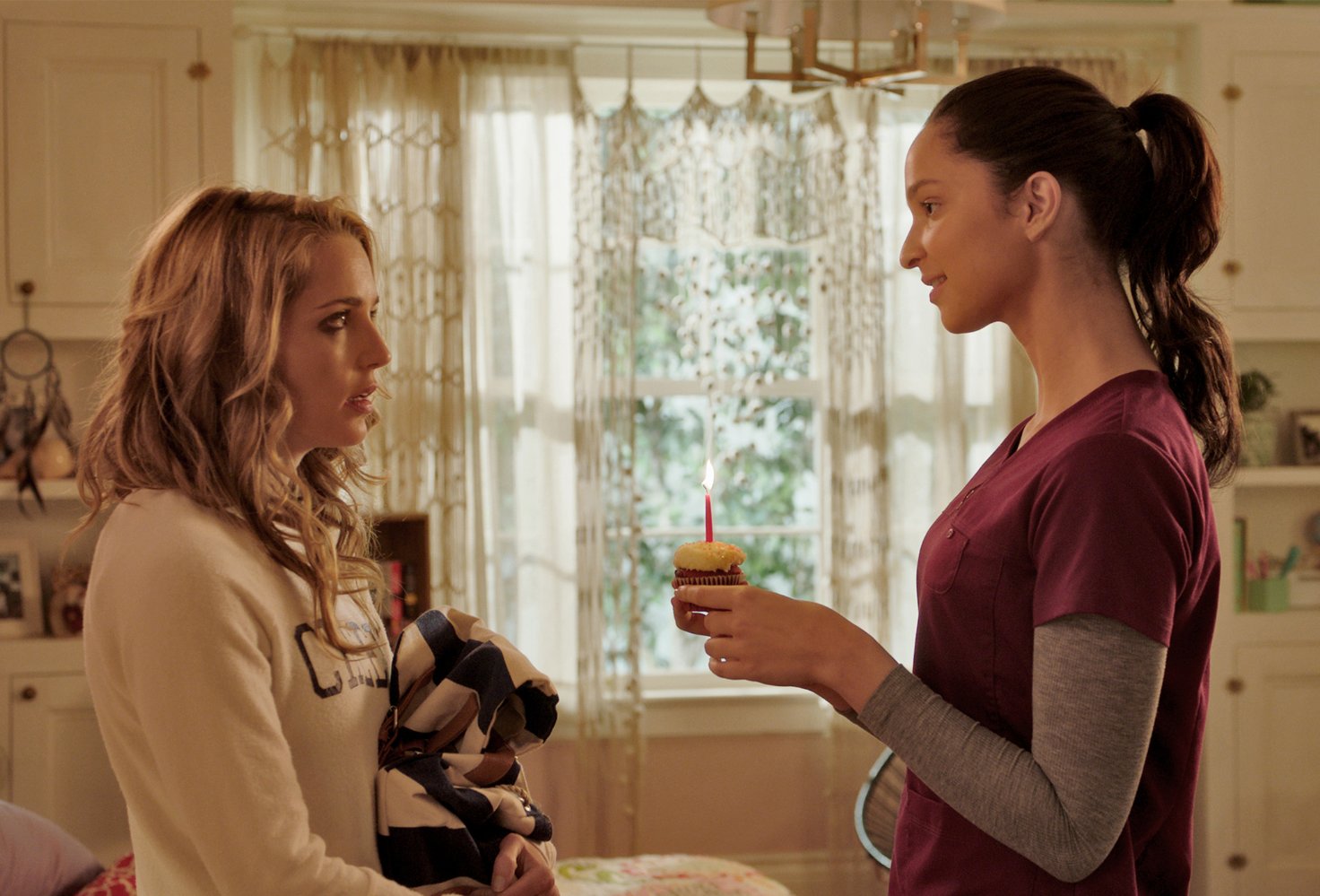 Tree is trying to celebrate her birthday, but is killed after being lured into a tunnel by a hooded figure who is masked with her campus’s mascot. She wakes up after death, relives the same day over again each time, and now is left surrounded by the mystery of who the killer could be. It’s a familiar premise, but with the right amount of effort it could easily be an entertaining enough way to burn away an hour and a half. Director Christopher Landon seems to know already what sort of movie he was making with Happy Death Day, and it’s admirable enough that he kept a consistent tone that would keep the film running properly, yet a final reveal has only rendered what the film was growing to become pointless.

I didn’t mind so much the fact that Happy Death Day was a horror movie that lacked gore, because the PG-13 rating would already have indicated that Landon didn’t wish to create something that would take itself seriously all the way through. As a matter of fact, so much of Happy Death Day built itself to be funny enough and I was on board with the film’s repetition for it created a nice flow that kept itself in motion. It wasn’t particularly scary (I could do without the overuse of jump scares cued by a loud blare of music), but it was also quite funny – enough to say that it achieved its own goal rather well. It never seemed to stretch beyond that because it knew where it was reaching for, which is admirable.

Considering where my expectations were it also caught me out of nowhere that despite being a horror-comedy that didn’t take the conventions of the genre especially seriously, it was also rather heartfelt. In the lead role, Jessica Rothe is fantastic and her own character doesn’t only use the mystery of who the killer was just for the purpose of stopping everything going around her, but to better herself up too. Sure, this thread doesn’t seem as if it were the most original but it almost feels as if there is what could have been a good coming-of-age story stuck within a loop of consequence, because Tree reflects on how she’s lived her own life as a means of getting closer to the killer himself. The earnest nature of her own arc was moving, which came to my own surprise.

But all of this seemed to go fine, up until the very final reveal. It wasn’t only one that was made predictable as a result of coincidence, but it was also astoundingly pointless. After seeing Tree decide to use the fact that she was stuck within a time loop to become a better person, it only throws us off at a final reveal that makes everything that she has been built up to become feel like our time had been wasted. It felt as such because the hackneyed nature of this twist, plus a rather blunt Groundhog Day reference only seemed as if the film went out to prove itself as faux clever (the self-awareness I was fine with, up until this moment). It was then the time loop structure only seemed present to continuously torture Tree rather than have her change for the better, because after the final loop it seems as if she is only free to remain the selfish person that she always was and it barely felt rewarding.

I’m not saying that Happy Death Day should have been smarter, but when it tries to become such it only exposes what’s wrong with it. It seemed to have everything going fine, but one crucial moment only made everything feel as if my time had been wasted. What would have been an entertaining enough film about reliving a single day in order to figure out how one can better themselves only turns into what only feels like nothing more than a petty catfight. I would have been fine if Happy Death Day ended before it looped just one more time. I’m not saying that the film being aware of how dumb it can be by nature is bad, but it’s a big issue when the film can use that as a means of pretending to be clever after what would have been suitable enough. Because I’m not bent around seeing a horror movie that continuously tortures its protagonist in this way, for it seems there’s no reward in that.

All images via Universal Pictures.