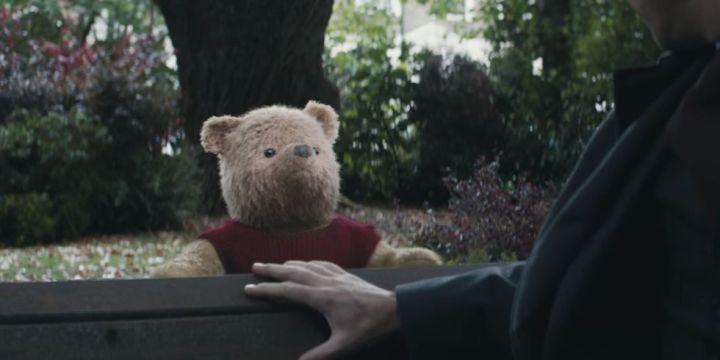 I don’t know a single person whose childhood never included Winnie the Pooh in any way, shape, or form. He was always that presence that some of us recognized for the fact that he always represented the pleasantness that we had loved most about childhood, and for that alone it was always a most comforting moment for us in our lives. But those memories fade away from us in the same way that they had done for the young Christopher Robin Milne, who later grew to distance himself from the creations of his own father. In the case with Disney’s own Christopher Robin, we already have a reminder as to how important it is to have felt such joy in our lives, no matter how small it may be – you just know it was always there. It would be in knowing this you already feel Christopher Robin being a great film for the family, because sometimes we need that reminder it should be made into something more and from the simplest words, it may indeed have come from nothing. 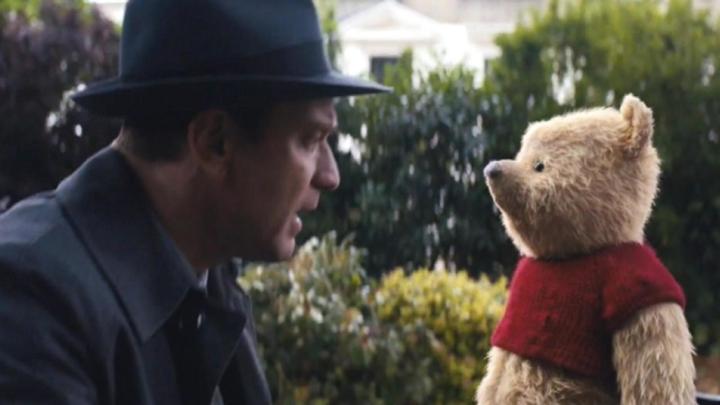 We start with a young Christopher Robin back in the familiar setting of the Hundred Acre Wood, together with Winnie the Pooh and his many other friends – as they are about to bid him a farewell. In the days since, with Christopher Robin having grown up in a boarding school, he quickly loses touch of his imagination having already encountered the news of the death of his father and serving in World War II. He soon meets a woman named Evelyn, whom he marries – and they have a daughter together. But even though he seems to have everything that he would have wanted, he soon finds himself distanced from the people he loves most after he starts acquiring more workaholic tendencies from his own job. But soon a coincidental encounter with a familiar friend may help him find everything that he needs in order to get his own life back on track, someone who helped him make his own life as joyful as he had seen it to be, someone who made the very most out of what appeared to be nothing.

The very concept of a grown up Christopher Robin having his own past catch up with him at the most unexpected moment is already a premise that would have built itself upon the burden of nostalgia, but what Marc Forster shows us with Christopher Robin thoughtfully explores how important this aspect of our childhood is in bringing us to where we have gone now. Of course with having the creations of A. A. Milne as the very basis for an allegory of such sort it would already make a more direct connection being formed from such a sort that one would have had with Winnie the Pooh growing up, but through Christopher Robin’s own journey having grown up and changed in a vast period of time, you already find yourself reminded of what that moment of your life had felt like – and it feels like a moment where you know you recognized yourself as truly being happy. It was everything one knew Winnie the Pooh represented, for in his won simplicity you still recognize a ton of heart – and it seems to be something that people can easily forget about.

Ewan McGregor’s own charisma is something that can so easily be admired by many, but it’s the way in which he still creates a relatable personality out of Christopher Robin that allows the character to resonate. You still recognize that sense of wonder and excitement from embracing everything that makes oneself feel happy. If Winnie the Pooh was representative of the curious spirit that kept us moving forward, Christopher Robin is the human embodiment of the joys that we experience upon the discoveries our imagination has brought us to. But of course, the world of growing up is something that horrifies us, even as we already know we have to come to that point of our lives, because we know we’d forget about what made us so joyful. It’s the way McGregor personifies this joy that makes his portrayal of Christopher Robin feel so honest and genuine – like the memories that we hang onto for our whole life.

Returning to the Hundred Acre Wood in live action was not something I expected to have worked nearly as well as it did, but under the care of Marc Forster it still manages to shine so thoroughly. It still appears almost akin to a faded memory of childhood, even with the recreations of Winnie the Pooh and the lot taking on the form of stuffed animals, but it still works because it just captures the very essence of how these memories last and how they affect your life at its current state. Forster uses a very fitting visual look in order to capture that sense of a fading memory throughout Christopher Robin and at its worst it can make the film appear too gloomy but at its best, it still evokes the feeling of wanting to search for repressed happiness among people of all sorts.

Maybe it’s a bit too caught up in its own simplicity, because this obviously isn’t a perfect film – but I feel that for what it is, it still works effectively. There’s a whole lot more that a story like this could have become, but I can’t help but find myself admiring Christopher Robin just for capturing the joys of childhood in such a way that they already hit back like a memory we’ve kept at the back of our head for so long. It feels like a nice reminder as to why we hold onto them, for in its recreation of how we remember our imagination has sprung to us within the given moment, it still evokes only the best. Sometimes, it’s nice to have a chance to look back upon those moments and think back about how they’ve affected our life for the better – and maybe that’s where the motivation within the future can come for something greater.