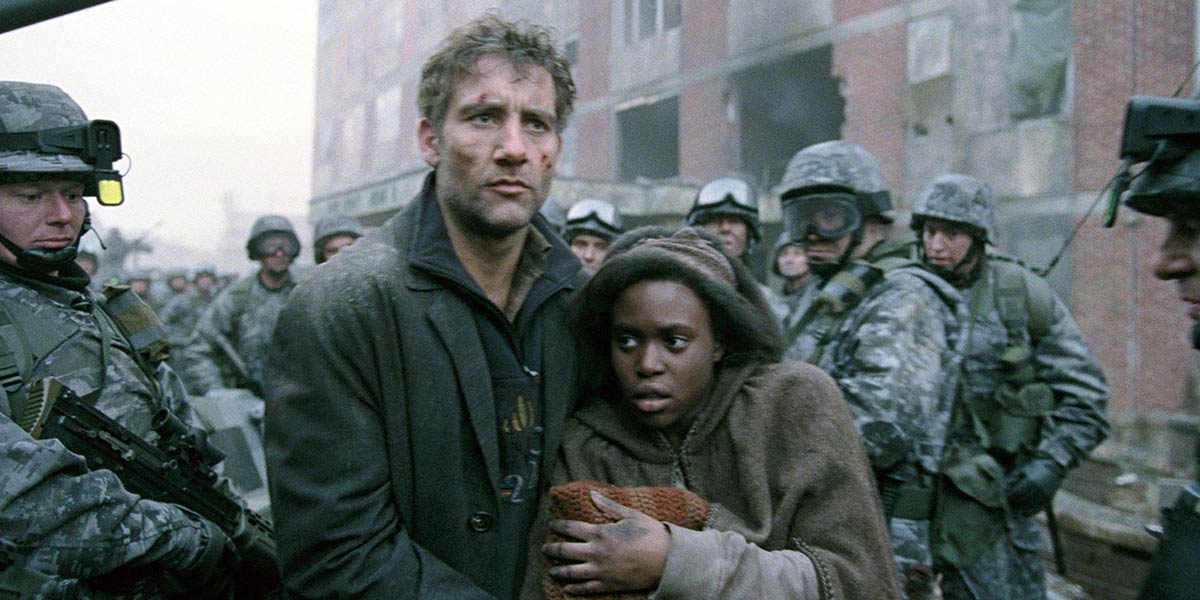 When talking about the greatest science fiction films of the 21st century, for me only one film comes to mind when talking about the very best of such and that film is none other than Alfonso Cuarón’s Children of Men. Although its setting into the future may not have exactly predicted the turn of events in our world to come, there’s still something scary about the fact that we as a species have come so dangerously close to approaching the chaotic world that Children of Men shows us especially if the political climate only ever encourages such mayhem. Worth noting is the fact that Children of Men had barely made enough money to recoup its budget back when it came out, only being reflective of what it feels to be ignored when a message so important needs to find its way to get out. You’ll only watch a film like this wondering how come it actually happens to be so prescient, but at the same time you’d never want any of this to feel like it could become our own reality. You don’t ever want to see something like this happening, and you can continue telling yourself that it won’t ever become the truth, but that’s what makes Children of Men stick its landing so beautifully.

Set in a world where no babies have been born in nearly two decades, the United Kingdom remains one of the only functioning governments as the whole world has plummeted into a state of chaos. Harsher immigration laws have come into effect, with many of those who try to break said laws often being seen as subhuman at the hands of government-inflicted terrorism. At the center of everything is a man named Theo Faron (Clive Owen), who was once part of an activist group alongside his wife Julian (Julianne Moore). Upon a chance reunion, they have also found a pregnant woman named Kee (Clare-Hope Ashitey) by miraculous circumstances which means that Theo has to head back into his more politically radical days for he is tasked with keeping her safe in order to restore the future of humanity. Although noted to be within the science fiction genre, there’s another power that Children of Men carries in the fact that the scenario almost reflect the reality in which we live in. It is a film whose power can be felt in its prescience, especially regarding the oppressive nature of the political climate, which feels even more relevant now than ever, but as we near the date in which the film is set within, there’s also a more haunting effect left behind by how it portrays the subject at hand.

Children of Men doesn’t build up its world through cheap exposition but rather you already have more than everything you need to know in the film’s opening frame – in which you see a crowd of people gathering together inside a cafe upon the news of the death of the youngest person on the planet. In one of the film’s noted long takes, the camera follows Clive Owen as he prepares his coffee after exiting the cafe, as the same cafe is bombed – right before the title card hits. Cuarón’s greatest strengths can be felt in mere background details too, as our glimpses of a chaotic world can be seen through what remains of a functioning government in the United Kingdom, defined through the sight of other humans, unable to speak English, being denied access to a comfortable life as they are deemed to be illegal immigrants. Yet even under a functioning government, animalistic instincts are still present – further moving its people back. Everything you need to know about the world is spelt by the background, there’s no need for any further explanation for Cuarón creates a beautiful contrast between background and foreground in order to make his statement so much more resonant.

The most impressive feats of the film can also be best summed up by the long takes,  shot beautifully by the always reliable Emmanuel Lubezki, but it’s astonishing enough just putting into perspective everything that Cuarón manages to capture as the shots continue going as long as they do. There’s a great deal going on in the background in Children of Men, but Cuarón and Lubezki never let any of it escape your sight – whether it be an action sequence or a more quiet scene. Formally, it’s an impressive feat, yet it also captures the chaos of the moment so perfectly. It’s impressive just on the count that you feel it all around you, never stopping even for a single moment. You’re made to look at the backgrounds and take into account the fact that you’re seeing an entire world falling apart, and it’s an authoritarian ruling that continually oppresses its own people. Everything that shows any semblance of screentime is made to feel relevant to Cuarón’s message, and it’s beautifully executed too.

In telling a story of a search for safety through a chaotic United Kingdom, there’s still optimism to be found from the central conflict: a pregnant woman who has escaped infertility. Alfonso Cuarón beautifully blends this together with thrilling action sequences and often contemplative moments where you’re made to reflect upon what we can do to create a better future. Yet the most important factor in making all of this feel so resonant is the fact that Cuarón allows every character to feel so fully realized no matter how much screen time they take, whether it be Clive Owen’s Theo or Julianne Moore as his ex-wife Julian – you can already feel every character leaving their impact regardless of whether or not they are taking up the screen or in their sudden final moments too. But in this world of chaos, there aren’t many villains besides the government that continually lives under a bubble that sees their actions as being for the betterment of mankind’s sake, ignoring what the future could bring.

There’s a great power to be felt in the sound of children in Children of Men, because you feel Cuarón is optimistic that things can get better. In the manner with which it contrasts the world that you’re seeing in Children of Men, there’s a thought to yourself that the sense of happiness that they can bring up from someone can be taken away in the flash of an eye. Somewhere, sometime, all of this could be happening and the warnings have always been there. In the peculiar choice to have the children as a MacGuffin, Cuarón hasn’t only made a film all about a film about the lack of possibilities for a future, but a film all about trying to survive as the concept of civility and co-existence is slowly fading away. It all speaks from the backgrounds, as you see humans trying to survive solely based on instinct. You don’t need to see the ruling authority in order to get a sense of what they’re doing to their people, you just need to see what this world looks like. Children of Men isn’t any ordinary science fiction film, for in its parallels to the real world you feel brilliance. Whether or not it feels timely, the disconcerting nature of should be more than enough to say why it may be the best science fiction film of the 21st century.