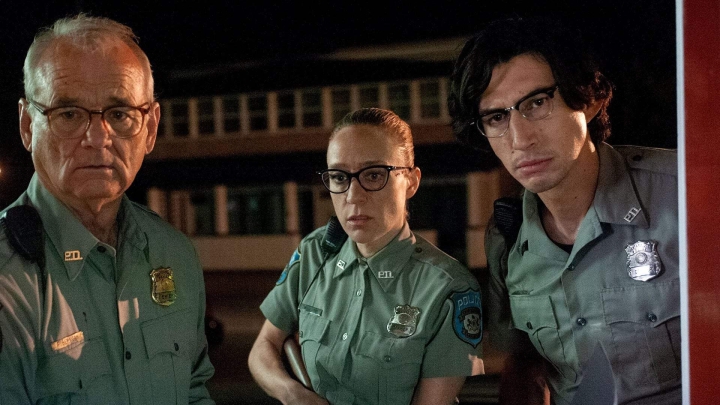 Jim Jarmusch is one among the most unique American filmmakers working today, for his deadpan sense of humour and otherwise outwardly visual style makes him stand out from many others. But even being too involved with that sense of being so distinctive can take a director like Jim Jarmusch somewhere, and in the case with The Dead Don’t Die it seems to have gotten the better of him. If anything, this almost feels like an actively lazy effort from Jarmusch which isn’t something that I would have expected from him, and even as a longtime fan of the filmmaker I was hoping that even for as messy as the results would have been, The Dead Don’t Die would at least be something I can find enjoyment from. And the joys are definitely present within the film after all, but there’s a point to which you also find yourself getting quite weary because Jarmusch isn’t really doing terribly much here that wouldn’t already feel as if it came out from a feature-length effort of an overeager student filmmaker. Which I suppose is the point, but it didn’t work at all for me. 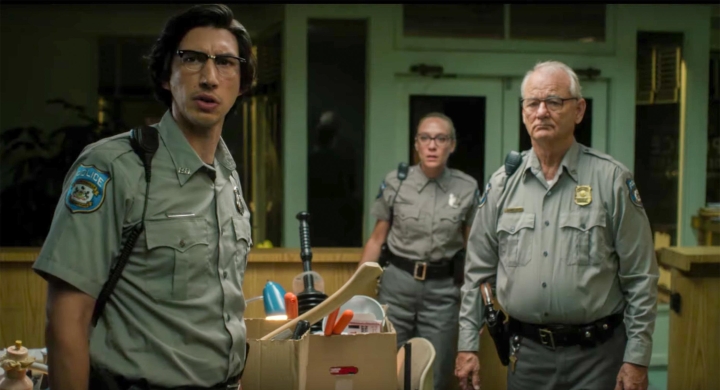 It starts off in any other town that could look just familiar enough to any viewer. It’s a fittingly named setting, “Centerville,” but suddenly a zombie outbreak takes over and the people of Centerville must prepare for battle. With a star-studded cast going from Bill Murray, Adam Driver, Chloë Sevigny, Danny Glover, Steve Buscemi, Tom Waits, Tilda Swinton, Selena Gomez, and Caleb Landry Jones, you’re already given the idea that they’re about to respond to the outbreak in many different forms, whether it be via observing the attacks or basing off previous knowledge from zombie films or even superstitions of what’s to come in the future – but I’m particularly unsure about what Jim Jarmusch wanted to create here. It all seems to start off perfectly, like Jarmusch at his finest – with the deadpan humour and maybe even obvious parallels towards what’s happening in the real world, but the fun that comes by can only last long enough before it starts wearing thin. I’m almost certain that Jarmusch had a different scenario in mind when he was writing The Dead Don’t Die, but didn’t even know where to go with it – so we’re left with what almost feels like a parody fo a Jarmusch film too.

The performances all across the board are entertaining enough to make the ride worthwhile, but it all depends on how much you’re willing to come on board with the idea that every character is meant to fit under an idealized stereotype. Tom Waits as the observant hillbilly and Steve Buscemi as a “Make America Great Again” redneck already are funny enough on paper but Jarmusch doesn’t really flesh them out to the point where you’d find yourself really caring about them in hindsight either. If this film even really had central characters at that, your best bets are the police officers played by Murray, Driver, and Sevigny, all of whom are entertaining to varying degrees but because they’re all made to abide by certain personality quirks, you can only ever find yourself feeling like you’re watching a film that almost seems artificial (something that I will get to later in here). If any of the cast members ever really felt like they’re having fun with what they’re doing because they don’t seem like they’re reduced to the background, it’s easy enough to say that Tilda Swinton is the best of the bunch for it seems clear she’s on board with the weirdness of what’s to come.

Where everything starts to wear thin, unfortunately comes from the idea that this all feels like it’s trying to be a fake movie in that regard. It starts off perfectly, setting itself up to play almost like a loving parody of the films of George A. Romero too – from the introduction of the zombies or even the basic character layouts too. Even the means as to why the zombies had come about even seems intriguing, up until everything starts getting rather stale and repetitive. You’re sitting there wondering if Jarmusch is repeating everything to build up to some sort of punchline, but with the amount of stories that come and go and ultimately end up heading nowhere, it’s hard to tell if Jarmusch’s intentions with this ever really feel sincere or are nothing more than a cruel joke to play on the audience. It all feels structured around the same one or two running gags, but by the end it almost seems as if Jarmusch had even given up on his own creation – for what he throws in at the last minute is something of another sort. And these decisions seem so out of character even for Jim Jarmusch too, because at most the reveal only makes everything that comes out afterwards feel like you were watching a movie that was made as a cruel prank on its own audience. It’s like seeing Jarmusch laughing at you from up high and only those who are on that same platform are in on the joke too because they know what’s coming they’re way.

The Dead Don’t Die might be entertaining enough up to a certain point but everything after that will most likely have you feeling worn out. But that about sums up what it almost feels like Jarmusch had gone through as he was writing The Dead Don’t Die, so much to that point it seems to have worn out even his own trademarks that would have made his work so distinctive too. But at least you’ll get a really good Sturgill Simpson song out of all of this, because it seems to be the one aspect of the film where it feels as if Jarmusch didn’t totally give up on his own creation. With all the talent involved with The Dead Don’t Die, it’d be easy to say that there’s a great film that could have been made with all of these ideas or even the love of zombie films that Jarmusch so clearly wants to show. But it seems only half of just about everything is realized before the other half is wasted on becoming a film that seems to throw all of that away for whatever reason. Though I suppose if Jarmusch stopped caring at the midway point, I’m wondering what reason there is to continue going on.